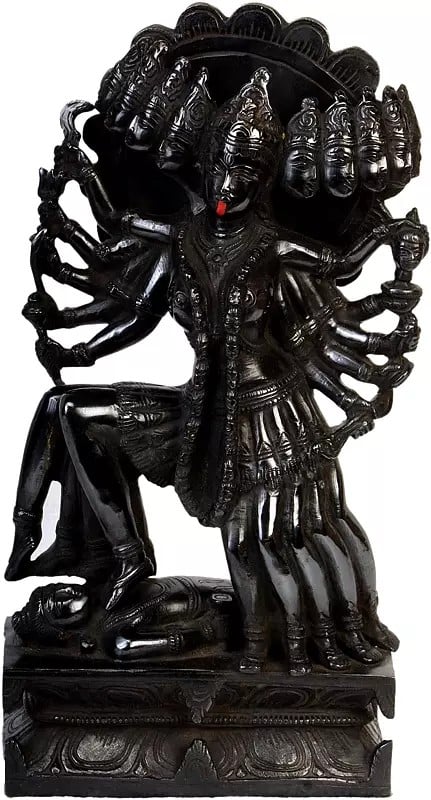 15" Beyond Mahakali’s Ferocity in Brass | Handmade | Made In India

The ferocious Mahakali, as black as the blackest night. But for the scarlet gleam of Her bloodthirsty mouth, the iconography of Her that you see on this page is a statement monotone composition. With Her multitudinous heads and limbs, She proceeds to step right upon the great breast of Lord Shiva, Her husband. This utter submission in the stance of Shiva accentuates the independent omnipotence of Kali.

Every feature of Her numerous faces, the curve of every limb She is possessed of, has been carved with remarkable detail. Despite the anatomical oddities of Her appearance, Her body emanates with a lifelike quality, which is in turn superseded by an unputdownable harmony. A girdle of severed arms of devotees clothes Her loins; a garland of the heads of slayed adharmess barely covers the feminine curves of Her torso. Each such detail has been attended to with the greatest care and skill by the artisan.

Despite the wrathful language of Her form, the face of Kali bears an equanimous expression. Those features, like the shapely hands and feet, are delicately sculpted and betray the vulnerability inherent in the beauty of the feminine. As such, She is no less of a devi than Her serene counterparts; and, in fact, may be their superior in terms of divine prowess. 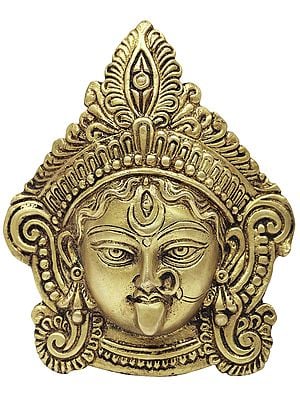 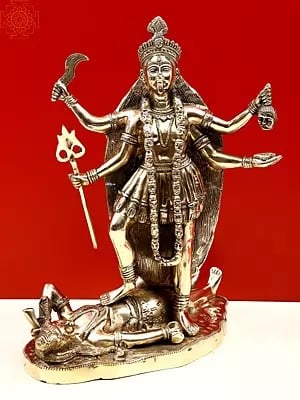 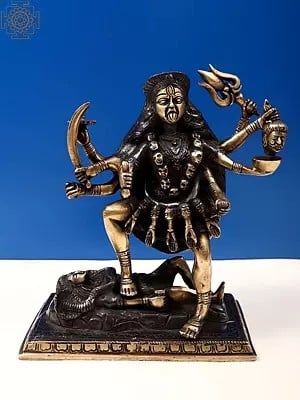 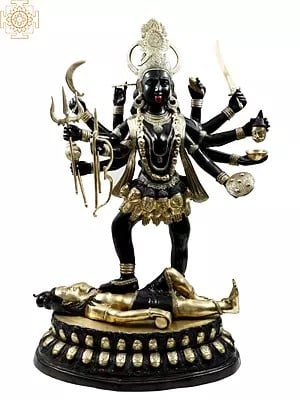 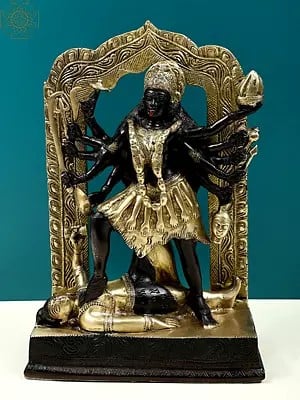 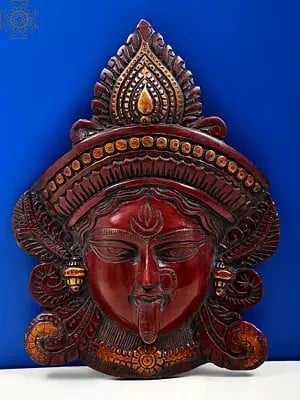 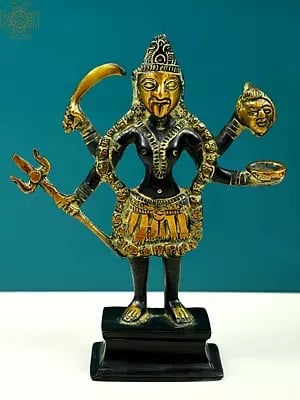 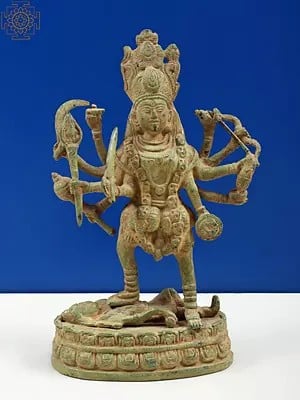