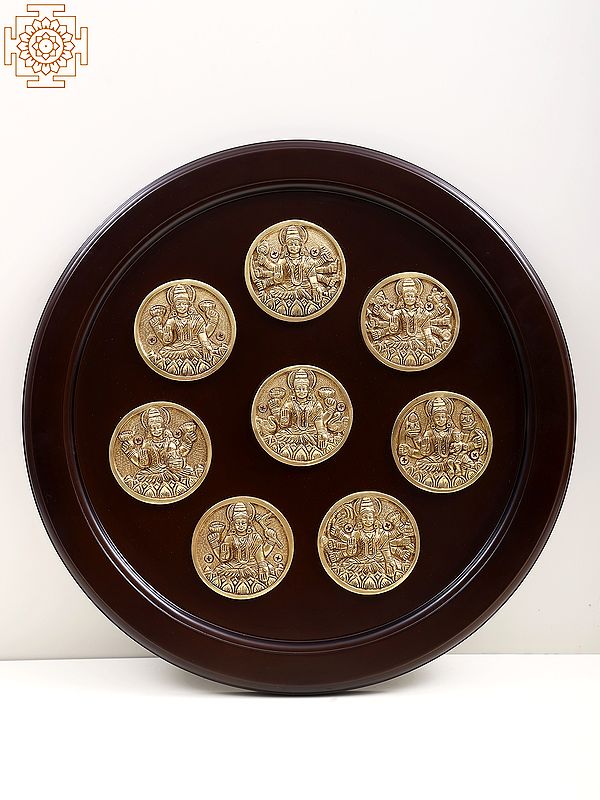 Goddess Lakshmi is the supreme Shakti or the principal energy in Hinduism. Worshipping Lakshmi is a way of turning dreams into reality by being granted by the boons of wealth, prosperity, love, fortune, joy and beauty and hence helping in leading a person towards his or her desired goals. Ashtalakshmi is a manifestation of eight forms of Hindu Goddess Lakshmi, who are popularly worshipped and always shown in a group, with each of them presiding over the eight forms of wealth. This beautiful Ashtalakshmi wall hanging is a unique depiction of the same, having each of the Ashtalaskhmi circular brass plates grouped in a flower formation on a decent chocolaty hued circular wooden tray designed with a thick circumference.

The combination of light (gold) and dark (brown) gives a rich look to this wall hanging, hence gracefully ornating the place wherever hung. All of the Lakshmi forms are seated on a blooming lotus base and embellished beautifully in luxurious jewels that complement the silk sari they adorn. One with the white flag and lotus in posterior hands and anterior ones in abhaya and varada mudra is ‘Adi Lakshmi’ or ‘Maha Lakshmi’ (ancient form of Lakshmi); worshipping her is a path of realising the state of absolute bliss and peace. Just above Adi Lakshmi, is ‘Dhana Lakshmi’ (Goddess of wealth) holding a pot (kalash) of coins and granting a boon of fearlessness. Next comes the ‘Sanatana Lakshmi’ with six hands carrying her iconic weapons and a child on her lap. One at the top holding two lotuses each and in abhaya and varada mudra respectively is ‘Gaja Lakshmi’. She is the giver of animal wealth and can be easily identified by the presence of two elephants on either side bathing her with water.

Towards the right with eight hands holding chakra shanka, sword, bow, arrow and a bundle of palm leaf scriptures is ‘Veera or Dhairya Lakshmi’ who bestows valour and courage for overcoming difficulties during battles. After that is ‘Dhanya Lakshmi’ who holds a sugarcane, mace, paddy crop, bananas, two lotuses and an abhaya and varada mudra in each of her eight hands, as she is the Goddess of agricultural wealth who provides the ability to consume. One at the bottom is ‘Vidya Lakshmi’, who bestows the knowledge of arts and sciences. Generally, she holds a resemblance to Goddess Saraswati by being clad in a white sari, holding the book of Vedas and a peacock feather as the pen. The brass plate in the centre is carved with ‘Jaya or Vijaya Lakshmi’, who is the giver of victory in battles and life.

The Ashtalakshmis are beautifully crowned and the faces are precisely chiseled to depict their charming features. Possessing this Ashtalakshmi wooden and brass wall hanging is a way of being blessed with all the norms of wealth and happiness. 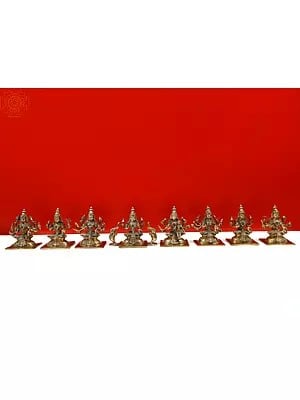 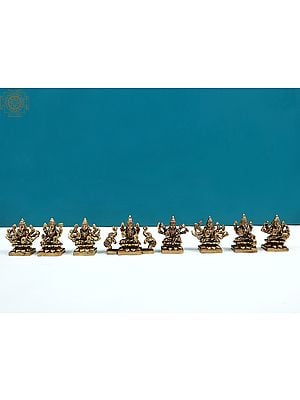 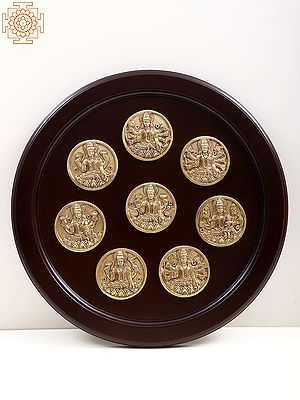 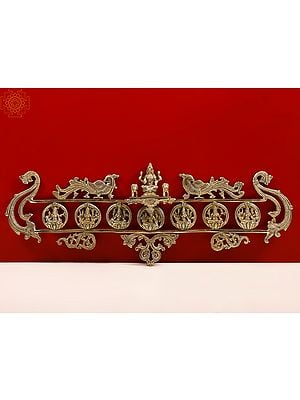 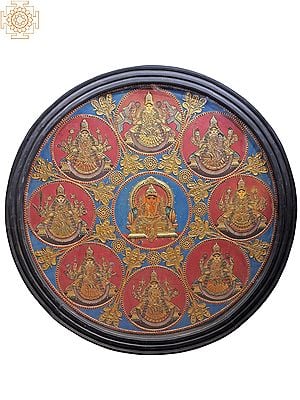 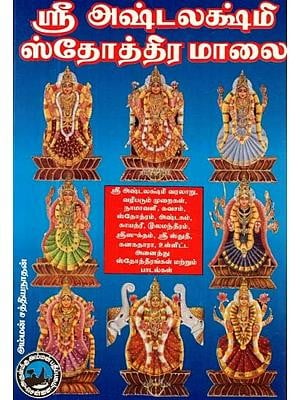 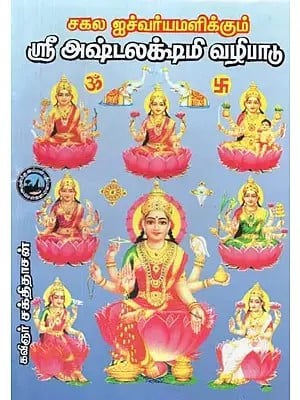 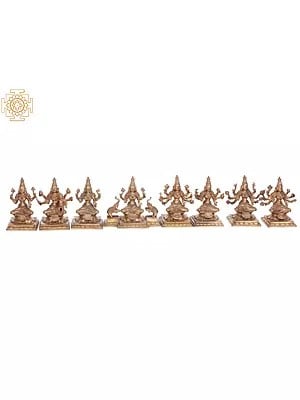 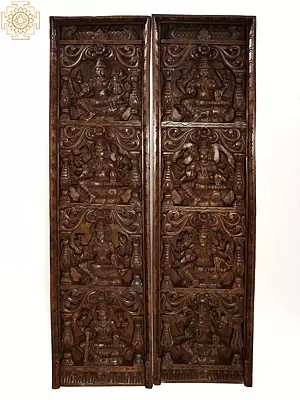 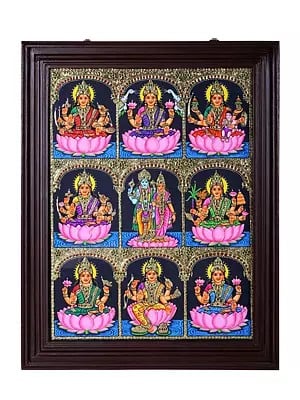