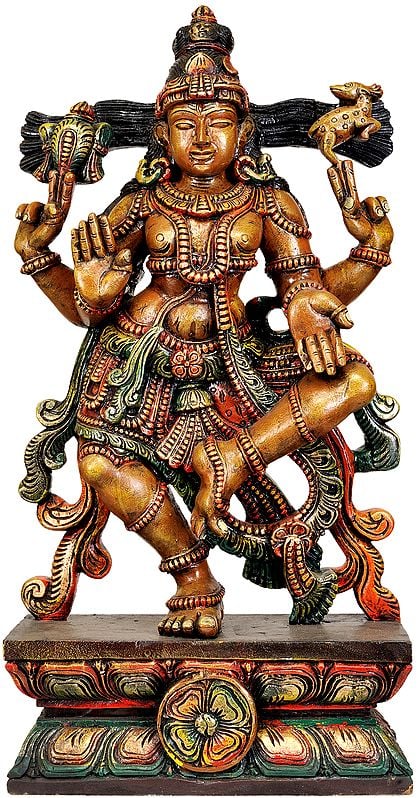 $1095
The beauty and power of Lord Shiva is undisputed. Whether it is His tigerskin-clad ascetic roop traversing mortally unattainable Himalayan passes or the fierce all-destructive dance of the Nataraja, few other deities inspire as intense a feeling of devotion in the Hindu heart as the Lord. He is to be found across the art and sculpture produced in the subcontinent, and the gorgeous wooden murti that you see on this page is no exception. Sculpted after the style of figures that adorn the walls of ancient South Indian temples, this work has been handpicked from the studios of local artisans in South India today. It is not only a fine example of a skill cultivated across generations of artisan families but also a visual rendition of the piety that runs in their humble hearts.

This South Indian temple-style wood sculpture depicts the Lord Shiva in the glory of His natya (dance). The hips and a knee are jutting out laterally, while the other leg is raised till the hem of the thigh-length dhoti. A great deal of detail has been carved onto the same, and dyed pastel reds and greens that complement the natural colour of the wood in question. A world of shringar graces His torso, and curvaceous vines descend from either side of His hips to even out the mass of the composition. Part of His tresses cascade down the back, cradling the kundalas dangling from His lobes; part of it flails on either side of His head as he motions, framing the implements in His posterior arms; and the renaming part of it is coiled into the jatamukuta that towers above His sharply chiselled brow. 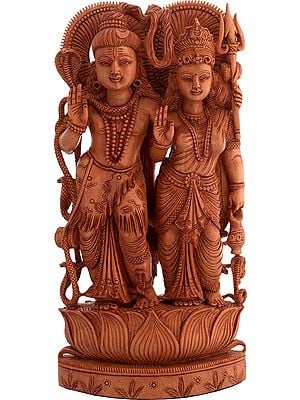 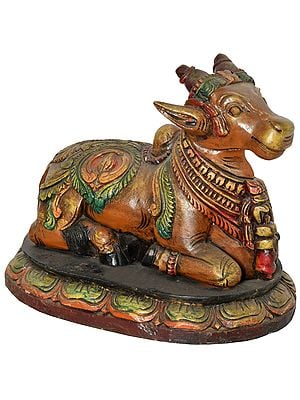 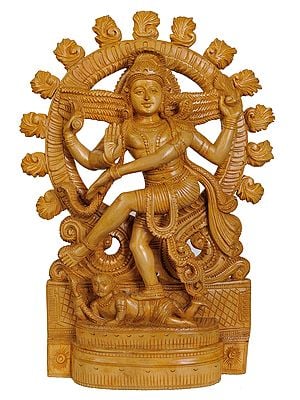 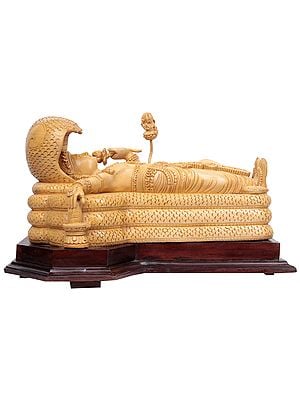 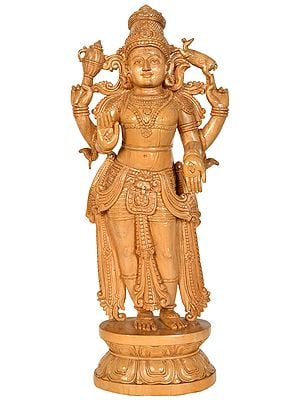 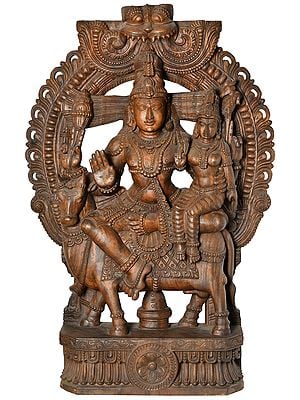 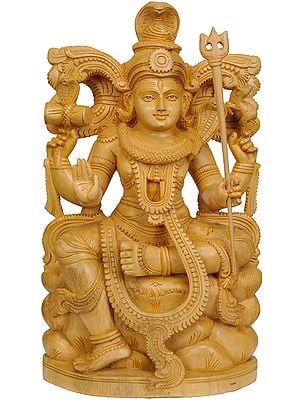 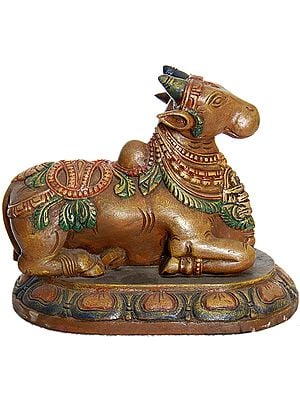 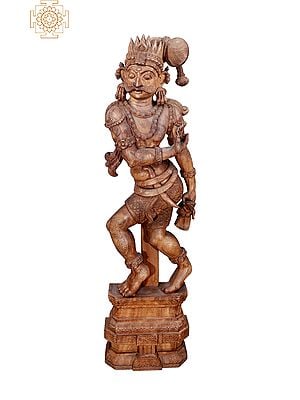 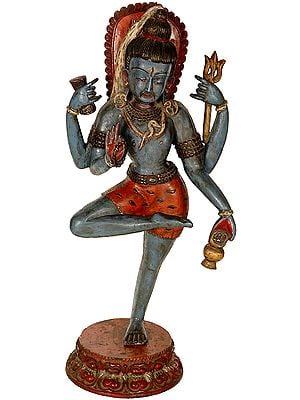 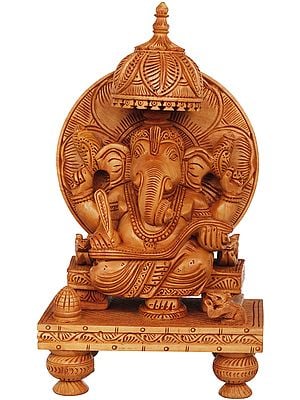 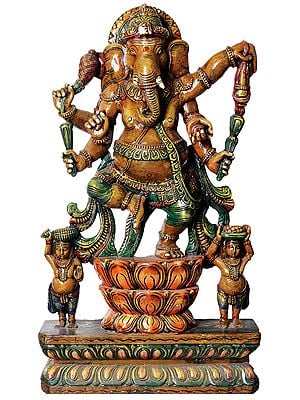 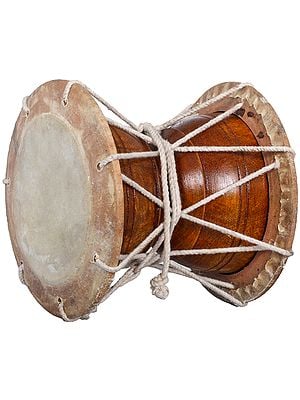