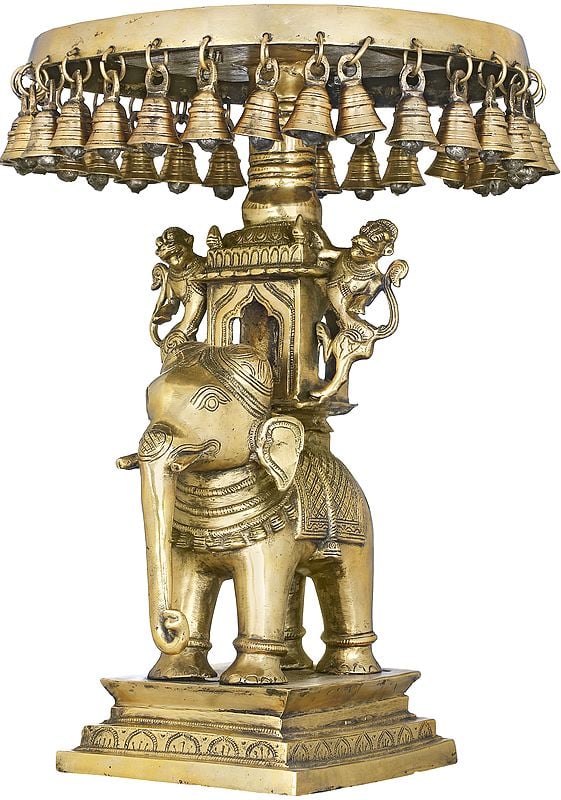 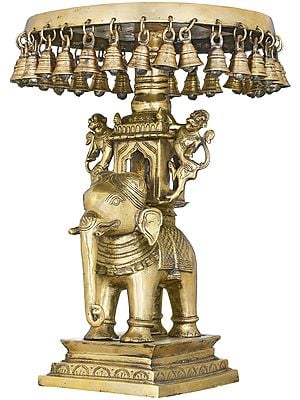 An alluring masterpiece holding the attributes of our culture and tradition is unique in its own way as it presents us the royalty and lavishness of our rich heritage.

Here’s a long trunked elephant standing on a wide stand which has been brilliantly carved out and has been beautifully patterned. Despite being a lustrous metallic illustration, this composition also amazes us with its eye catchy carvings such as the necklaces adorned by the elephant, the cloth on his back, the other ornaments and one of the most important features, the design of the marvelous palki placed over the mammal’s back and that is comprised of courageous lion’s depiction on both of the sides symmetrically. It also makes us remind of the ancient luxurious era of the Indian subcontinent as, in the old times the big kings and princes’ used to travel by sitting in the highly jeweled and modified palkis.

The umbrella like chowki which is placed over the adorable and expensive elephant’s model which is an adorable set of artistic output is just mesmerizing one as the bells hanged around it adds a spark to the glitter. The chowki has a great amount of royal feeling in it which raises our status and elaborates our standard of living. This metallic furniture looks luxurious and soothing and matches the style of ancient India of emperors.