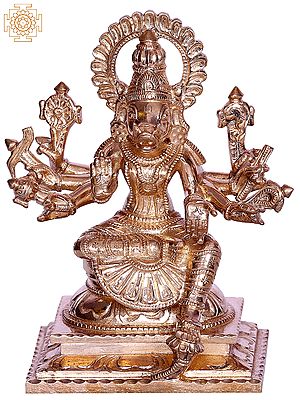 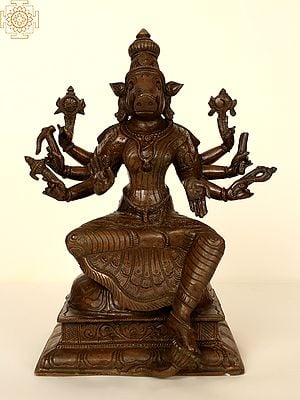 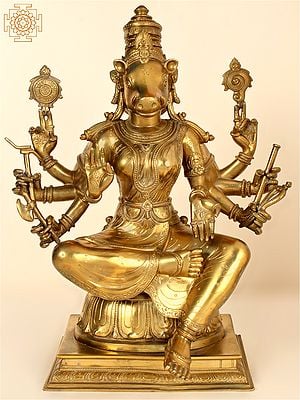 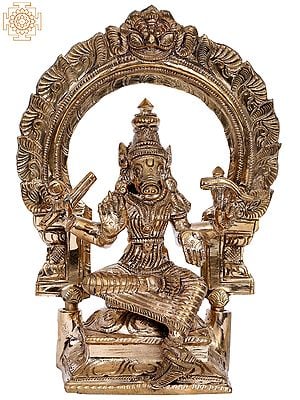 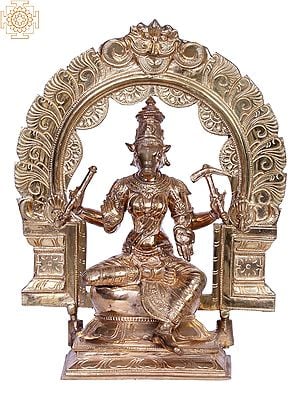 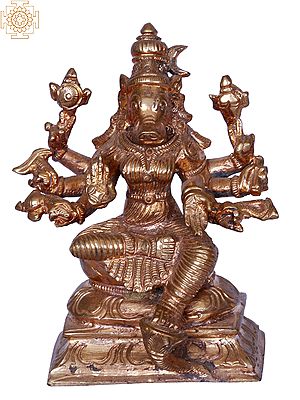 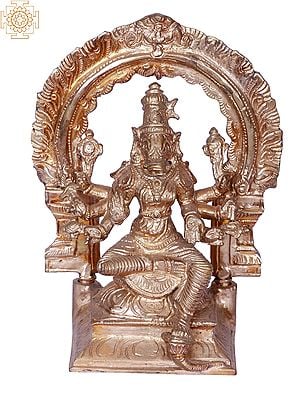 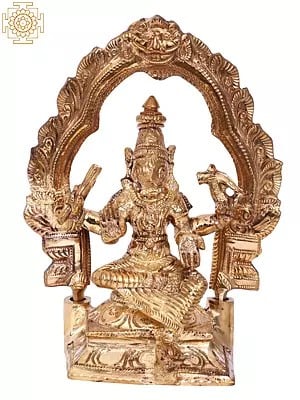 Meet the mother Goddess and consort of Lord Vishnu who massacres all that is evil on her devotee’s path, Goddess Varahi

Varahi is one of the Matrikas, one of the seven mother goddesses in the Hindu religion. Varahi is the shakti (female energy) of Varaha, the boar manifestation of the god Vishnu. In Nepal, she is called Barahi. Goddess Varahi is venerated by three acts of Hinduism: Shaivism (aficionados of Shiva), Vaishnavism (worshippers of Vishnu), and particularly Shaktism (goddess love). She is normally revered around evening time, utilizing clandestine Vamamarga Tantric practices. As mentioned in the Shumbha-Nishumbha story of the Devi Mahatmya from the Markandeya Purana sacred texts, the Matrikas goddesses show up as shaktis (female powers) from the mortal bodies of the divine beings. The sacred writings say Varahi was made from Varaha. She uses a chakra (plate) and battles with a sword. After the fight portrayed in the sacred writings, Matrikas get drunk on their victim's blood and dance. As mentioned by Devi Mahatmya, Goddess Durga makes the Matrikas from her own self and leads them in a fight against the devil Raktabija. Goddess Varahi is shown riding a buffalo while brandishing a sword, and shield, plunging into a fight with the evil army. With the assistance of the Matrikas, Durga butchers the evil presences; and when she is challenged to a single battle by the devil, she ingests the Matrikas into herself.

Q1. How should a true devotee worship Goddess Varahi’s statue?

Varahi is now and again portrayed as the Goddess of obscurity and darkness, and the ideal time prescribed to worship her is after nightfall and typically in the middle of the evening. A few devotees/temples dedicated to the Goddess even make contributions of wine, fish, grain, and meat to the Goddess.

Q2. How is Goddess Varahi depicted?

Goddess Varahi is portrayed in the form of a boar, holding a discus and brandishing a sword, with which she destroys malicious powers when required. She is often portrayed placed on a preta (corpse) while utilizing her strong tusks to battle devils. The Goddess is portrayed as standing, seated, or moving and wears the Karanda Mukuta (a conelike crown). She is additionally depicted as having every one of the various characteristics of Lord Vishnu and is often associated with holding the Universe in her belly.

Q3. What is Sapna Varahi?

Goddess Varahi often comes into a devotee’s dreams, and answers all their burning questions about the present, past, and the future. Swapna Varahi is a powerful Vidya, entirely pertinent in Kalyug. Counting the Highs, it can be said that this is a Jagat-vashikaran anushthaan. The Lows bring back recollections to track down Neelkamal or Blue Lotus and the other being the strenuous sittings required. A devotee would require no less than one (2 will be better) colleague to assist.