The author of this book, M.S. Mehta is a senior retired officer of the Indian Foreign Service and had held important diplomatic posts in man’ parts of the world.

He did his post-graduation fro Delhi University in Ancient Indian History and Civilization.

After retirement from service he learnt Astrology under the gui1ane of Shri KN Rao and did research and Visharad with distinction. From Bhartiya Vidya Bhavan where me is now senior faculty member.

He has already written three books on Astrolc4y.’ Planets and Travel abroad’. Ashtak Varga, its concept and application’, and Analyzing Horoscope through Modern Techniques’. The first two books have already run into second editions and his recently published third book has been well received with excellent reviews.

Shri Mehta is also technical editor of prestigious, magazine ‘Journal of Astrology where he has contributed many articles on mundane Astrology.

KN Rao is the founder of the prestigious school of Astrology of Bhartiya Vidya Bhawan which is the largest school of its kind in the world. He has authored more than 30 books and is founder editor of journal of Astrology. He has a major role in revival of astrology in India.

In our religious scriptures great importance has been given to the role of Guru. It has been clearly stated that it is not possible to find salvation or for that matter achieve any success without proper guidance and help of a Guru.

In the journey of life mundane success is as important as progress in spiritual field. With my exalted Jupiter in the 11th house I had been very lucky that I had met two very important personalities in my life. While I was in service I had the good fortune of serving under Shri Romesh Bhandari who took keen interest both in and in my family and furthered our interests and guided me in all walks of life. He is a great benefactor and a noble person under whom I thrived in a successful career. Working under him was a great pleasure and a privilege. I could not have found a better person and a better boss to work with.

After retirement from service it was again my privilege to have met Shri KN Rao who kindled the light of spiritualism in me and is guiding me to the Path Divine. Under his guidance I not only learned the divine science of Astrology but also became a factor in conveying his noble ideas to a large number of students.

In all humility I dedicate this book to my Gurus, Shri Romesh Bhandari and Shri KN Rao. May God bless them with a long life so that the mortal persons like me may bask under the sunshine, glory and wisdom, which both of them represent in plenty in their own fields!

It was a wish and dream of mine that an excellent book on Tajak or annual horoscopes as it has been done by Muslim astrologers, particularly of Tajakistan where this branch of astrology seems to have developed, should be written either by me or someone who knows how to handle the subtle points of synthesis between the birth horoscope and the annual horoscope.

Mr. M.S.Mehta has made a great beginning in this direction and what I expect him to do is to follow it up with some brilliant researches which have yet to come up. While I have been busy with Jaimini in which I am able to focus on the immediate as is generally done through Tajak and Prashna, I still wanted someone to do some original work on Tajak as has never been done before. To some extent, this beginning made by Sri Mehta answers that need but then he must not rest on his laurels and must proceed to show through intensive researches various aspects of man’s life within the shortest span of one year of his achievements or failures, ecstasies or agonies.

Tajak seems to have gained its importance in the middle ages, when Muslim invaders made use of it for military exploits, many of them gory, barbarian yet so spectacular as to become historic deeds of cruelties. It is now well known to many people that Timur; the unconquered military Mongol got his name on astrological basis.

I am quoting here from page 14 from the Twilight of the Sultanate by Kishori Lal Sharan (Munshiram Manoharlal Publishers Pvt. Ltd. revised edition 1980) about what he wrote about the Amir Timur also described as Timurlane.

“Amir Timur Gurgan, who led a terrible campaign into Hindustan in AD 1398-99, and dealt a mortal blow to the Sultanate of Delhi was born on Tuesday, 9 April 1336 (25 Sh’abab, 736 H) in the town of Sabzwar about 40 miles south of Samarkand. His father was Amir Turghay, chief of the Gurgan branch of the Barlas tribe, and his mother was Taghina Khatun. To belong to the Barks tribe was no little honour, yet his extractions has been need back to the fabulous virgin Alankua, reputed to be the common ancestries of Chingiz and Timur. Also, since he won many great victories, his birth was considered by historians to have taken place under the conjunction of auspicious planets, in consequence of which they associated with him the title of Sahib-i-Qiran or Master of We Conjunctions.”

(In a footnote, Qiran is explained thus:

“Qiran indicates, in the astrology of Persia, conjunction of two or more planets. Timur was born in Mouse year (first of the Turkish cycle) under the cycle of Capricorn. He was the first to take the title of Sahib Qiran but the same is not found on his coins. J.A.S.B., VI (new series) 1910, 574-75 A.N., Bev, 1, 205 Gibbon (II, 1233 n) however, doubts if he was born under this conjunction. Also Sykes, History of Persia, II, 199. 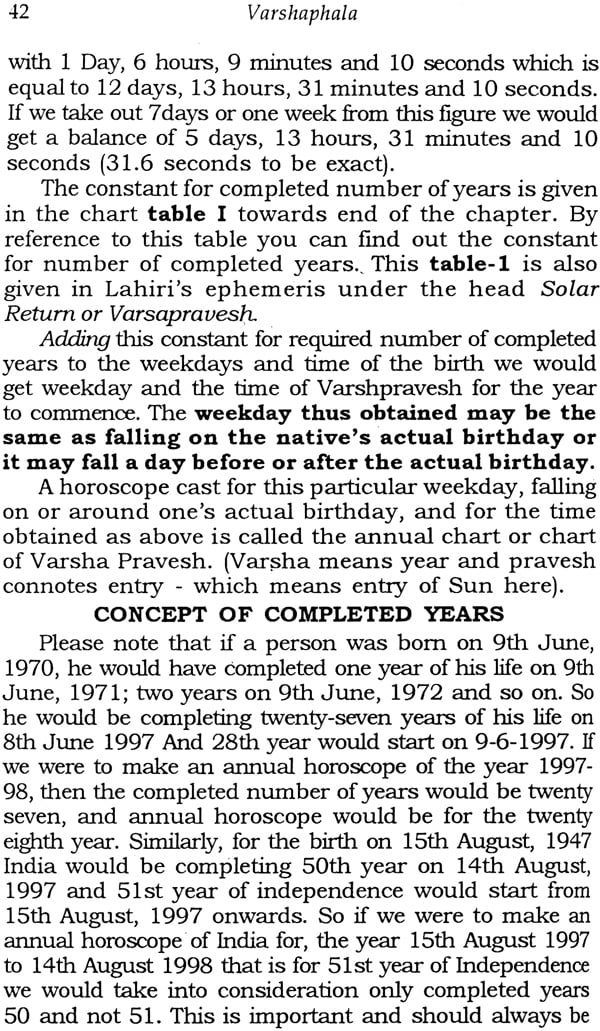 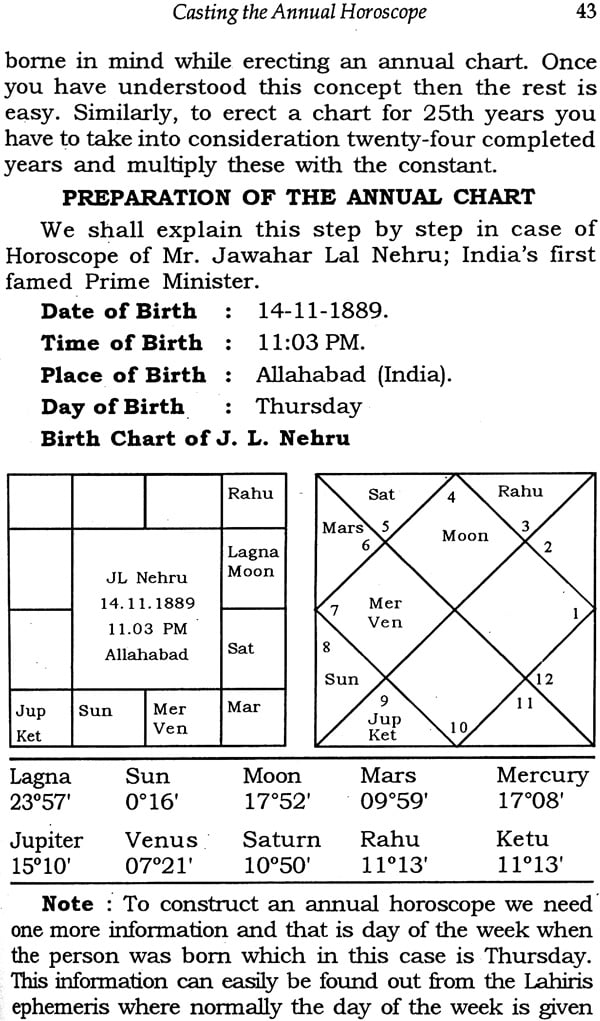 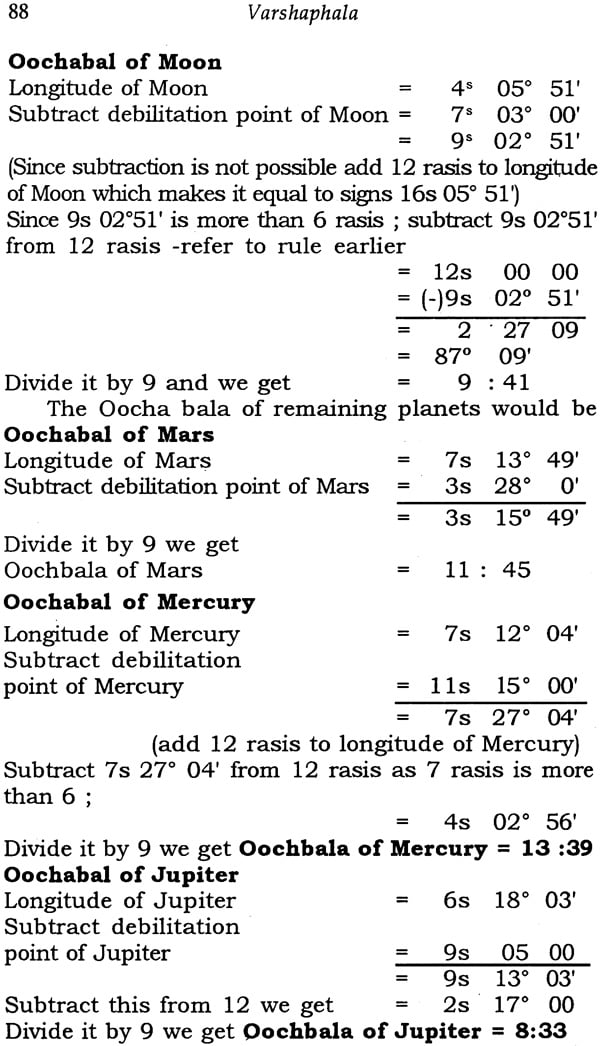 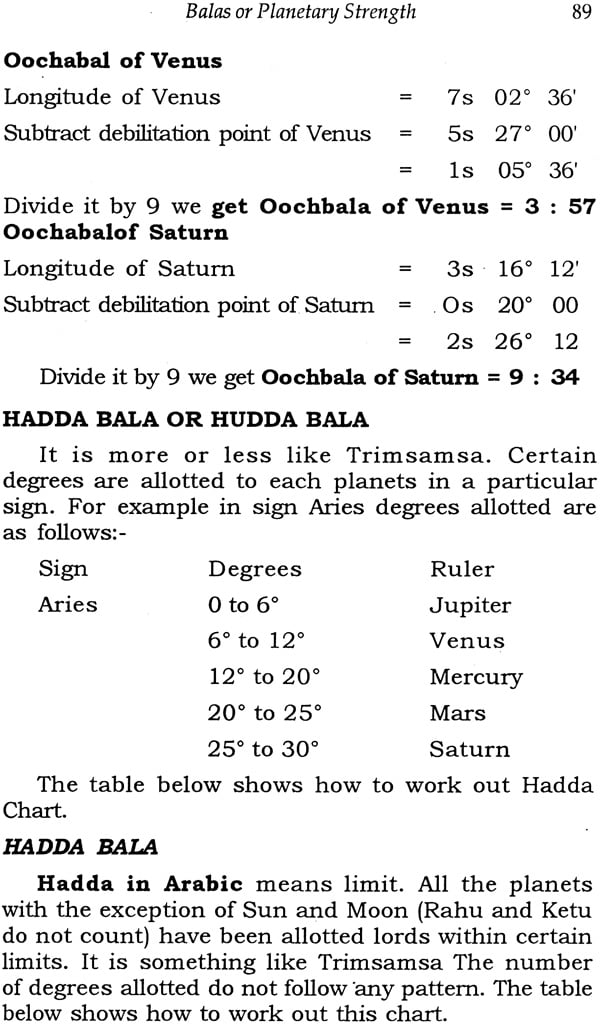 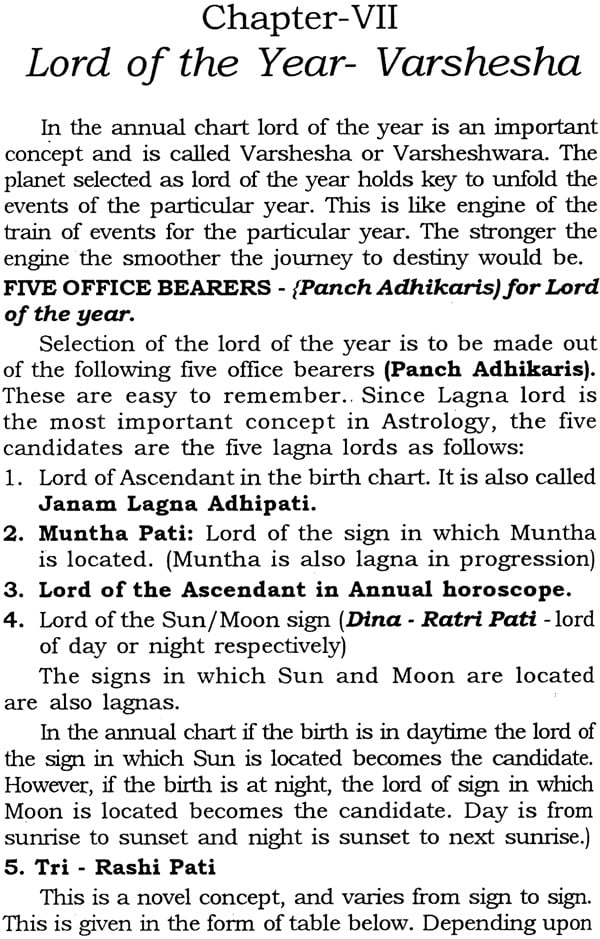 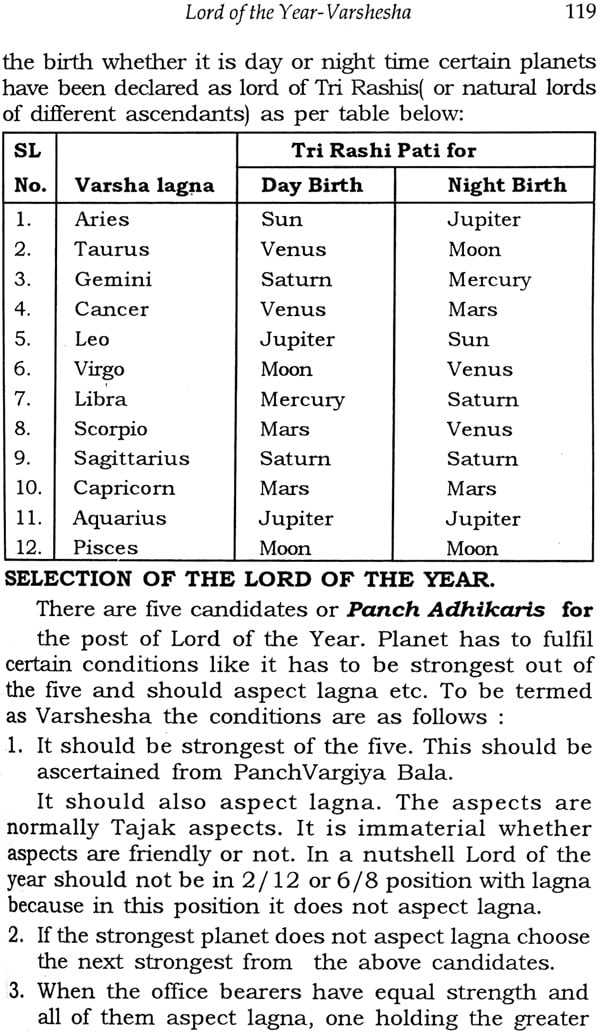 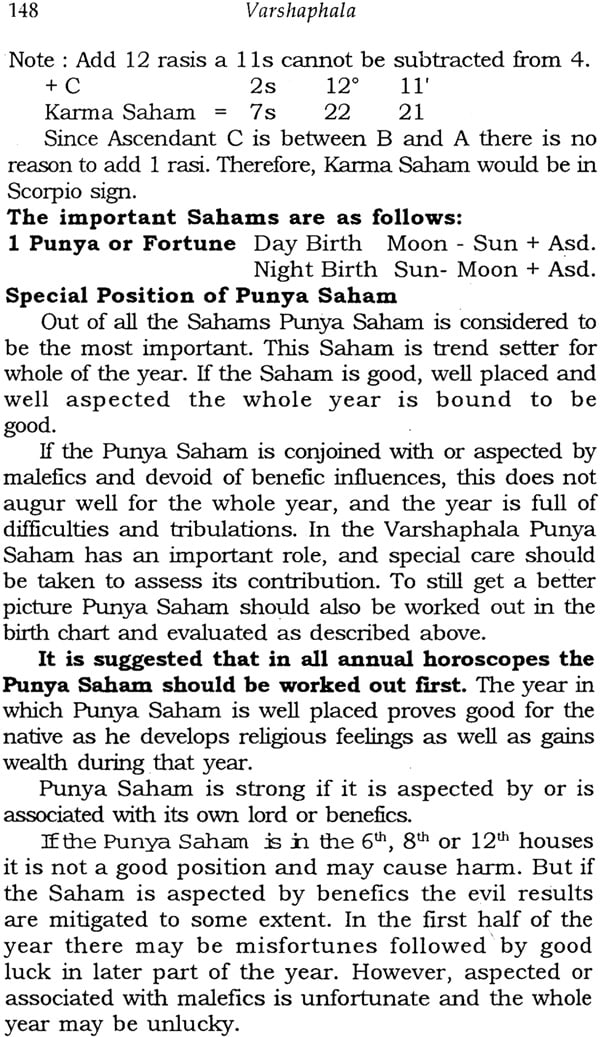 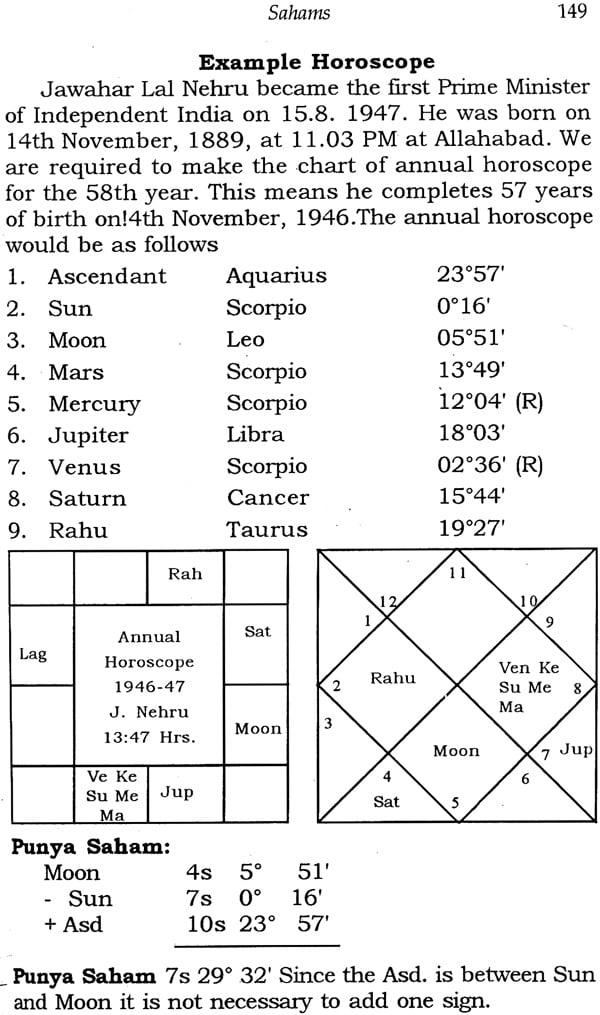 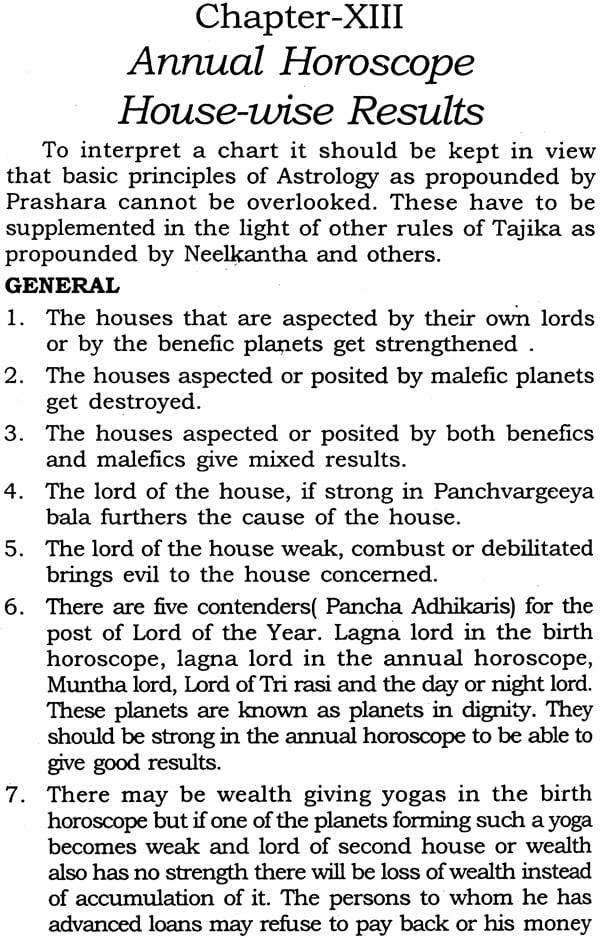 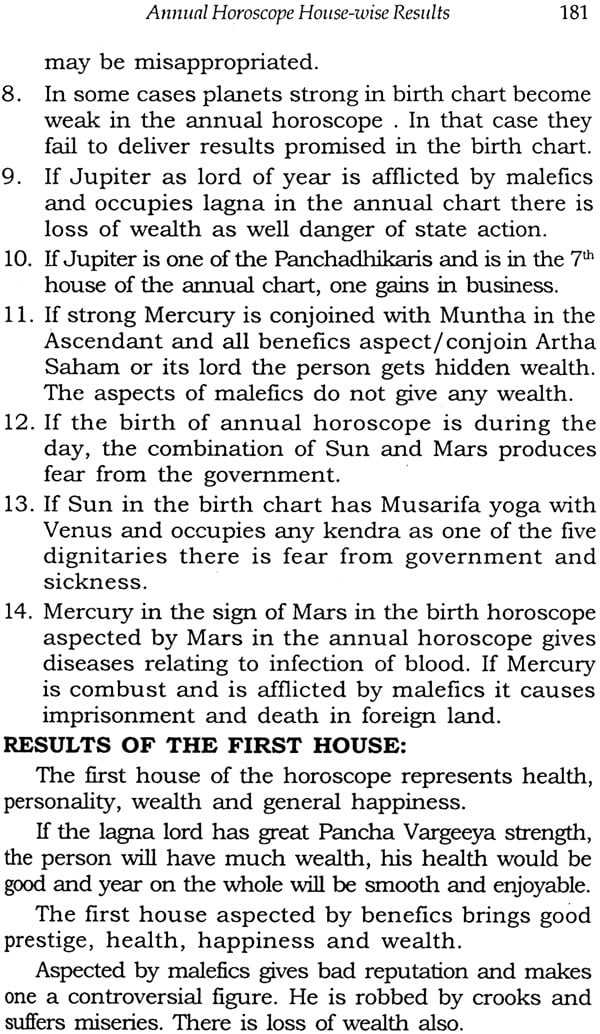 Varshaphal or The Hindu Progressed Horoscope
By Dr. B.V. Raman
$17.50
Out of Stock