Astrology (Superstition, Blind Faith, or a Door to the Essential) 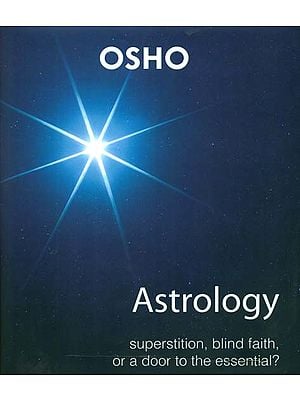 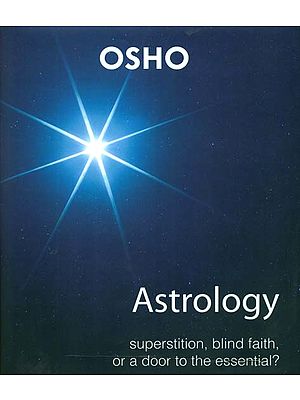 In this fascinating volume, Osho reclaims astrology from the pop psychologists and “fortune tellers” and shares the deep insights that first brought this unique science of the stars into being.

From ancient India to the lost civilization of Sumer, from Pythagoras to Paracelsus to Piccardi, we discover that for thousands of years there has been a thread of awareness of how all things in the universe are interconnected- an awareness that modern physics is still struggling to define in scientific terms today.

Suppose we have a key in our hands. We cannot directly understand the purpose of it from the key itself, nor is it possible to imagine from the key itself that a great treasure is likely to be revealed with its help. There is no hidden indication in the key regarding the treasure; the key itself is closed. Even if we break it or cut it into pieces, we may find the metal of which it is made, but we cannot learn anything about the hidden treasure which the key is capable of revealing. And whenever such a key- without any clues as to the treasure- is preserved for a long time, it only becomes a burden on our life.

There are many such keys in life which even today can open the doors to treasure, but unfortunately we neither know anything about these treasures nor about the locks which may be opened. And if we do not know about either the treasure or the locks, then what is left in our hands cannot even be called a key. It can only be a key if it opens a lock. This same key may have revealed revealed treasures sometime in the past, but because today nothing can be unlocked, the key has become a burden. And yet, somehow we still do not feel like throwing it away.

The key has left a sort of lingering fragrance in the unconscious mind of men. Maybe thousands of year ago this key did open locks, and treasure were found the memory of that in the unconscious mind makes us carry the burden of the key to this day. However much we may be persuaded about the uselessness of the key, we cannot gather the courage to throw it away. In some unknown corner of the heart the hope still lingers that someday, some lock might be opened by it. 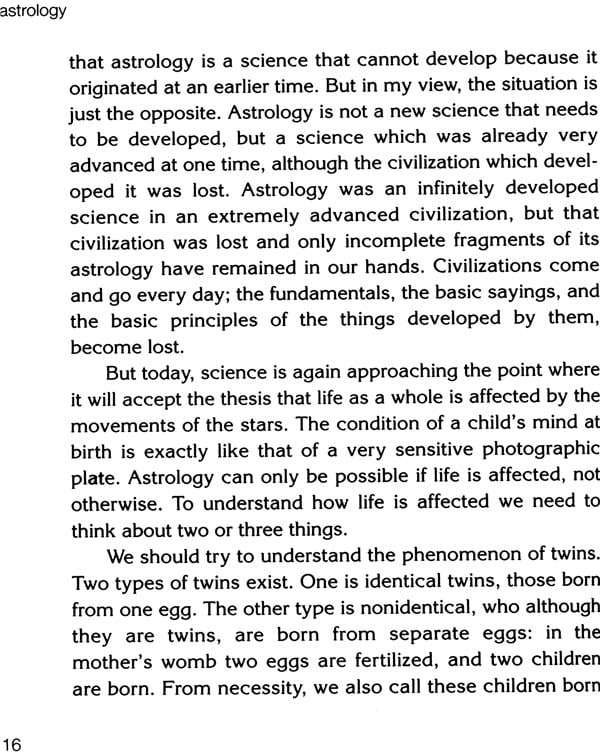 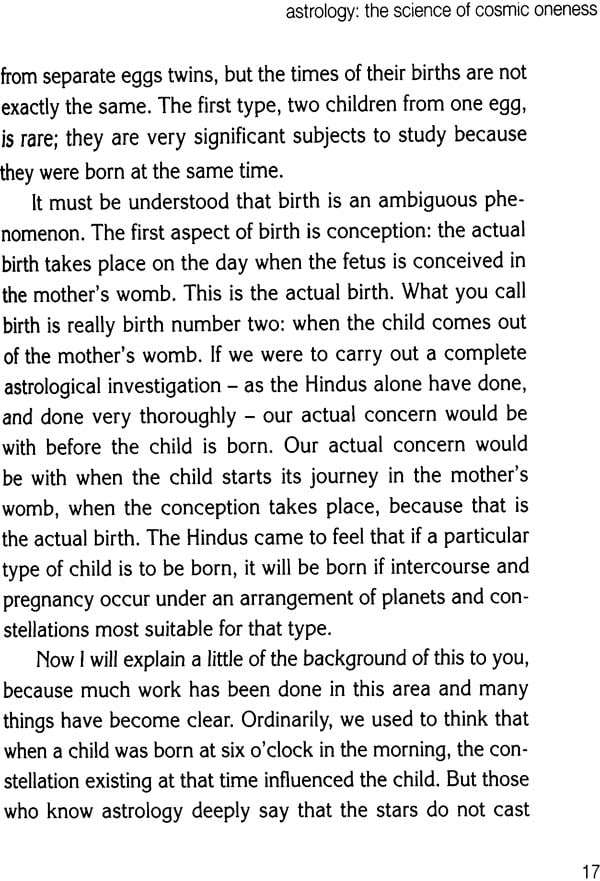 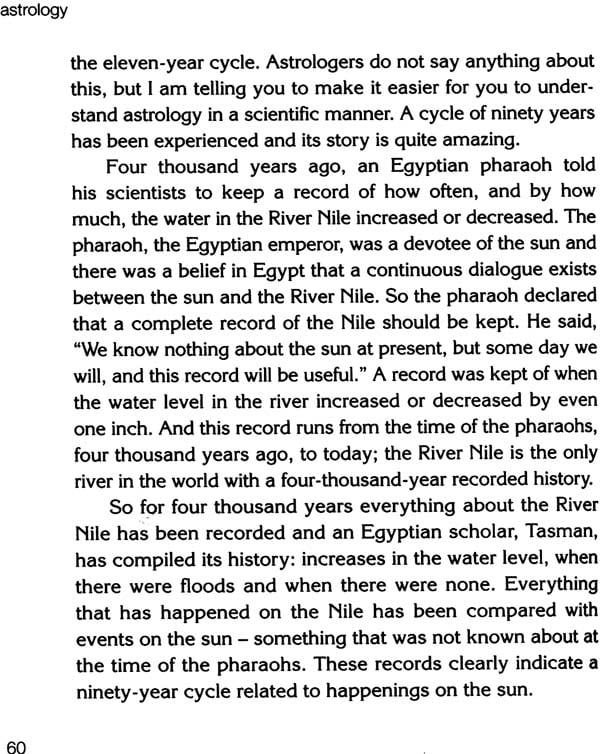 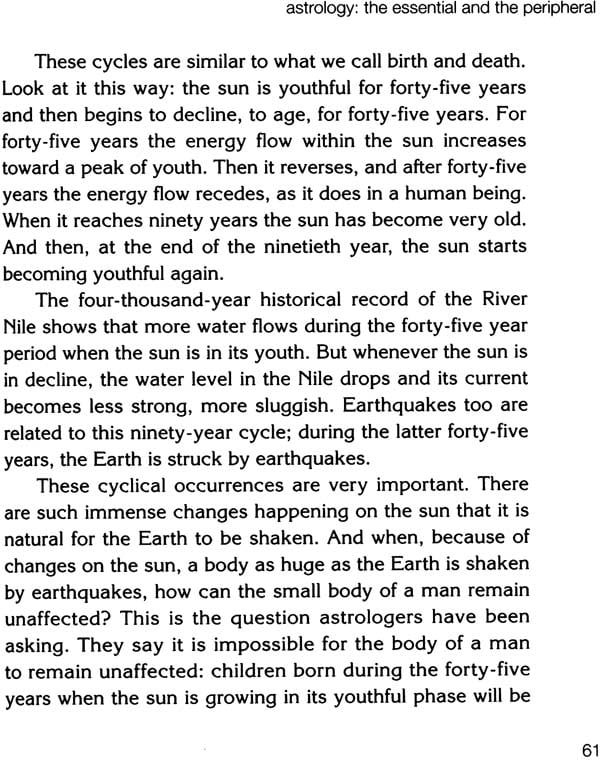 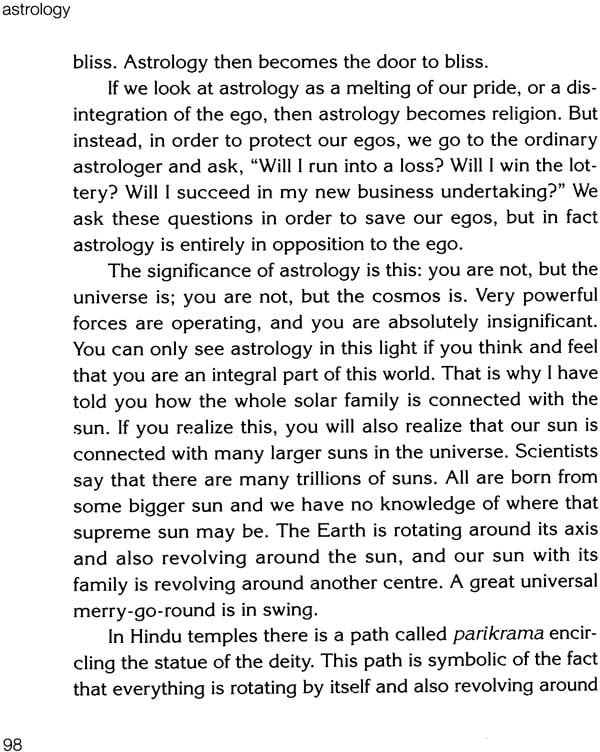 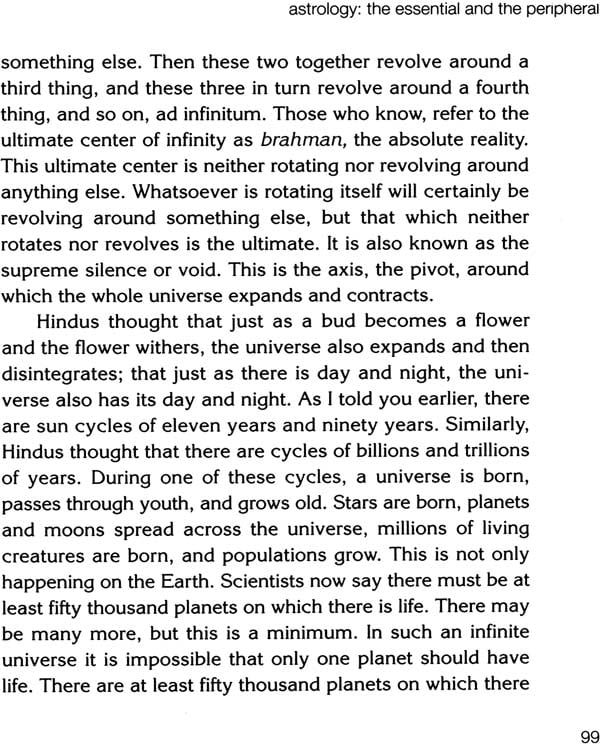 Dictionary of Astrology (A Unique and Distinguished Attempt to Know Terminology of Astrology)
By J. N. Bhasin
$16.00

Mundane Astrology (A Book For Astrologers)
By K.B. Gopalakrishnan, Edited by: Jayashree Ramalingam
$31.00

Astrology, Psychology and The Four Elements (An Energy Approach To Astrology and Its Use In The Counseling Arts)
By Stephen Arroyo
$19.60 $24.50  [ 20% off ]

Aura of Astrology (The Essentials of Basic Natal Astrology)
By Kamal Dhiman
$31.00

Be Your Own Astrologer: Vedic Astrology Made Simple
By Pandit Ajai Bhambi
$29.00

Analyse Your Date of Birth (A Book On Numerology, Western Astrology and Chinese Astrology)
By R.K. Baqaya
$21.00 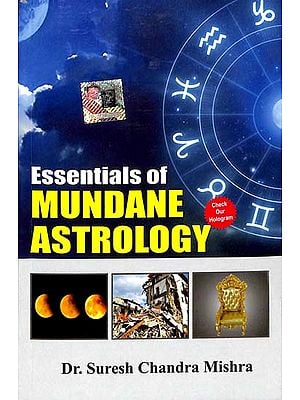 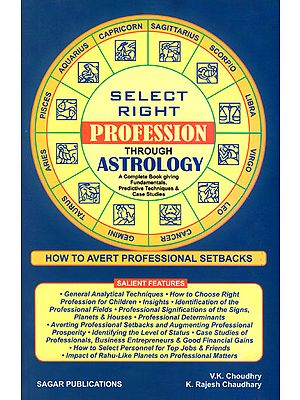 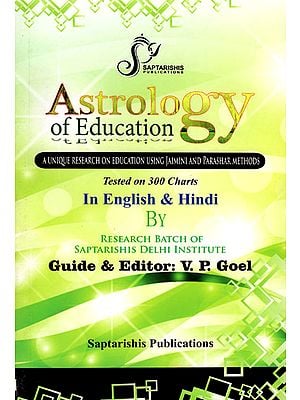