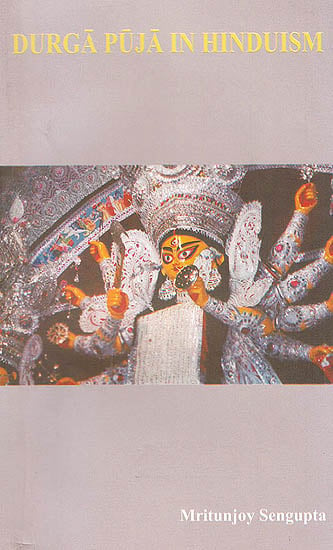 Durga puja is one of the largest festivals in India. It is the largest and most joyous festival in Bengal. Lakhs of pilignms throng the famous Devi temples all over India for celebration of Navaratra, the nine-day worship of Devi Durgä.

This book has been reproduced from various Puraias, stras, scholarly writings and common sayings of the people. The purpose of writing this book is to preach the name of Devi Durga among the people of all religions all over the world. People celebrate and participate in Durga ptrja with reverence to the Mother of the Universe. However, only a small part of the votaries have understanding about DevI Durga, reasons and benefits of worshipping Her, and how She is worshipped. This humble presentation may contribute to the understanding about Dcvi Durgaby the common people.

Durga piijã is one of the largest festivals in India. It is the largest and most joyous festival in Bengal. Every year in the autumn, the city of Kolkata bursts in exuberance for celebration of the püjã. On Mahalaya day, Bengali homes resonate with the chanting of Sri Candi by late Sri Virendra Krishna Bhadra broadcast over All India Radio. From the Mahaht day, streets reverberate with the sound of the beating of the dhãks. Lakhs of votaries crowd on the streets to have a glimpse of some several hundred puja paalas which are exquisitely beautiful creative pieces of art showing Mother Durga slaying the demon Mahiasura. Many of them participate directly in the puja through offering of pupaflja1i to the Goddess. In the evening, the püja pançialas are decorated with glittering lights, and entertainment functions with music and dances are held. Lakhs of piligrirns throng the famous Devi temples all over India for celebration of Navarätra, the nine-day worship of DevI Durga.

Durga ptija is very ancient, starting before the creation of the universe. Devats, sages, kings, non-Aryan junglees and Aryans, all celebrated Durga ptija for attaining their goals. Lord Rãmacandra worshipped DevI Durga in Tretã yuga for vanquishing Rävaa in Lanka. Hindu religion is the only religion in the world which recognizes and worships the feminine aspect of the Supreme Divine.

I have reproduced from various Puräi2as, SãstTas, scholarly writings and common sayings of the people. My purpose of writing this book is to preach the name of Dcvi Durga among the people of all religions all over the world. People celebrate and participate in Durgä püjã with reverence to the Mother of the Universe. However, only a small part of the votaries have understanding about Dcvi Durga, reasons and benefits of worshipping Her, and how She is worshipped. This humble presentation of the author may contribute to the understanding about Dcvi Durga by the common people.

Püjä is the act of showing reverence to a God or to some aspect of the divine through invocations, prayers, songs and rituals. An essential part of puja in the Hinduism is to make a spiritual connection with the divine.

Durga puja is celebrated in the autumn, with milky white clouds afloat in the sky and the grandeur of the “kãa” flowers and pink lotuses adorning the water bodies and the trees bedecked with “iuli” flowers. With the advent of autumn, the countdown begins for the biggest festival of Bengal, the inimitable Durga ptijã. The whole ambience brims with a fresh new energy, that “Ma” is coming. Bengal’s Durga pujã revererates with the throb of the “dhák”, “dhunuchi” dance, the mild fragrance of “giuli” and the “uludhoni” of women.

Durga, in Sanskrit means “she who is incomprehensible or difficult to reach”. Dcvi Durga is worshipped in various forms corresponding her two aspects : behavior and fierceness, the two important manifestations. She is Umä — “light”, Gauri —- “yellow or brilliant”, Parvati — “the mountain princess” and Jagatmata — the mother of the Universe. Her aggressive manifestations are Durga — “the inaccessible”; Käli — “the black”; Candi — “the fierce”; and Bhairavi — “the terrible”. Durga püjã is the victory of good over the evil.

Durga, a beautiful warrior seated upon a tiger or a lion is the appearance in which she is commonly worshipped. The reason of her miraculous advent was the tyranny of the monster and demon king named Mahiãsura, the buffalo demon, who acquired almost immortality through several years of meditation and penance and obtained the blessings of Lord BrahmA, that no “devatä”, male and animal could kill him. Mahiãsura started torturing the dcvatãs, conquered them and drove them out of the heaven. The devatãs came to the heaven and prayed to Lord Viiu and Lord iva for their protection and aimihilation of Mahisãsura. Upon hearing the demons tortures of the devatãs and humans, the Lords got infuriated and out of their anger appeared an effulgent female Devi. All the devatäs donated their arms to the Devi. Armed with the arms, Devi fought a ferocious battle with demon Mahisäsura and killed her. Thus, she is worshipped as “Mahisasura Mardani”.

Durga puja is celebrated in the autumn over nine days, called Navarãtri and over five days in Bengal. Durga is also worshipped in the spring called “Bãsanti” ptijä.

The celebration for Durga puja commences on the MahalayA day, seven days before the Durga puja. Mahalaya heralds the advent of Durga, the goddess of supreme power. On the Mahalaya day, the Goddess is invited or invoked to descend on earth — “Jago Tumi Jago” — “awake Mother awake” — is done through the chanting of mantras and singing of devotional songs, “Agamani”. On the Mahalaya day, thousands of people offer prayers to their ancestors on the bank of river Ganges, a ritual called “Tarpana”. The autumn pujã is called “Aktlabodhana” or untimely invocation because this worship differs from the usual time of worship of the Devi in the “Basanta or Vasanta” (spring) season. In the Ramayaa, Sri Rämacandra invoked the Devi in autumn in order to obtain the blessings of the Devi for killing the demon Rãvaia in Lañkã. The main ptija is celebrated over five days, Mahãsasthi, MahäsaptamI, Mahãarni, Mahãnavami and Bijoya-daami (or Vijaya-daami).

On the Mahãathi day, the Goddess Durga is welcomed from heavenly abode. The ceremony is accompanied by the rhythmic “beatings of dhãk” and rituals called “Bodhana”. “Bodhana” is the inaugural ceremony, when the face of the Devi Durga is unveiled.

On Muhãsaptarni day, the first day of DurgA pjA, “Kola Bou” (a freshly sprouted banana plant) is given a predawn bath, and along with nine other plants are brought to the puja maiiclapa for worship. This ritual called “Navapatrika puja” is ancient. The main saptami puja follows Kalparmbho and Maha-snana.

On the Mahãta,ni day, the pja begins with recital of Sanskrit hymns and thousands of devotees offer “puspãfijali” (flower offerings) to the goddess. in some paialas, Kumari puja (worship of virgin girls) is also conducted. The peak moment of the Durga püjã, known as Sandhi ptijã takes place on the conjunction of MahAamiMahAnavami, when Devi Durga is most receptive to any offer of pujA and gives her blessings to her devotees easily. Devi is worshipped with 108 lotus flowers and 108 pradipas (oil lamps).

Mahãnavami is the concluding day of Durga puja. Navami pujã takes place after the Sandhi puja. This is the day when “Bhoga” (the ritual offering of food) is offered to the Devi. An evening Arati and “Dhunuci” dance is performed in front of the deity.

Bijoya-daarni is the day to bid farewell to the Devi. People do this with heavy hearts and tears in their eyes. Ladies perform ‘baraia” on the Devi by putting sweets in the mouth of the Goddess. A special tableau is built for immersion of the idols. Inurnerable people participate in the procession with dancing to the tune of dhak and prayer to the Goddess to return soon, next year. Hindu married women participate in a ceremony, “Sindurakhela” (playing with the vermillion). After immersion, people greet each other, (kolä kuli), youngsters seek blessings from the seniors and exchange sweets. Bijoyã-daami, signifying the victory of Devi Durga and rig Rãma is celebrated all over India. 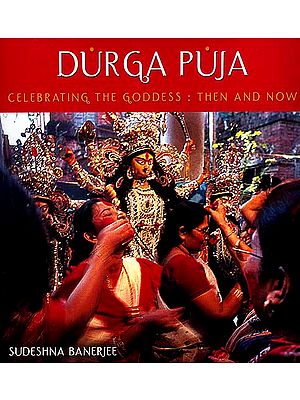 Night of the Gods (Durga Puja and the Legitimation of Power in Rural Bengal)
By Ralfph W. Nicholas
$41
FREE Delivery 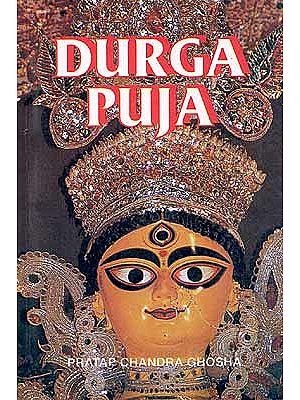 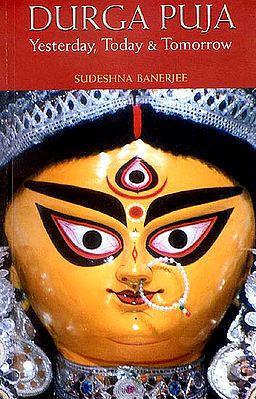 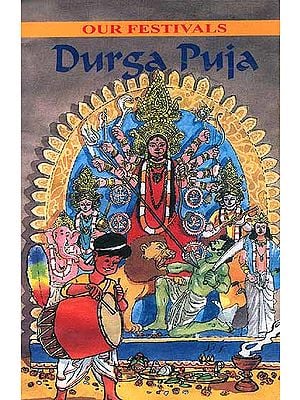 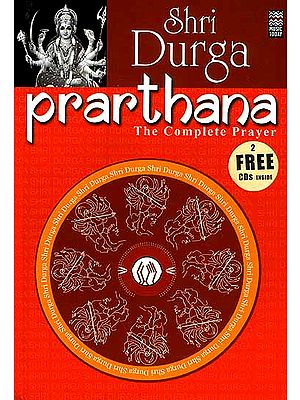 Shri Durga Prarthana: The Complete Prayer: (With 2 CDs containing the Chants and Prayers) (Complete Book of all the Essential Chants and Prayers with Original Text, Transliteration and Translation in English)
By Pandit Hariprasad Chaurasia
$63
Sold Out

Kali Poojan (With Sanskrit Text and Roman, Including the Thousand Names of Goddess Kali for Puja)
By Acharya Vinaya Singhal
$17
Best Seller