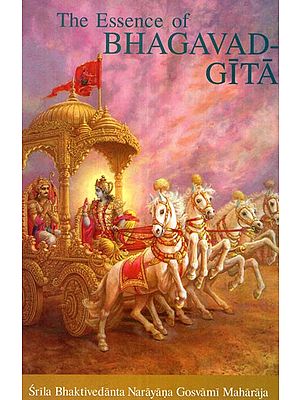 The Essence of Bhagavad Gita

The Bhagavad-gitā (The Song of God) was spoken ::: by Sri Krsna to his disciple and friend Arjuna, over 5,000 years ago, just before the beginning of the epic Mahābhārata War. Since that time seekers of sacred wisdom have turned to the Bhagavad-gītā for answers to the most profound mysteries of life.

Read this book and discover the most secret instructions given by the Master of all mystics, Srī Krsna Himself.

Become empowered and achieve personal satisfaction and happiness in your life by practicing the art of bhakti yoga - linking with God through your daily meditations and activities.

Study the universal, non-sectarian teachings found in this book and see how "love" is the one true religion of every living being.

Śrīla Bhaktivedānta Nārāyana Gosvami Mahārāja was born in 1921 in Bihar, India, on the sacred banks of the Ganges near the ancient ashram of Gautama Rși and Ahalyā.

For more than half a century he has dedicated his life to propagating the science of bhakti-yoga on the order of his divine preceptors, Śrīla Bhakti Prajñāna Keśava Gosvāmi and Srila A. C. Bh>ktivedānta Swami Prabhupāda.

In his commentaries on the classic philosophical literature of India, he shares the unmistakable warmth and depth of experience that inspired the Wolrd Religious Parliament to honour him in 2004 as the foremost living exponent of the Vedic tr>dition.

Śrīla Nārāyana Gosvāmī Mahārāja continues to travel throughout the world inspiring thousands of sincere seekers of enlightenment and divine love through his vibrant di>courses, exemplary character and transparent devotion.

The Bhagavad-gītā (The Song of God) was spoken by Śrī Kļşņa to His disciple and friend Arjuna, over 5,000 years ago, just before the beginning of the epic Mahābhārata War. Since that time, seekers of sacred wisdom have turned to the Bhagavadgītā for answers to the most profound mysteries of life.

The material in this book was taken from lectures on the confidential meanings of the Bhagavad-gītā, given by one of the most prominent spiritual authorities of the modern era, Śrī Śrīmad Bhaktivedānta Nārāyaṇa Gosvāmī Mahārāja. He is a fully realized spiritual master in the Gaudiya Vaisnava disciplic succession, extant since the time of Lord Krsna Himself. Śrīla Bhaktivedānta Nārāyaṇa Gosvāmī Mahārāja has been teaching the ancient science of Krsna consciousness for over sixty years. In these talks, Śrīla Nārāyaṇa Mahārāja reveals truths of the Bhagavad-gītā that have been carefully maintained and handed down in an unbroken succession of self-realized spiritual teachers for the last 5,000 years.

The eminent 19th century saint and scholar, Śrīla Saccidānanda Bhaktivinoda Thākura has said in his explanation of the Gītā, “When the supremely compassionate Lord Śrī Krsna, whose vows are infallible, spoke Srimad Bhagavadgītā, He seemed to be directing His words at His friend Arjuna. Actually however, He manifested this scripture for the deliverance of the whole world. It is the very form of deep reflection on the essential meanings of all the Vedas, and it is the sole means of attaining the highest goal.” 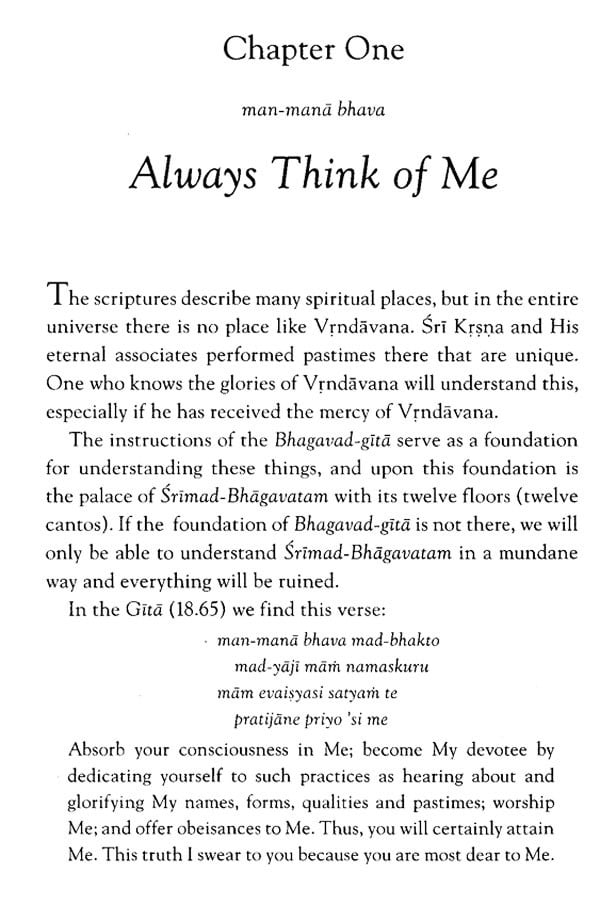 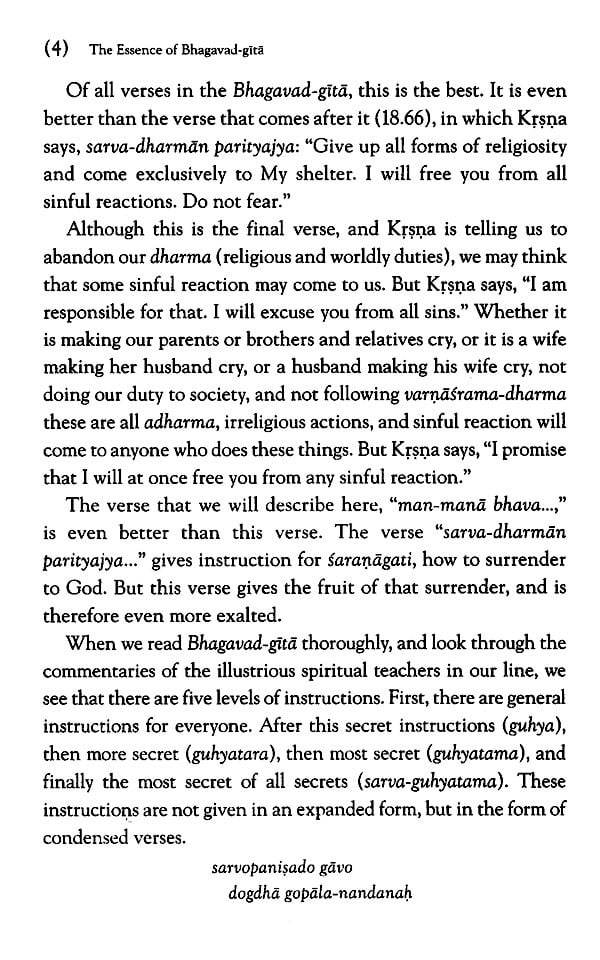 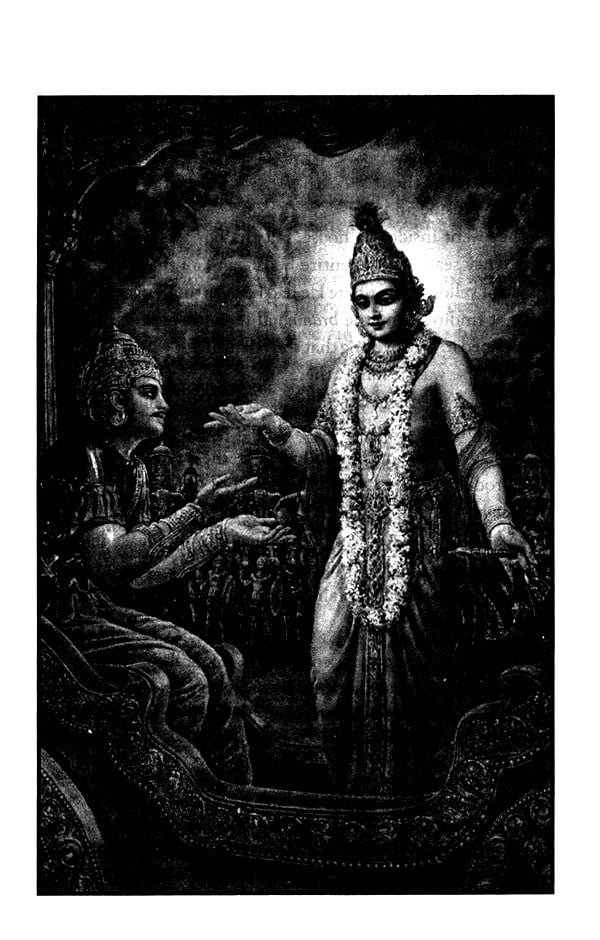 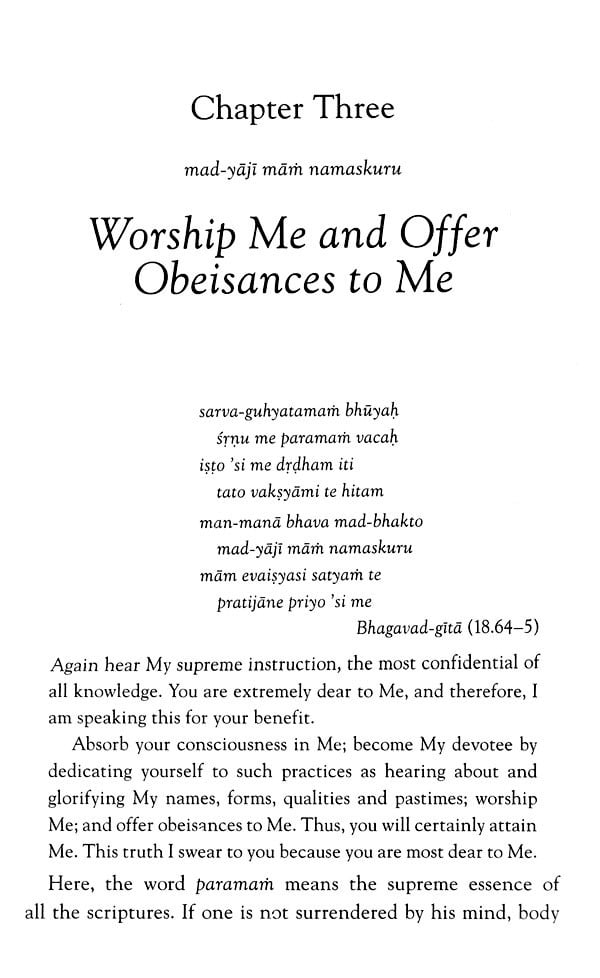