"Love is the first attainment of invoking Ganesha. The second attainment is betterment of buddhi. Betterment of buddhi leads to the third attainment, greater understanding, and as the result of the first three, the mind becomes creative and intuitive. When the mind becomes creative and intuitive, it follows the path of dharma. This is the fourth attainment Love and dharma together conquer karma. This is the fifth attainment These are the five attainments of a sadhaka who is living in the material world. The sixth, seventh and eighth stages are the domain of sadhakas. These include the awakening of kundalini, the raising of kundalini and the merger of Shakti with Shiva."

The Yogadrishti (Yogavision) series of satsangs consists of discourses given by Swami Niranjanananda Saraswati in Munger as part of the new phase of sannyasa life that he has embarked upon since 2009.

The theme of the satsangs Swamiji gave in August 2012 at Ganga Darshan Vishwa Yoga Peeth was Ganapati aradhana. Swamiji took us on a journey to the land of Ganesha's birth, Mt Kailash, and explained the Significance of this well-loved deity's birth, form and the associated symbols. Swamiji also outlined the role of Ganesha in human life and the methods to invoke his grace, as described in the vedic and tantric systems. 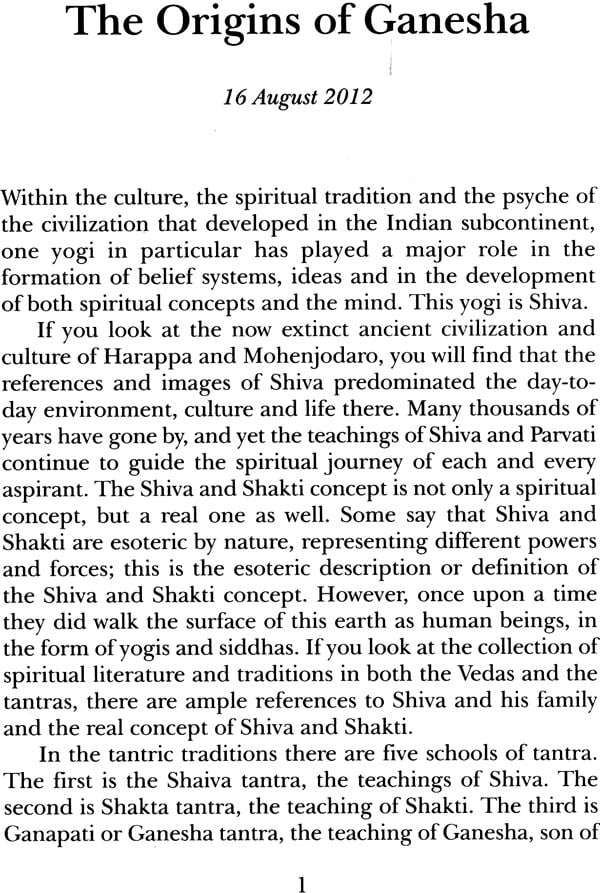 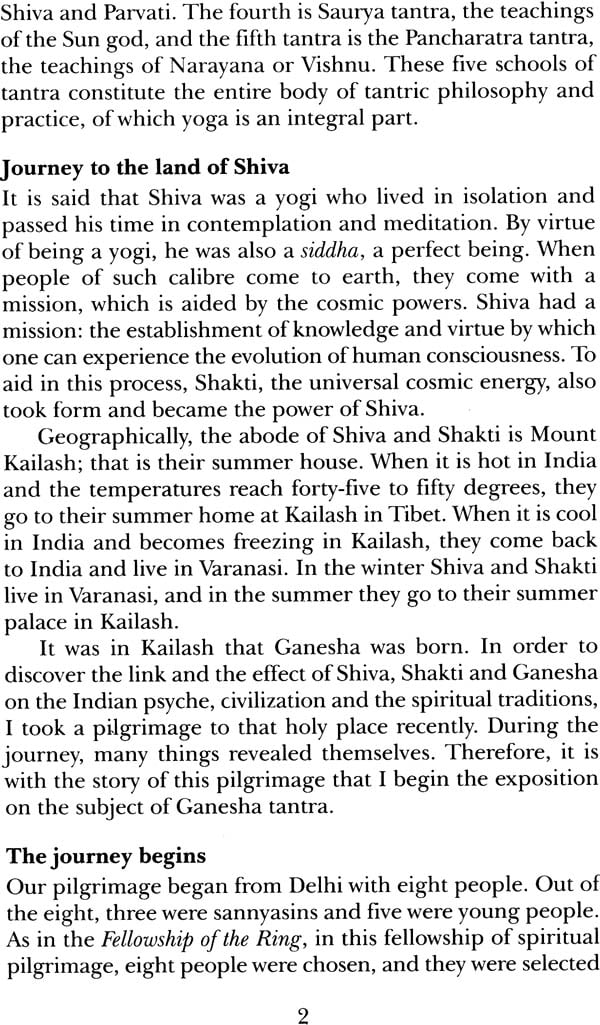 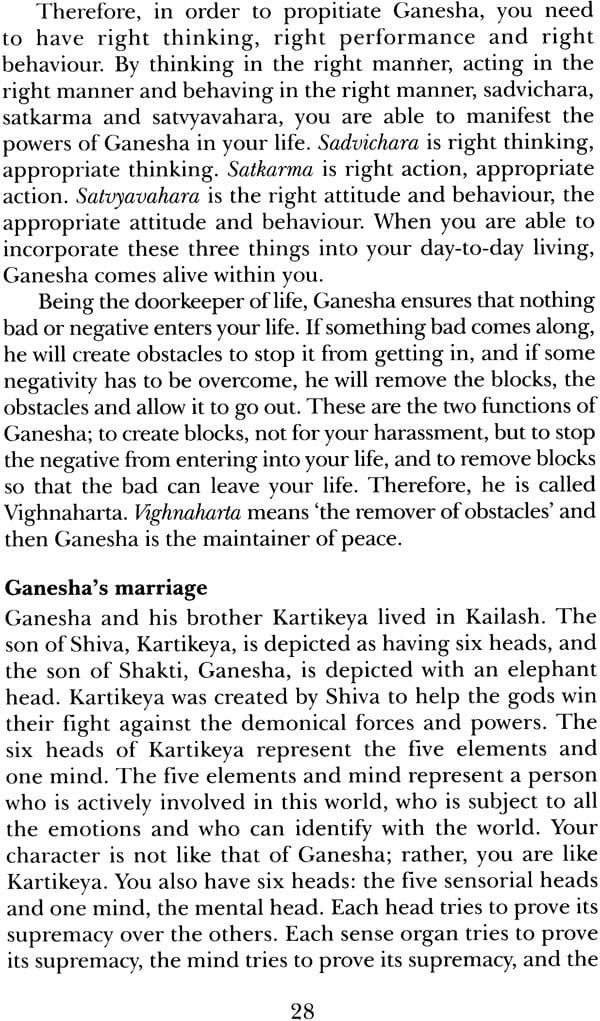 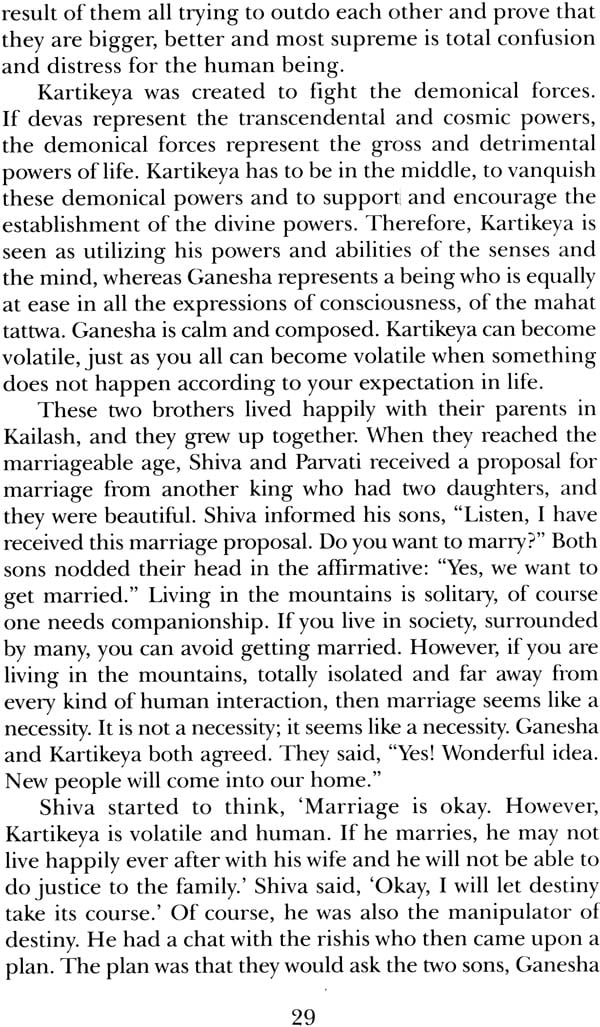 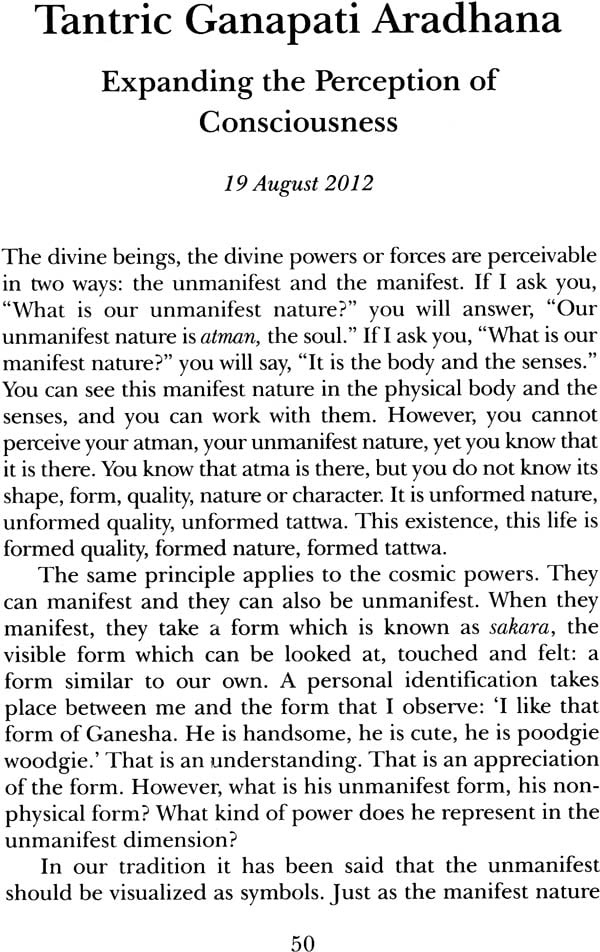 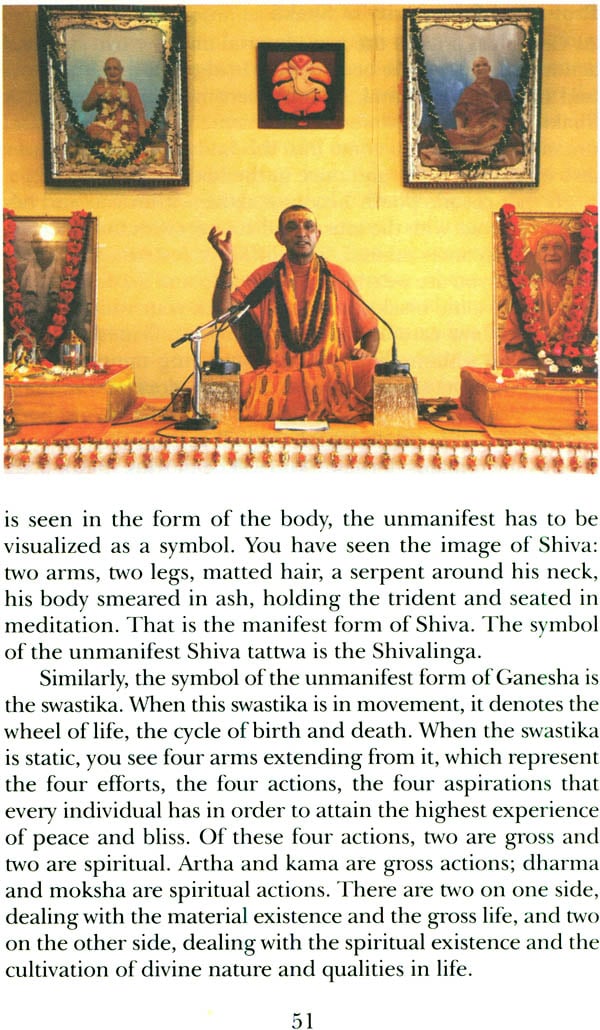