A Campu is a literary composition mixing poetry and prose, displaying literary ornaments and various verse forms, often using words with double meaning. Srila Jiva Gosvami has written Gopala-campu describing the pastimes of Krsna from his appearance until his return to Vraja. Though Kavikarnapura has written Ananda-vrndavana Campu on the same topic, the unique feature of this campu is that the whole story has been arranged to lead to Krsna’s final union in marriage to the gopis.

The Gopala-campu narrates the pastimes as found in the Srimad-bhagavatham with the addition of rasa. Jiva Gosvami writes that it is a “work composed of the bliss of Radha and Krishna” and “those who desire to see Vraja and to attain Goloka will achieve that destination by this work.”

Srila Jiva Gosvami’s use of words and grammar is often difficult. The text is taken from the Puri Das’ edition (1947). The numbering system is taken from that edition, though other editions have different numbering systems. The numbers in square brackets at the beginning of a line indicate a prose portion. The numbers between vertical lines at the end of a paragraph indicate a verse. Where whose verses are quoted in Sanskrit in the original work these have been reproduced with translations. Where a few works of a verse are quoted, only the translation is given, without quoting the Sanskrit, though the verse reference is given. Since the whole story is narrated by two young boys alternately, who often relate conversations between individuals which contain conversations within conversations, conventional use of quotation marks is awkward. For long sections where one person speaks or when one person speaks over several numbered sections colons are used to indicate the commencement of the speech. For short conversations within one numbered section conventional quotation marks are used.

To enable the readers to also relish the poetic beauty and rhythm in the Sanskrit songs in Gopala-campu, an audio CD has been made keeping in mind the ragas (musical notes) mentioned at times in the book itself and according to the mood of the song.

My greatest possible good fortune would be to
take any birth whatever in this forest of Gokula and
have my head bathed by the dust falling from the
lotus feet of any of its residents. Their entire life and
soul is the Supreme Personality of Godhead,
Mukunda, the dust of whose lotus feet is still being
searched for in the Vedic mantras. SB 10.14.34 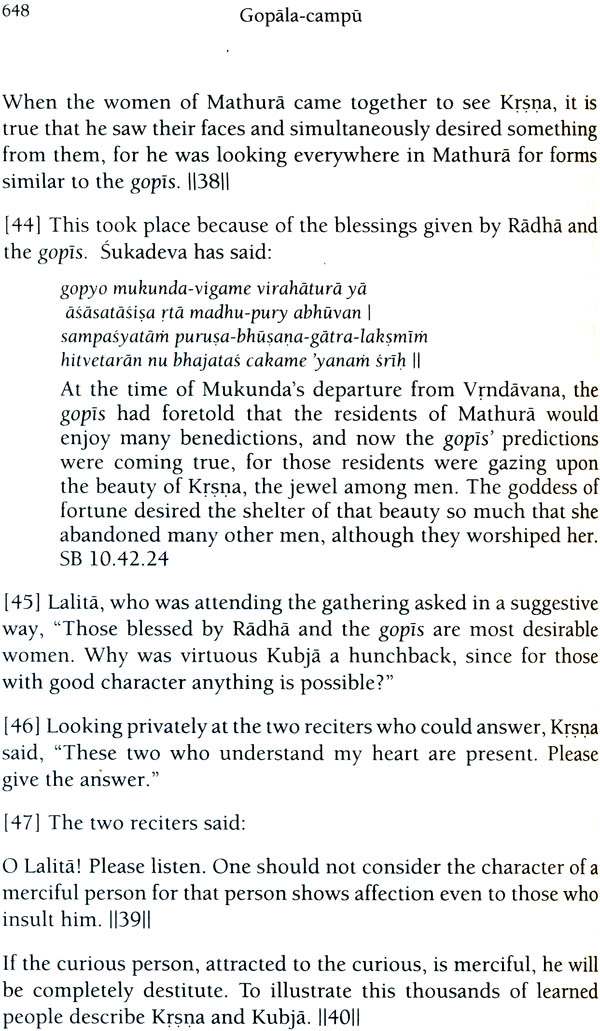 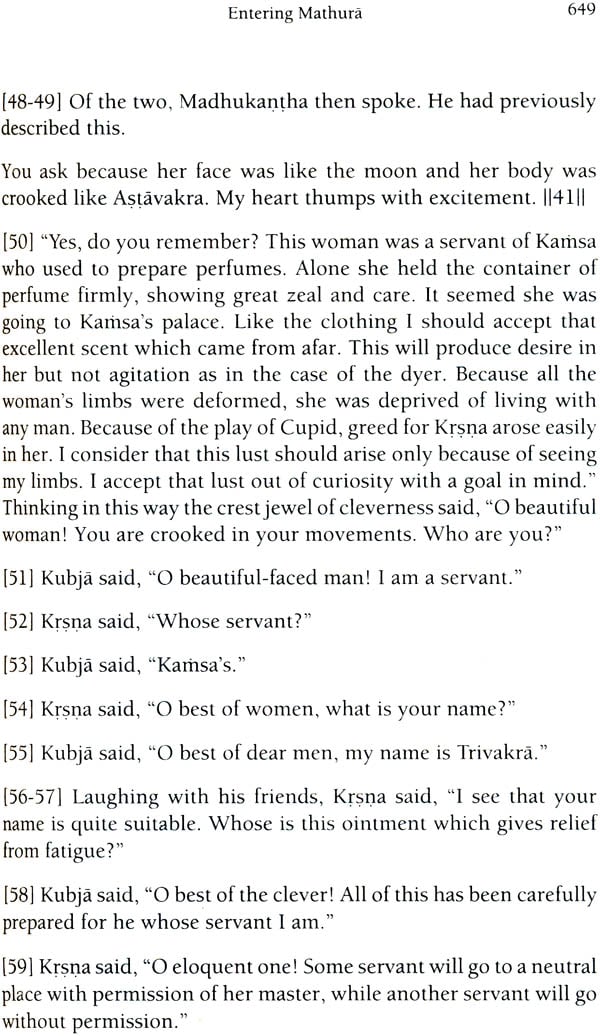 श्रीव्यासयोगिचरितम्: The Life of Sri Vyasaraja (A Champu Kavya in Sanskrit)
By Somanatha
$29
FREE Delivery The Epic Hero in Campu Kavya (A Study of The Campuramayana)
By Indira Saikia
$38.50
FREE Delivery The Contribution of Tamil Siddhas to Dravidian Thoughts
By T.N. Ganapathy
$15 Annamayya and Purandaradasa
By G.S. Mohan
$15