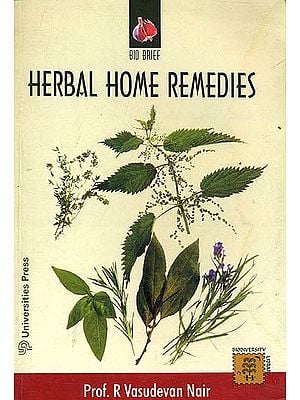 This book contains information about the use of common plants to cure common ailments. It deals with range of problems from the common cold and sunburn to chronic problems like diabetes and gastric troubles, using materials available at home. It is popular knowledge gained from the experience of generations. The suggested treatments are simple, inexpensive and easy to follow. They are recommended only as primary health care measures. The book is beautifully illustrated with line drawings of each plant to facilitate easy identification.

This book will be useful as a first-aid instructional manual, using the available materials on hand. As the literature on this subject is fragmentary and not available in one place, it would be of great help to the interested reader. This book will also be a handy guide to rural and indigent people who cannot afford modern hospital treatment.

It can be used in Colleges of Ayurveda, and by pharmacists, exporters, collectors and botanists engaged in the field of medicinal plants.

R Vasudevan Nair is a Professor of Botany, and retired from Government Victoria College, Palakkad as Head of Department. He is now associated with Arya Vaidya Pharmacy, Coimbatore, as Taxonomist. He has identified several new species from local flora. He has a number of published research papers and four books to his credit and is a member of the Indian Association of Taxonomy. He has provided hundreds of illustrations of medicinal plants for books and other publications. Though a self-taught artist, he has won recognition for his nature paintings. His earlier book titled Controversial Drug Plants is also published by Universities Press.

We now live in the age of globalization and this opening up of the gates of world nations has created new opportunities, new challenges. Ayurveda has also gone global, and this will pose hitherto unasked questions, and hitherto unfaced challenges. If Ayurveda has to stand firmly, maintaining its originality and ideology and practices in tune with the changing expectations and demands, then many problematic areas have to be tackled and many queries have to be answered. Among the many problematic areas, the standardization of drugs is the most complex and the most difficult. In order to maintain efficacy as well as public acceptance, Ayurvedic drugs need standardization at all stages-starting from identification of the source plants to the finished product, including storage and shelf-life.

The major stumbling block is the non-uniformity in the identification of medicinal plants, and this one aspect makes Ayurveda non-appealing to most people in the developed countries and to a large section of educated Indians. There is a great North-South divide in this area: the source plants of many raw drugs used by practitioners in North India are different from those used by Ayurvedic physicians in the South. Even in the South, Kerala has developed a unique system of its own. Very often, the various plants used are from different genera and families, with no relationship with one another. Does our commonsense permit us to accept such a system? The very credibility and reliability of the system is at stake because of this confusing situation.

It is said that God created pharmacy in nature when he created man, animal and other forms of life. The ancient rishis might have surveyed, studied, tasted and tested various plants in nature and their experience and findings took shape in the form of the great Ayurvedic texts of our country. The knowledge was passed on from generation to generation over the past centuries, from the ancient to the modern times. However, it seems that only the information was passed on, the spirit of enquiry was lost somewhere on the way. For a long time the need for further research, including validation, was not realized or accepted by Ayurvedic pundits, and it is only in recent times that research is being given its rightful place. Ayurvedic education has been fashioned after modern medicine and, as a result, the system has switched over to prescription drugs manufactured by commercial establishments. There is no direct link between the physicians and the plants. The manufacturers know only the names and not the plants, and depend totally on the suppliers, and these suppliers depend on the collectors, and everyone is driven by only one motive-profit. In such a profit-driven chain there is ample scope for misrepresentation, miscollection, and deliberate adulteration; and the ignorance of one is exploited by the other. Even officially, many raw drugs have more than one accepted source plant that are taxonomically unrelated. Finally, what goes into the manufacturers' godowns and what goes into the medicine is a subject that needs serious study.

The age-old question comes up here-who will bell the cat? Who will tell us which is the plant and which is not. Belling this cat needs meticulous, dedicated investigation. That is exactly what Prof Vasudevan Nair has done in this book. He has boiled down his vast experience with medicinal plants for the past many years into logical conclusions on the source plants of one hundred raw drugs that are widely used in Ayurveda. Prof Vasudevan Nair is a naturalist, a wonderful teacher of taxonomy, and a researcher who carries forward the torch of enquiry, spreading the light of knowledge to those who care to tread the path. This book will be immensely useful to the students and practitioners of Ayurveda and to those who are involved in the manufacture of medicines.

Prof Vasudevan Nair is a believer of the karma yoga; he does his chosen duty with dedication, and then silently attends to his work. Such people are rare, and rarer are teachers who still carry forward

the spirit of enquiry, even at his present age and under ill health. I salute him!

I take it as a great privilege and fortune to write this introduction to Prof Vasudevan Nair's book. I do hope that this is only the first volume and the second and the third will come out in the years to come. Let the Almighty bestow on him good health to do this chosen karma for the benefit of the age-old system of Ayurveda and for the benefit of all those who depend on and believe in this system.

Herbal Home Remedies is an informative book that enables us to realize the medicinal properties of the plants around us and their simple usage for the common ailments. Before going into the details of the book, let me write a few lines about the author.

Professor Vasudevan Nair, a noted plant taxonomist, is a good teacher and artist and hails from a vaidya family. The Professor has involved himself in the study of herbs and indigenous medicine right from his childhood. A post-graduate in Botany, he has enriched the younger generation with his experience for a period of 35 years as a teacher. His artistic excellence and depth in taxonomy is unveiled by his illustrations in the Compendium of Medicinal Plants', which is an exhaustive work on medicine-plants.

Presently, he is related to the indigenous medicine industry as a consultant taxonomist for the Arya Vaidya Pharmacy (CBE) Ltd.

In this book, the Professor has effectively detailed a good number of simple preparations using common herbs. The preparations are very scientific and can be safely used by laymen. Very often, we are unaware of the medicinal properties of the common herbs, and even for a trivial ailment we run to physicians. This book will be a boon, especially to the common villagers who are denied of or do not have easy access to medical facilities.

I feel privileged to write a Foreword to Professor Vasudevan Nair's 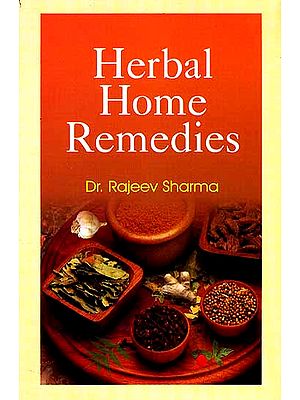 A Treatise on Home Remedies (A Practical guide to the wonders of Herbal Medicines and Kitchen Remedies - Passed on through the Ages.)
By Dr. S. Suresh Babu, Edited By: Dr. Sunanda Sethi
$29.00 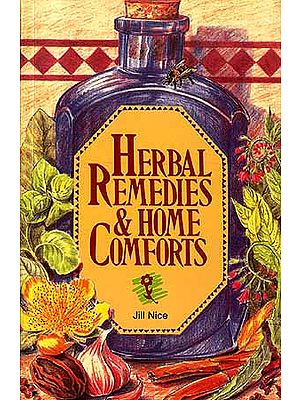 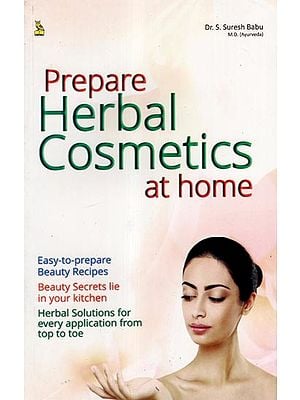 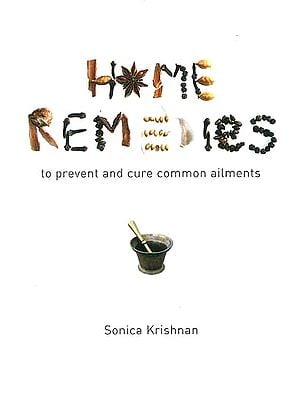 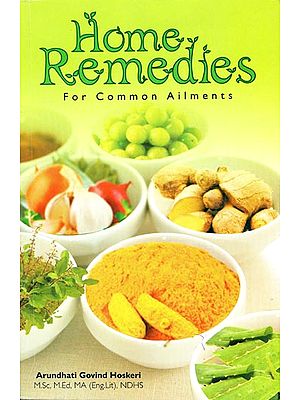 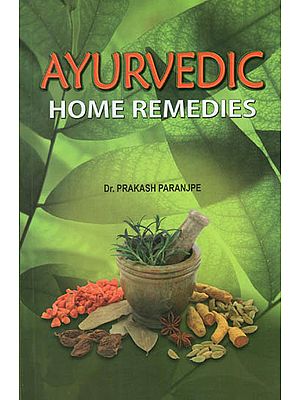 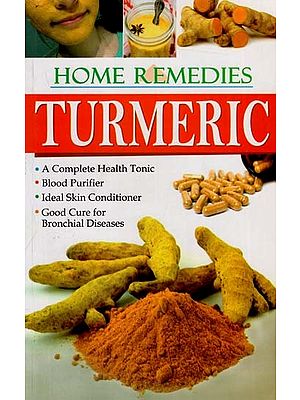 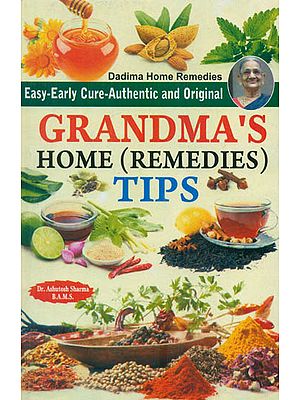 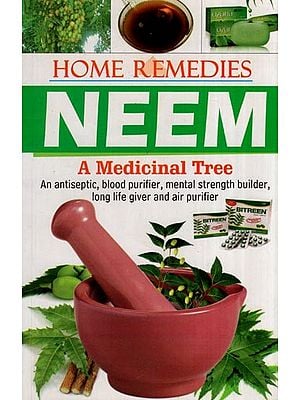 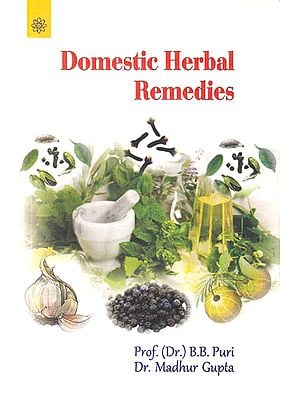