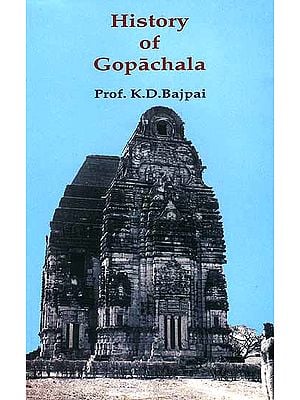 $17.50
Quantity
Ships in 1-3 days
Notify me when this item is available

'History of Gopachala' highlights salient features of Jaina architecture and sculpture. This book provides the knowledge of geographical, cultural and religious background about Gopachala which is known as Gwalior in the present.

The work contains several selected plates of marvelous Jaina art and architectures. The appendices of this work are useful for reference. The authentic list of 24 Tirthankaras with cognizance and their associate Yaksas and Yaksis is also enclosed with appendix.

This work is very useful for research scholars, students of History as well as common readers.

The contribution of Prof. K.D. Bajpai, an eminent scholar of Ancient Indian History, Culture and Archaeology is significant. Bharatiya Jnanpith is proud of this unique publication.

He commenced his professional carrier at the archaeological museum Mathura at the post of Curator (Director) for more than a decade. He joined Department of Ancient Indian History, Culture and Archaeology, University of Saugar as Head from 1958 till his retirement in 1977. He was also a member of the Indian Council of Historical Research for nine years.

Publications : His 36 Books and about 800 research papers are published on Indian History, Culture and Archaeology. Some of them are : Archaeology of Uttar Pradesh, Lucknow 1953, Saugar Through the Ages, University of Saugar, 1964, Indian Numismatics Studies, Delhi 1976, Cultural History of India, Vol-I, Madhya Pradesh, Kanpur, 1985, Indian Art and Religion, Varanasi 1985, (in English) and Mathura, New Delhi 1980, Bharatiya Vastukala ka Itihasa, Lucknow 1970 (in Hindi).

He has received numerous honours including inter alia, the R.P. Chanda Meal of the Asiatic Society, Calcutta and the Nelson Wright Medal of the Numismatic Society of India.

Few ancient sites in the country can claim an almost uninterrupted history and represent the broad-based cultural ethos of India as Gwalior does. Known as Gopachala in the past, the present city of Gwalior, including the area around, has preserved to this day the multifarious facets of the glory and wonder that was India.

From the pre-historic days to the present times Gwalior has contributed, in a considerable measure, to the fields of polity, socio-religious harmony, language, literature and fine arts. Commanding peculiar strategic position, Gwalior has been a link between the North and the South. The political ups and downs and the cultural advancements and depressions, in the long Indian history, have left their indelible marks on the face of Gwalior.

A great centre of peaceful co-existence among the followers of various faiths. Gwalior paved the way for amity and toleration through the media of literature and fine arts. The role of Jainism, in this regard was commendable indeed.

Bharatiya Jnanpith has been conducting the work of research and publication in various fields of Indian culture, particularly in regard to the Jaina studies. It has been encouraging the cause of higher learning by duly honouring scholars of different Indian languages. The Jnanpith Award has been instituted to fulfil this objective. Several publications of the Jnanpith, including the original texts, have rightly earned the admiration of scholars in the country and abroad.

Sometime back, Sri Shriyans Prasad Jain, the noble mentor of the Jnanpith, realising the importance of Gopachala, asked me to prepare an illustrated work on that site. The present study is the result of his constant goading and guidance, for which I am grateful to him. I thank Sri Gopilal Amar, who helped me in the study tour of Gwalior.

My esteemed friend, the late Professor M.H. Rao, I.A.S. was keen that I should prepare a book on Gopachala. I pay my tributes to him for his encouragement. My son Dr. S.K. Bajpai, has been helpful in checking up the typed pages. Sri P.K. Shuklo, Photographer of the Sagar University, accompanied me to Gwalior and prepared photographs of the monuments and sculptures which are published in this book.

The present publication has been prepared with a view to giving an adequate appraisal of the extant monuments at Gopachala and also to highlight the growth of literature and culture, which represent the aspect of national integration.

Gopachala, also called Gopadri, Gopagiri, Gopaksetra, Gopalachala, Gopalikera etc., in epigraphical records and literature, represents the hillock near the present Gwalior city. It comprises the north-western part of the extensive Vindhya range, which was regarded as one of the kula-parvatas (family-mountains) of Bharata-varsa. It was located on the main route joining the great Uttarapatha route on the north to the western ocean (ratnakara) in the southwest.

The traditional accounts preserved in literature and folk lore, take back the history of Gopachala to hoary antiquity. The archaeological field work, which has been conducted at Gopachala and the area around have revealed the existence of upper Pleistocene age and of the Mesolithic culture in the region. At the sites of Gupteshwar, Tikla and Pahargarh, stone tools, rock-shelters (some with paintings) have been noticed. Excavations conducted at the sites of Suron and Jaderua have brought to light some painted black and red baked earthen pots.

Of the Maurya-Sunga period (4th to 1st cent. B.C.) some inscribed rock shelters have been discovered. At Tikla the name of one Dambuka has been found, written in the Brahmi script. He may have been a tribal chief. Near Shivpuri another cave bearing the name Bhagavata Sivaraksita has been noticed. The title Bhagavata indicates that Sivaraksita was the follower of the Bhagavata cult. This may have been due to the influence of Mathura or Vidisa, both of which were centres of Bhagavatism. After the Sungas, the Nagas and the Maukharis ruled over Gopachala region.

During the brief occupation of Gopachala by the Huna king Mihirakula, a temple of Surya was constructed in 525 A.D. by one Matrcheta, a resident of the area. In the Gwalior inscription of Mihirakula (D.C. Sircar, Select Inscriptions, no.57, pp. 424-26), the beautiful hill, full of various types of minerals (nana-dhatu-vichitra), is called Gopahvaya. The temple of god sun was carved out of stone (saila-mayam prasadam). The inscription, composed by a poet named Kesava, is inscribed in three metres, Malini, Arya and Sardula-vikridita. The language of the record is chaste Sanskrit, which was the national language of the period.

After the rule of the Maukharis and Vardhanas, the Gurjara-Pratihara dynasty came in power, with Kanyakubja (Kanauj) as its capital. King Yasovarman of this dynasty was attracted by Gopachala and made it his second political seat. He was responsible for the construction of the famous Teli-ka Mandir at Gopachala and also probably built a Jaina shrine in the middle of the 8th century A.D. His son, Ama, completed the Jaina shrine, of which some remains have been discovered. Up to the middle of the 10th-century the Gurjara-Pratihara rulers Ramadeva, Nagabhata II, Bhoja, Mahendrapala and Vinayakapala ruled over Gopachala. They patronized both the Brahmanical and the Jaina religions. During their rule several stone temples and images were carved out. A person called Vaillabhatta was appointed by king Ramadeva to protect the area of Gopachala. The famous rock-cut temple of Chaturbhuja Visnu was constructed during the rule of king Ramadeva by Vaillabhatta's son Alla.

Iltutmish seized Gopachala from the Later Pratihara king Malayavarman after a stiff and long confrontation. Skirmishes for occupation of the fort continued after the death of Iltutmish in 1236 A.D. The Delhi Sultans of the Khili dynasty, followed by those of Tughlaq dynasty, ruled over Gopachala from 1252 to 1384 A.D.

After Tughlaqs, the Tomara Rajputs became masters of Gopachala. Their long rule lasted till the first quarter of the 16th century A.D. During the period of Tomaras there was an all-round progress, including administration, economic field, literature and fine arts. The Tomara rulers, particularly Dungarendrasingh, Kirtisingh and Mansingh, are known for their sagacity and administrative ability. It was during their rule that several works of public welfare were completed and a new vista was created for religious toleration.

Jainism made unprecedented progress under the benign rule of the Tomaras. Jaina saints and Acharyas made Gopachala a centre of learning and spread the message of ahimsa and samavaya far and wide.

The Mughals, realising the strategic importance of Gopachala, occupied it. Humayun, son of Babar, is said to

have constructed a temple after his name. He was temporarily followed by Sher Shah Suri, who is a credited with the building of 'Sher Mandir'. Islam Shah, son of Sher Shah made Gwalior his capital. Sher Shah and Islam Shah issued their large size coins bearing their name in Devanagari script. Akbar captured the fort in 1559 A.D. The Tomara ruling dynasty came to an end in 1572 A.D., when Ramsingh Tomara, fighting against the forces of Akbar, died along with his three sons.

During the Mughal period the Gwalior Sarkar had 13 Mahals and was included in the suba of Agra. After Akbar, the Gwalior fort was used as a bastille, where royal prisoners were kept and tortured to death.

The post-Mughal history is that of skirmishes for supremacy among the Ranas of Gohad, the Marathas and the English. Mahadaji Scindhia captured the fort in 1781. Soon after the British troops wrested it. In the fateful year of 1857 Rani Lakshmibai of Jhansi held the fort for some time. The Rani was killed by the army of Hugh Rose and was cremated on the banks of the river Sonrekha.

It was in the year 1885 that Gwalior fort was handed over to Jivaji Rao Scindia by Lord Duffrin. Madhav Rao ruled over the Gwalior State from 1894 to 1935. He paid special attention to the Fort to rejuvenate its past glory. He made it a centre of education and culture. 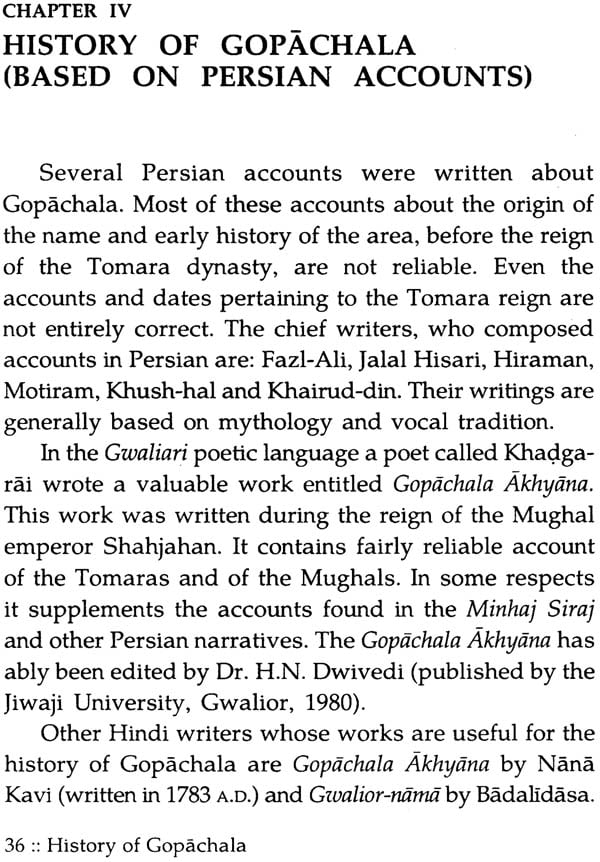 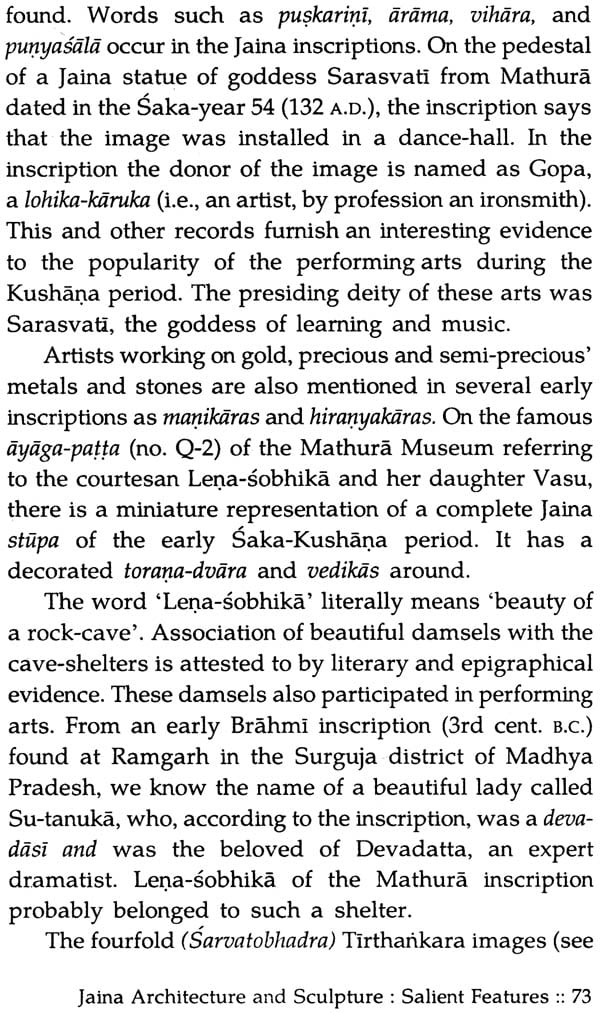 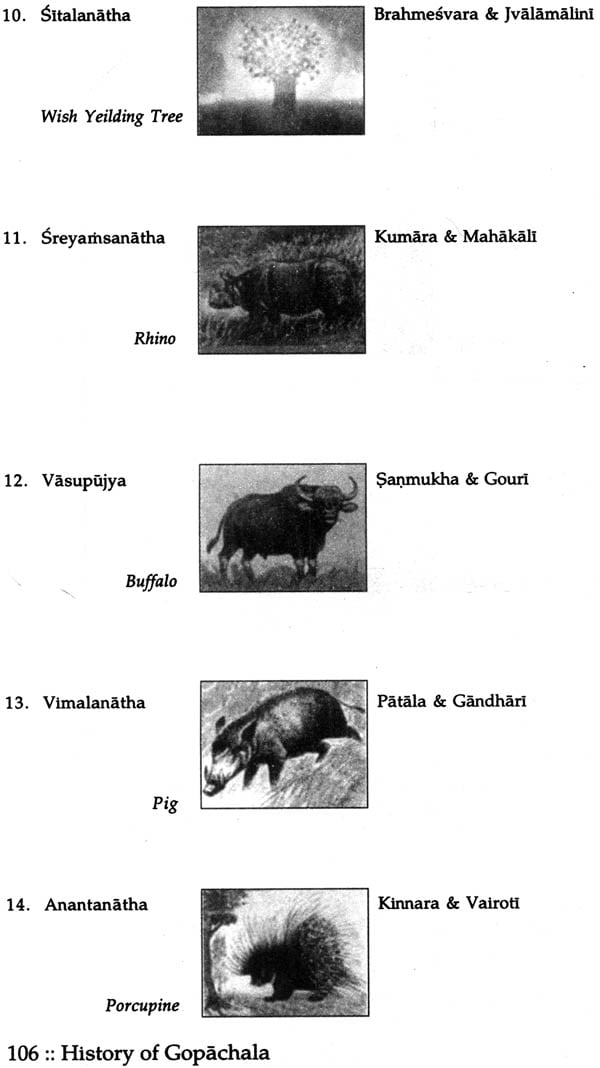 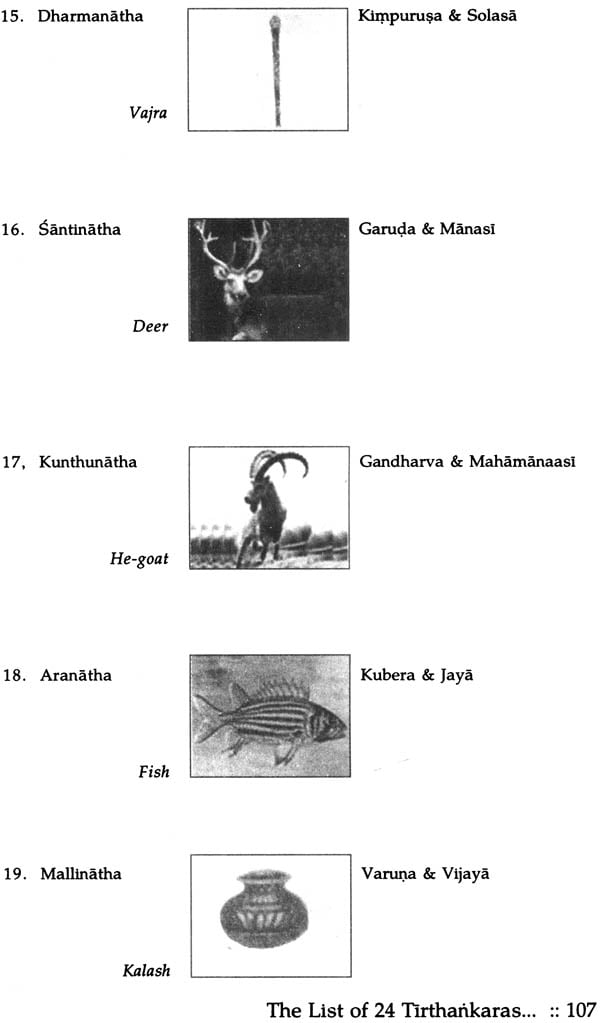 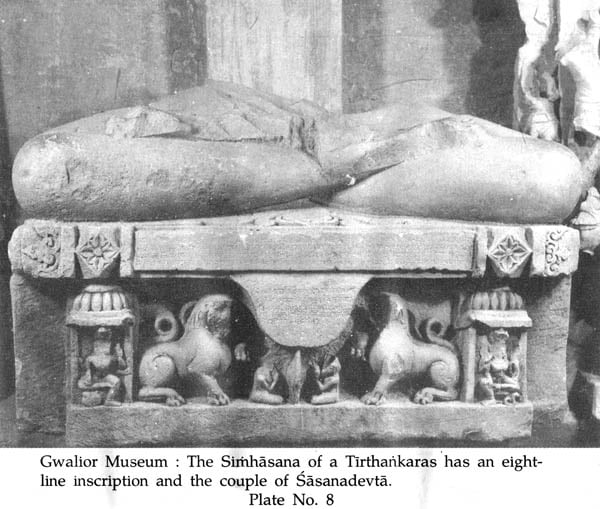 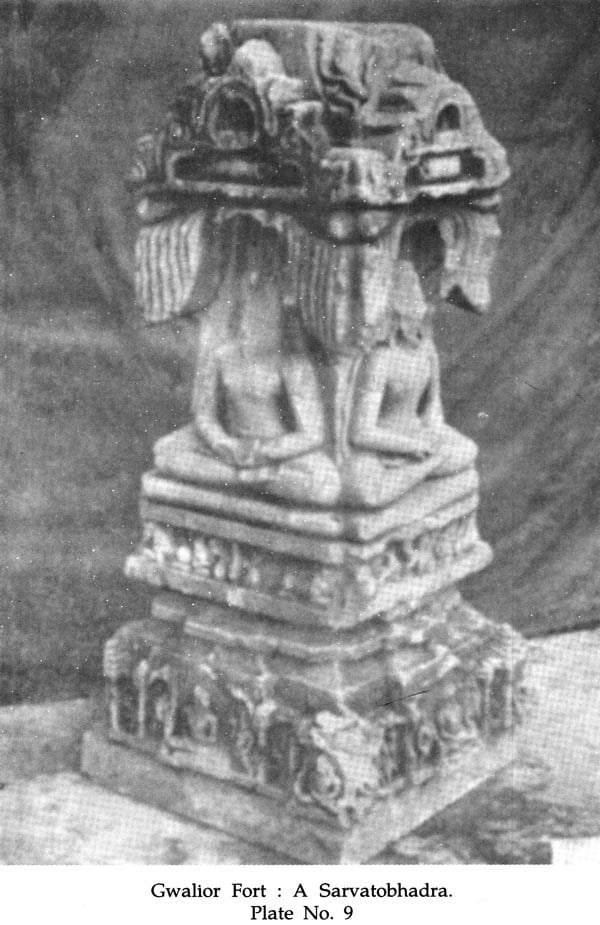 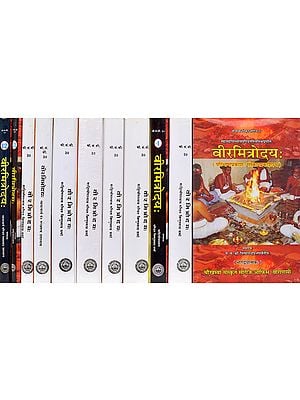