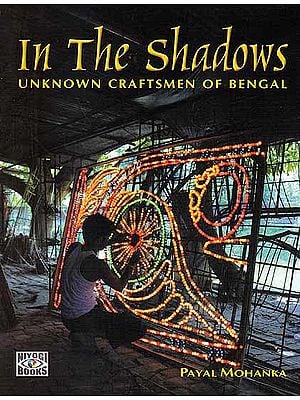 In the Shadows: Unknown Craftsmen of Bengal

FREE Delivery
$28.50
Quantity
Ships in 1-3 days
Notify me when this item is available
Back of the Book

In certain villages of West Bengal, the rural economy is driven by rather unusual professions. One cluster of craftsmen churns out wigs, another lights polo balls boats ...shuttlecocks jeans...

In the Shadows—Unknown Craftsmen of Bengal chronicles the story of six such rural areas.

It takes a close look at the lives, craft and future of the people who live here. Following the original process which has been passed down generations, these craftsmen keep alive old family traditions. Their efforts give them a basic livelihood, and in some cases a little more.

These crafts or products have given these otherwise obscure villages an identity, a quiet sense of pride even if the material gains are meager.

In the Shadows—Unknown Craftsmen of Bengal celebrates the indomitable spirit of enterprise of our rural craftsmen. It also gently reminds us that each time a polo ball-maker or boat-maker passes away; the craft moves a step closer to extinction.

Payal Mohanka (née Singh) started her career as a journalist with The Illustrated I Weekly of India and spent over a decade with the magazine covering a wide range of subjects.

In 1995 she was awarded the prestigious Press Fellowship to Wolfsan College, Cambridge. She then moved to broadcast journalism, reporting for India Business Report on BBC World Service Television and CNBC India for over seven years. In 2002 she made a documentary on Chandernagor, a former French colony, titled Little France on the Hooghly and in 2003 a documentary on Mother Teresa, From Saint to Sainthood, which was selected for the Philadelphia Documentary Film Festival and screened at the Nehru Centre in London.

She has written for Rediff.Com and The Round Table—the Commonwealth journal of International Affairs.

These are stories of the spirit of enterprise among our rural craftsmen. There are villages in West Bengal where the rural economy is hinged on a rather unusual activity. One cluster of craftsmen churns out wigs, other lights... polo balls... boats... shuttlecocks... jeans...

As a journalist l had visited these areas more than a decade ago. I filed four—minute capsules on each of these activities for the India Business Report on BBC World Service Television. But short television reports with their time constraints can only give a glimpse. It was then that l decided l would return one day and capture those fleeting images in more detail. This book chronicles the story of six rural areas. It takes a detailed look into the lives, craft and future of the people who live here. These are real—life stories about which there negligible is published data—a net search will, for the most part, draw a blank. Only personalised research has unearthed these profiles of painstaking labour and enterprise set amidst the lush greenery of rural Bengal.

Each time I manoeuvred my way down a pencil—thin track, a whole new world opened up—light-makers in a dimly lit workshed creating mesmerising tableaux with thousands of twinkling bulbs, speaking their own magical language; deft fingers weaving strands of human hair, to give shape to a creation of cascading curls that would do a sophisticated city hairstylist proud.

Following the original process that has been passed down the generations, these craftsmen keep alive old family traditions. Their efforts give them a basic livelihood and in some cases a little more. These products have given these otherwise obscure villages an identity, a quiet sense of pride even if the material gains are meagre.

There are some success stories. The village of the jeans-makers resounds with the whirring of machines. Tentative steps into unfamiliar territory paid off. The village, which once produced terrycot trousers, now churns out thousands of pairs of jeans a day. The shuttlecock—makers, too, are grateful to the one who pioneered this activity in their village. The younger generation is keen to take the business forward. This cluster of craftsmen produces 80 per cent of the country’s shuttlecock requirement with virtually every house lending a helping hand.

The purpose of my endeavour is to salute their grit and determination. For decades they have kept their units in operation. They have no formal business or management training but what they possess in ample measure is native intelligence and homespun skills. They have no access to cust0mer feedback, yet one of the few surviving polo ball—makers in Deulpur spends h0urs discussing the finer p0ints 0f his handcrafted polo balls with pr0minent players of the game whenever he gets the opportunity.

There are few to guide them and encourage them in their pursuit, yet the craftsmen of Balagarh, which is inhabited by a 400—year—old community of boat—makers, decided to fit mechanised engines t0 their boats for greater speed. The focus is on making things better and striving towards perfection.

Each time a polo ball—maker or a boat—maker dies, their craft moves a step closer to extinction. These st0ries of craftsmen engaged in a c0ttage industry sustaining the rural economy need to be documented: a journey into spaces that few have traveled.

These are unsung songs.
For these craftsmen work quietly in the shadows. 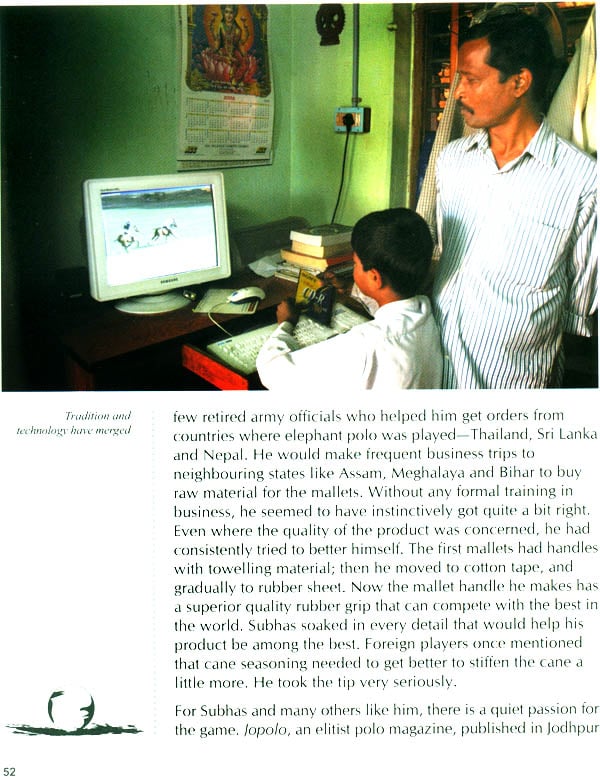 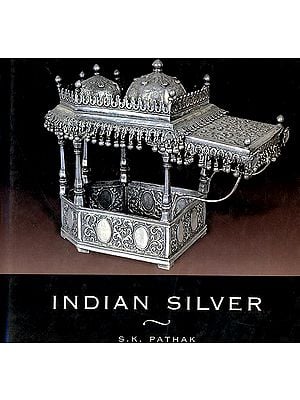