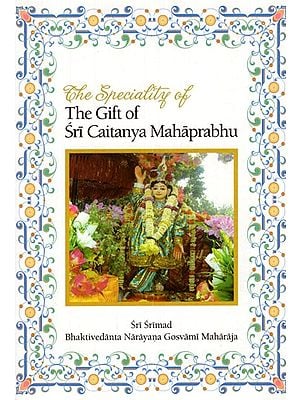 The Speciality of The Gift of Sri Caitanya Mahaprabhu

On the auspicious day of Mauni Amāvasyā, 1921, Śrī Śrīmad Bhaktivedānta Nārāyana Gosvāmi Mahārāja took his divine birth in a devout Vaisnava family in Tiwārīpura, in the state of Bihar, India.

On the auspicious day of Mauni Amāvasyā, 1921, Śrī Śrīmad Bhaktivedānta Nārāyana Gosvāmi Mahārāja took his divine birth in a devout Vaisnava family in Tiwārīpura, in the state of Bihar, India.

In February 1946, he met his gurudeva, Śrī Śrīmad Bhakti Prajñāna Keśava Gosvāmī Mahārāja, and his life of complete and exemplary dedication to Gaudiya Vaisnavism, or the path of krsna-bhakti in the line of Śrī Caitanya Mahāprabhu, began.

He accompanied his gurudeva on his extensive preaching tours throughout India, actively assisting him in propagating the teachings of Sri Caitanya Mahāprabhu for the eternal benefit of the living entities in this world. This included regularly hosting the thousands of pilgrims attending the yearly circumambulation of Sri Navadvīpa-dhāma, the appearance place of Sri Caitanya Mahāprabhu.

His gurudeva had instructed him to translate the writings of prominent Gaudiya Vaisnavas into Hindi, a task he assiduously assumed throughout his entire life and which resulted in the publication of nearly fifty Hindi sacred texts. These invaluable masterpieces are currently being translated into English and other major languages of the world.

For many years, he travelled throughout India to spread the message of Gaudiya Vaisnavism, and it was for this end, also, that in 1996, he journeyed abroad. During the next fourteen years, he circled the globe more than thirty times. Whether he was in India or overseas, his preaching always bore the distinctive characteristic of boldly unmasking any misconception obscuring the specific purposes of Śri Caitanya Mahāprabhu's advent, in strict adherence with the desire of Śrīla Bhaktisiddhānta Sarasvati Thakura Prabhupāda and in perfect congruence with the conceptions of Śrīla Rūpa Gosvāmi, Śrī Caitanya Mahāprabhu's foremost follower. Thus, in present times, in upholding the glorious tenets of the Gaudiya sampradāya, he performed the function of a true ācārya.

At the age of ninety years, on December 29, 2010, at Cakra-tirtha in Śrī Jagannātha Puri-dhāma, he concluded his pastimes in this world. The following day, in Śri Navadvīpa-dhāma, Śrī Gaurasundara's fully empowered emissary, the very embodiment of His unique compassion, was given samādhi. He will forever live in his divine instructions and in the hearts of those who are devoted to him.

This treatise was originally written in Bengali, in the year 1986, for the 500th anniversary of the advent of Śrī Caitanya Mahāprabhu, the scheduled yet hidden incarnation for this age of Kali, as established in Srimad-Bhāgavatam and other Vedic literatures. It was composed by Śrī Śrīmad Bhaktivedānta Nārāyaṇa Gosvāmī Mahārāja (Srīla Gurudeva), Śrī Caitanya Mahāprabhu's illustrious personal associate, whose sole mission and most prominent speciality (vaišistya) was to give clarity and emphasis to the specific, internal nature of Srī Caitanya Mahāprabhu's all-compassionate mission in this world.

Śrīla Gurudeva exhibited many specialities in his presentation of Gaudīya Vaisnavism, the philosophical line of Srīman Mahāprabhu, which serve to direct the souls of this world to avail themselves of Sriman Mahāprabhu's unprecedented mercy. Examples of this are his untiring glorification of the contribution of Srila Rūpa Gosvāmī, who was the first to reveal the truth of Śrīman Mahāprabhu's inner mission; his expert and sweet presentation of the successive specialities of exalted devotees, as presented by Śrīla Sanātana Gosvāmī in Sri Brhad-bhāgavatāmrtam; his enthusing the annual Vrajamandala parikramā by his extraordinary harikathā and by his deep and unflincing faith in the boon received by Śrī Nārada Muni from Śrī Krsna Himself, that anyone who with faith visits Śrī Krsna's pastimes places in Vraja, touches the dust of those places and offers praņāma, will surely develop vrajaprema in his heart; by his singing the speciality of the sacred parakīya-bhāva of Vraja, and by his establishing the speciality of Mahāprabhu's mood and pastimes in Navadvīpa compared to His mood and pastimes in Sri Jagannātha Puri – to name just a few. In this way, Śrīla Gurudeva is an unfathomable ocean of transcendental specialities.

By his mercy, this sublime treasure, The Speciality of the Gift of Sri Caitanya Mahāprabhu, has surfaced in our churning of that ocean. This is therefore Srīla Gurudeva's gift, also. With utmost reverence and care, we are now presenting it to śrī gaura-bhakta-vrnda, the most revered circle of Śrī Gaurahari's dear devotees.

We are confident that this exposition will be treasured by them, irrespective of their affiliation. We hope that devotees find great relish in becoming absorbed in these esoteric truths, especially at the time of Sri Navadvīpa parikramā and Śrī Gaurahari's appearance day and, appreciating their good fortune, embrace these moods, singing the glories of Śrī Guru and Śrī Gaurānga to their hearts' satisfaction.

We humbly present The Gift as a gift to Śrīla Gurudeva, just as one worships the Ganges with the water of the Ganges. 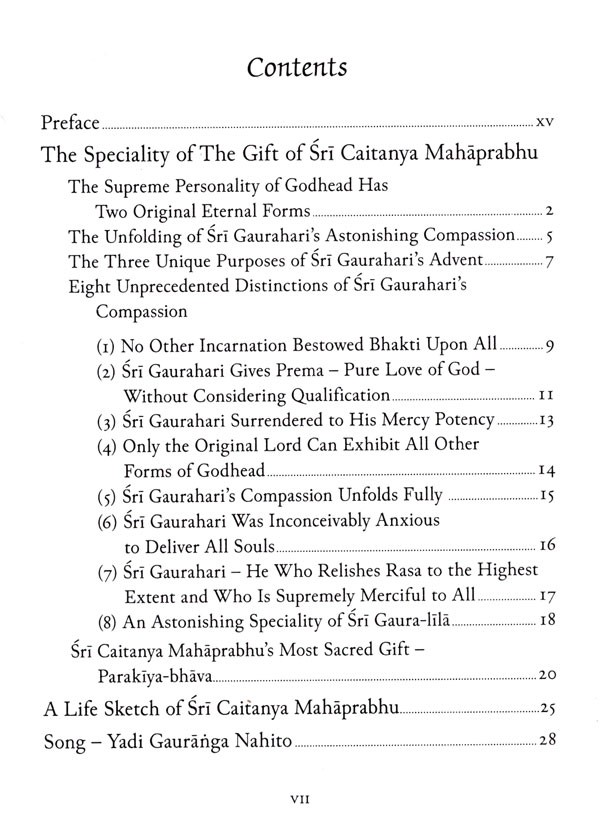 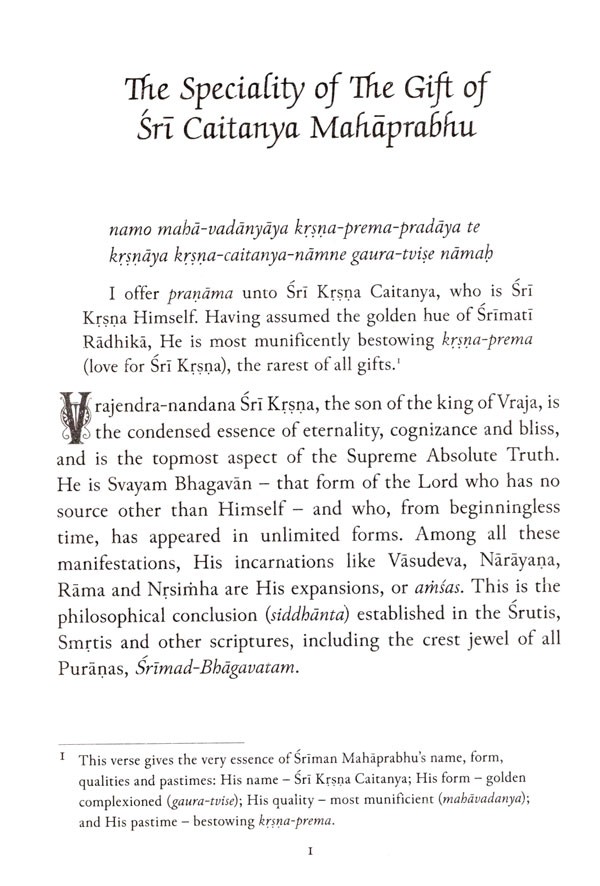 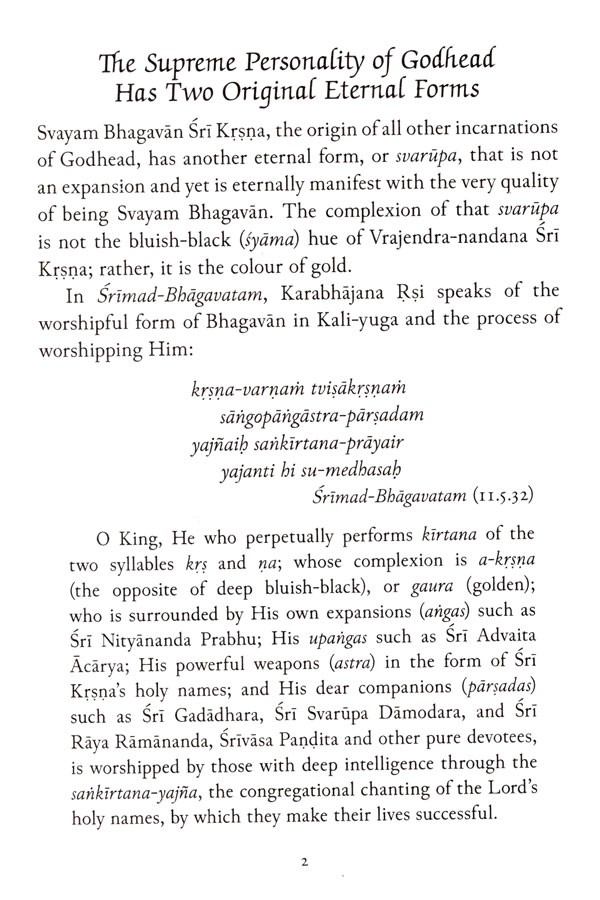 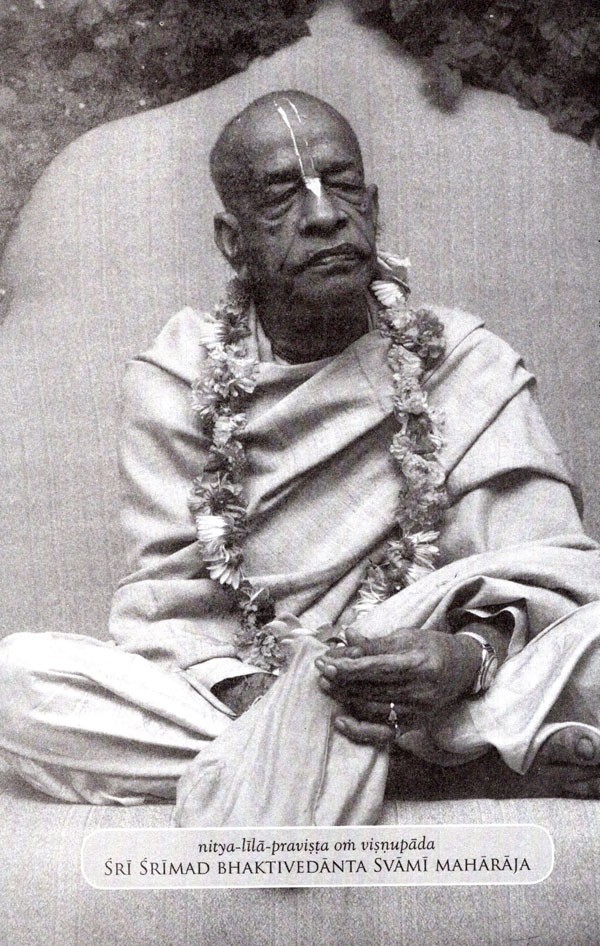 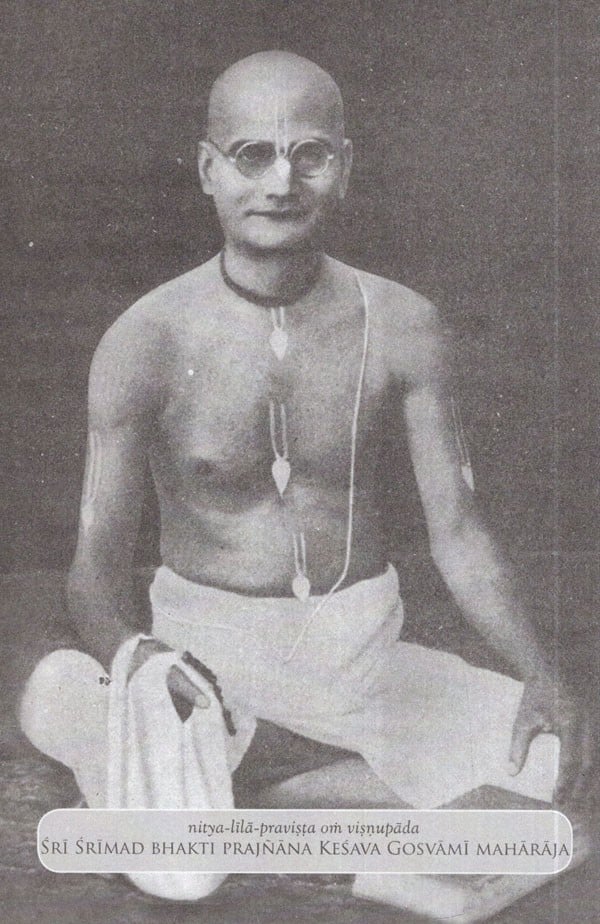