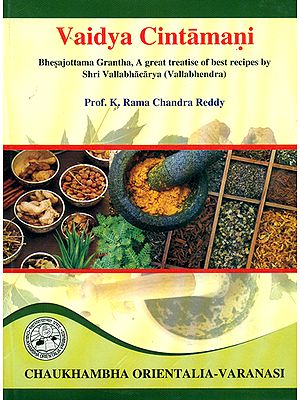 $62.00FREE Delivery
Ships in 1-3 days
Notify me when this item is available
About the Book

Vaidya cintamani written by Vallabhacarya or Vallabhendra is an important great treatise of Ayurveda originated from Andhra Pradesh (South India). It is a famous book of Ayurveda, also fallowed in various parts of the country like Karnataka, Tamilnadu etc. states, apart from its popularity in Andhra Pradesh. Vaidya chintamani was written in 15th A.D. The author of this book i.e. Vallabhacarya or Vallabha or Vallabhendra was considered as a great Ayurveda Vaidya of his times in the history of Ayurveda. The author of Vaidya cintamani i.e. Vallabhacarya proved himself an eminent scholar of Ayurveda with having special expertise in Bhaisajya Sastra and it is proved by mentioning a large number of formulations for the purpose of curing various disease conditions.

Vaidya chintamani is a bilingual work and the contents was presented in Sanskrit and Telugu language. The script of the treatise is in Telugu, where as the language of the Slokas is in Sanskrit. This statement is strengthened by finding popularity of this book in Andhrapradesh.

This book is a great treatise of Ayurveda containing large information about different Ayurvedic dosage forms mentioned according to disease wise. The Etiological factors, Pathology, Diagnostic features, Nadi pariksa and Astastana pariksa are described elaborately. Very important and practically applicable Ayurvedic formulations are mentioned in this book in a large number, hence there is a urgent need to translate and publish this book.

Editing and translation of this immensely valuable text needed since long. In present work a faithful, simple, useful and update with appropriate modern technical terminology by editing and translating into English will facilitate in communicating the ideas of Ayurveda to the concerned persons present all over the world. Further it also fulfills the aim of the Author i.e. Shri Vallabhacharya as he was mentioned that this book is for the Lokahita (For the benefit of the people).

This comes from the Pen of an erudite scholar of Ayurveda i.e. is Prof. K. Rama Chandra Reddy who has devoted his life in study of the text intensively from various angles and has command over the languages including Telugu (As the book was basically written in Telugu) and also having expertise in Ayurvedic formulations.

I feel immense pleasure to write foreword for the great South Indian treasure Vaidya Chintamani written by Vallabhacharya. The manuscript written about 15th Century in bilingual i.e. in Sanskrit and Telugu languages. The book is further edited and translated by Dr. K. Rama Chandra Reddy who belongs to South India and at present Professor in the Department of Rasa Shastra, Faculty of Ayurveda, Institute of Medical Sciences, Banaras Hindu University, who is well versed in Telugu languages and in the subject matter of the book i.e. Nadi pariksa etc. Diagnostic methods, various diseases, Various types of preparations, Processing methods of Ayurvedic medicines and their ingredients.

The book is devided into 25 number of Vilasa. Further each Vilasa is devided in to different Prakarana. The total contents are described systematically on the basis of diseases and by incorporating Suddhiprakarana (Dealing with Bhaishajya Kalpana and Technical terminology), Visha chikitsa (Dealing with Agada tantra etc). I feel honoured in writing this foreword on a monumental work i.e. English translation of Vaidya Chintamani by Dr. Reddy. I wish, this work will definitely gain popularity among those interested in Ayurveda.

I congratulate Prof. K. Rama Chandra Reddy for bringing out this big volume of Vaidya Chintamani by editing and translating in to the English language for the benefit of Ayurvedic community. I bless him for his bright future. 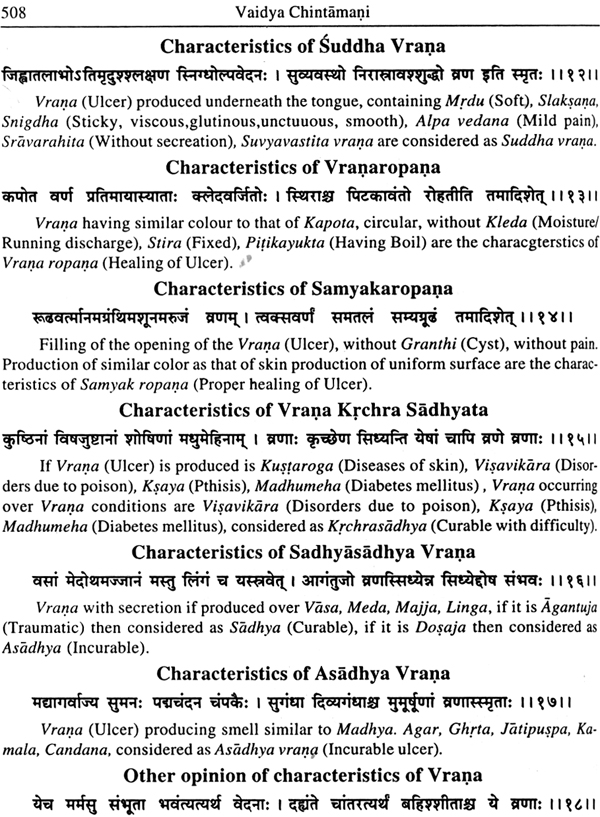 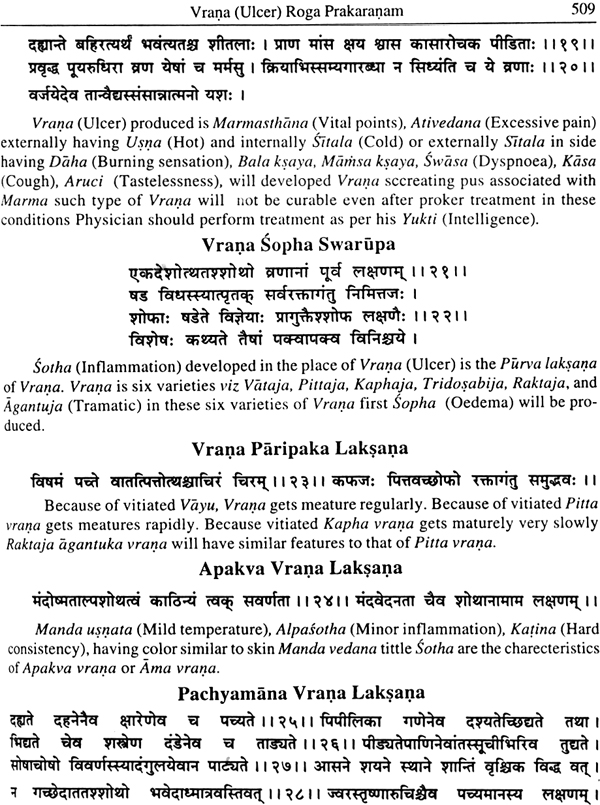 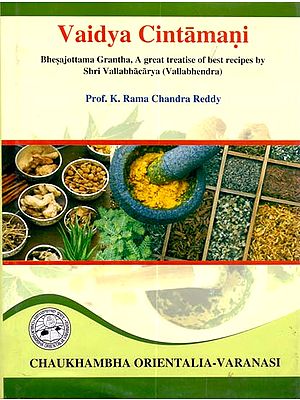 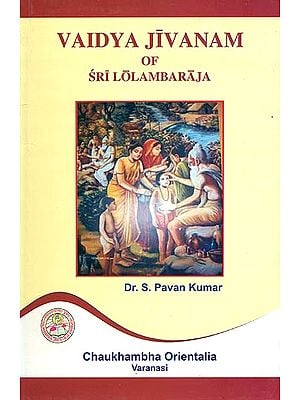 The Wealth of Indian Alchemy and Its Medicinal Uses (Second Revised Edition) (In Two Volumes)
By B. Mukherji
$72.00
FREE DeliveryBestseller 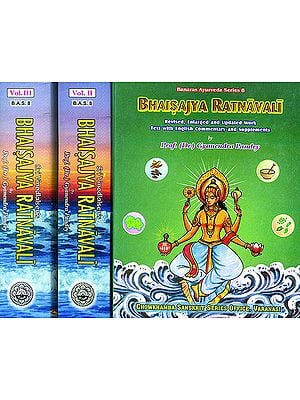