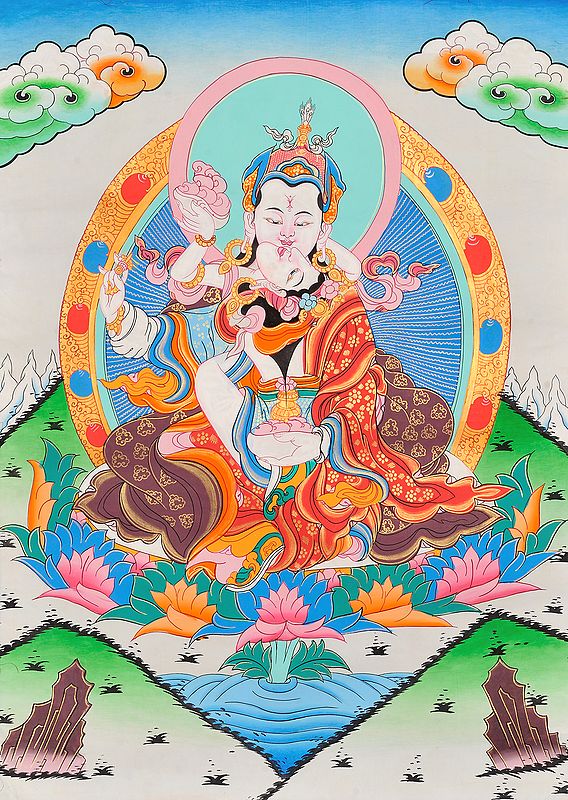 $495
Quantity
Notify me when this item is available

Padmasambhava was an adept yogi, originally from Oddiyana (now the area of modern Afghanistan and northern Pakistan). He was invited to Tibet by the Indian monk Shantarakshita - who was living there at the time, and the Tibetan king Trisong Detsen. Later it was in collaboration with them that Padmasambhava founded the Samye monastery, and tamed many native deities binding them to the service of Buddhism. Padmasambhava trained many disciples by teaching and performing miracles. Indeed, he is rightly revered as the founder of esoteric Buddhism in Tibet, and a major spiritual ancestor of all Tibetan Buddhists in general.

Yeshe Tshogyal was born into a noble family and later resided at the court of Trisong Detsen. She met Padmasambhava during her sojourn there. In the time the two were together, Padmasambhava transmitted to her many important teachings especially those connected to the tutelary deity (yidam) Vajrakila. As well as writing a biography of Padmasambhava, she is said to have recorded many of his teachings which were concealed as 'terma,' - a sort of Dharma time capsule. After Padmasambhava left Tibet, she propagated the Dharma in the eastern regions of the country.

Here the great Padmasambhava is shown in intimate union with Yeshe Tshogyal. His right hand brandishes a vajra, while the left, resting on his lap, supports the vase of immortality. His consort meanwhile, holds aloft the skull-cup - her typical attribute. Padmasambhava's peaked cap is topped by a vajra.

An interesting fact of this artwork is the absence of the sceptre, known as khatvanga, which otheriwise forms an integral aspect of Padmasambhava's iconography. According to the biography of Yeshe Tshogyal, at one point the venerable Padmasambhava wanted to travel with her, without being seen, so he magically transformed her into his staff. Thus, whenever depicted alone, Padmasambhava carries his staff, and when in union with his consort, the latter is but a personification of the khatvanga. 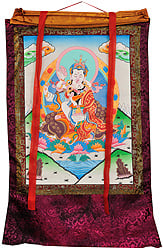 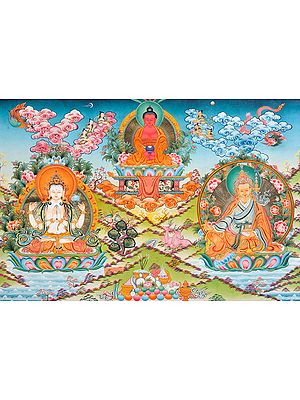 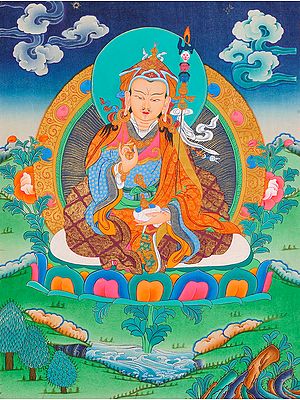 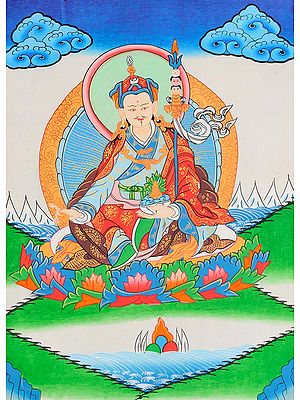 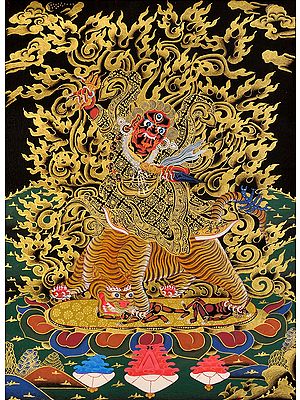 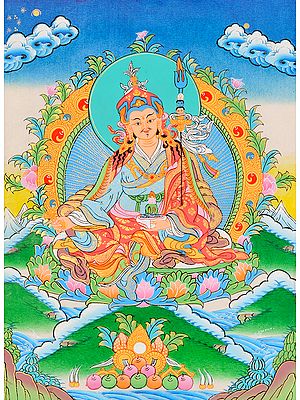