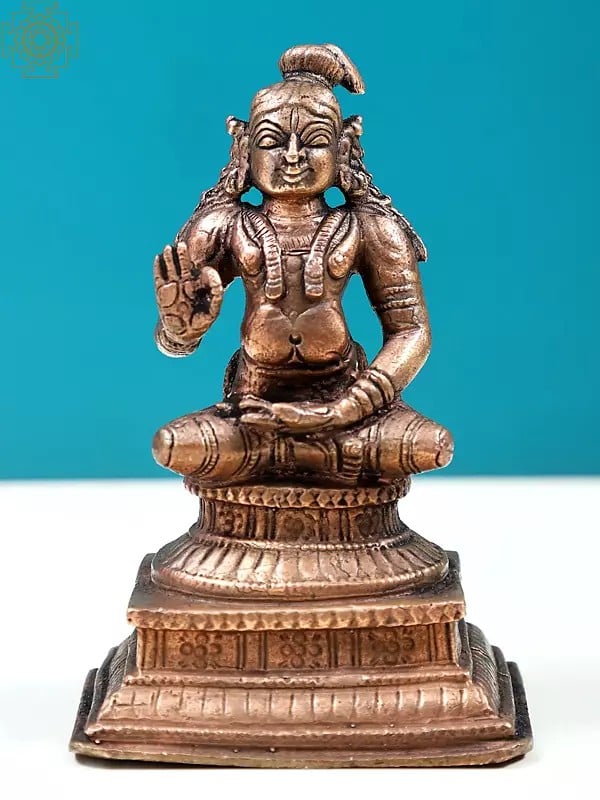 Seated on a platform, with an introspective smile on his round face, this copper murti belongs to the great Alvar (Vaishnava) saint, Swami Nammazhwar. He is credited with the origin of Tamil Vedas and revered as the commander of Lord Vishnu’s army and the creator of several awe-striking texts in Tamil.


On your left is a finely shaped copper statue of Swami Nammazhwar, his hair in a top knot, a typical attribute of ascetics, with his earrings dangling on his round shoulders. His left hand is placed in his lap, signifying meditation, while his right-hand forms the Vitarka mudra, a gesture related to the diffusion of knowledge. Saint Nammazhwar is honored among the Vaishnavas who believe that his followers are granted easy access to the home of Sri Vishnu. 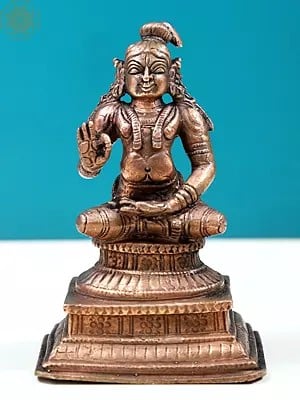 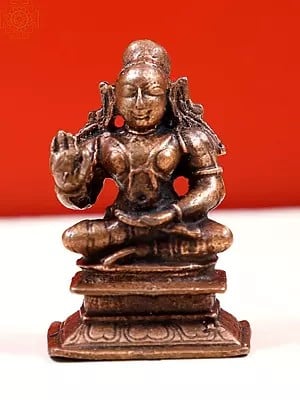