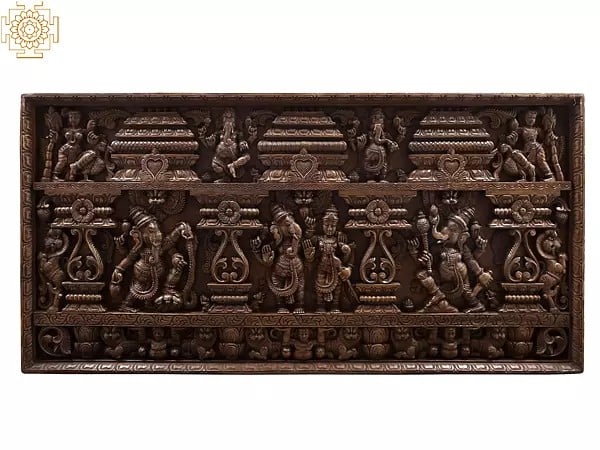 Ganesha and Karttikeya are the sons of Shiva-Parvati. While Ganesha is the elephant-headed one, Karttikeya is known for His superior masculine beauty. Ganesha is the presiding deity over initiative and new beginnings, and His brother is the presiding deity over war. The wood-carved panel that you see on this page depicts the brothers next to each other.

At the centre of the panel stand Ganesha and Karttikeya. The former is chaturbhujadhari, with one hand around the shoulders of the latter. Both brothers have the (anterior) right hand raised in blessing. Distinct figures of solitary Ganesha flank the central ensemble: to the right, He is seen dancing with a vanquished snake; to the left, He is wielding a gada. 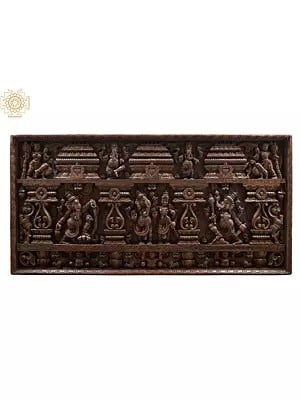