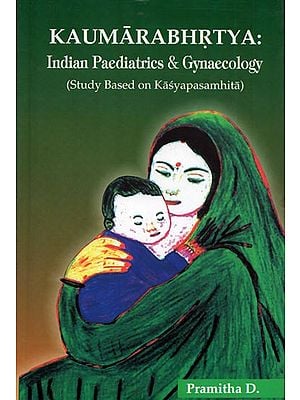 Ayurveda, one of the famous indigenous medicinal systems of India, classifies the treatments in eight branches viz. Kaumarabhrtya, Kayacikitsa, Salyacikitsa, Salakyatantra, Agatatantra, Blilitavidyd, Rasayanacikitsa and Vajikararjaciki-tsa. Kaumarabhrtya also known as Balacikitsa, is one of the eight branches of treatment in the system of Ayurveda. The term 'Kaumarabhrtya' denotes the bearing and nurturing of children. It deals with a wide range of topics including conception, pregnancy, formation of embryo, stages of its development and growth, birth of child, childhood, diseases in between these stages and their treatments. It discusses the human life from the stage of conception up to the age of sixteen years which includes the span of pregnancy, infancy and childhood (Garbha, Bala andKumara).

Kasyapasamhita, also known as Vrdhajivakiyatantra,is a special treatise on Kaumarabhrtya which exclusively deals with the health care of children and gynaecology. The extant treatisecan be ascertained to the period of 7th century C.E. This compendium consists eight sections named as sthanas.The narration of Kasyapasamhita is in the form of a discussion between Kayapaandhis disciple Jivaka.The topics related to the health, disease and treatments of pregnant women, children and mother/wet-nurse are the thrust areas of this work. Pregnancy, post-natal treatments and care of new born were considered there as a most intricate and precariousnatural process in life. Taking this fact into consideration it presents innovative perspectives and methods for handling the phase with grave attention. Kasyapasamhitah-olds thata physician can easily expertize in all other branches of treatment if he is efficient in Kaumarabhrtya.

Albeit Kasyapasarnhita,is a significant treatise on the health, disease and treatments of women and children, it has not been received deserving attention of scholars akin to that of Carakasamhita,or Susrutasamhita, the studies that penetrate into the nature and content of this text are very few. The knowledge of the information supplied in this work is expected to be of commendable help in filling the lacunae in the methods of treatments followed on the basis of other predominant sources.

Ayurveda, the science of life, is one of the most valuable treasures of Indian tradition. The classical works this literature such as Carakasamhita, Susrutasamhita, Astangasamgraha and Astangahrdaya are studied by various s:holars in its different dimensions. Even though Ayurveda is a practical science, the impact of scientific, philosophic and poetic concepts are amalgamated in these compendiums. So not only clinical study of these works but the studies focusing on the literary, historic and philosophical dimensions are also essential to reveal the context of the work. Only through such a historical, social and cultural approach the benefits and drawbacks of the knowledge could be evaluated. Thus Ayurveda is an integral subject of study of a student of humanities. In fact a blended methodology of humanities and science is indeed to reveal the real nature of those ancient treasures. As a student of Sanskrit literature it is my responsibility to understand such a vast literary world of Ayurveda and try to expose its knowledge as far as possible.

The present thesis is entitled ‘Kaumarabhrtya in Kasyapasamhita'. The now extant treatise of Kasyapasamhita is a redacted version of 7th century C.E. The text deals with pregnancy, childcare, puerperal period, diseases and treatments of these stages. Being a samhita, it also describes the general topics related with remaining branches of Ayurveda. Koeyapasamhitei consists nine sthanas (sections) divided in to two hundred adhyayas (chapters) in which one complete section and about a large number of chapters are unavailable now. Pandit Hemaraja Sharma had edited the text with an introduction and notes. Dr. Premvati Tiwari had also edited the text with English translation and commentary. An English translation of this work by K.R. Srikantha Murthy is also available.

Prof. P.V Ramankutty, Publication Director, Kanipayyur Sankaran namputiripad Smarakagranthasala, Kanipayyur, Kunnamkulam, had given me many valuable suggestions during my research. I extend my sincere thanks to him. I am grateful to Dr. P.V. Narayanan, Professor, Department of Sanskrit Sahitya, Sree Sankaracharya University of Sanskrit, Regional Centre, Payyanur, for his valuable observations and ideas which helped me in the shaping of this thesis.

I also express my thanks to all the teachers and friends in the department of Sanskrit Sahitya, SSUS who had given suggestions and support during the preparation of this thesis. I must extent my thanks to the librarian, library staff and authorities of Sree Sankaracharya University of Sanskrit for their co-operation and support in my research. I had visited the libraries of other universities such as Banaras Hindu University, Sampoornanda Sanskrit University, Kasi Vidya Pitha, Varanasi, University of Calicut and the Chinmaya International Foundation Sodha Sansthan, Veliyanadu during the period of my research. I am thankful to the staff and authorities of the respective institutions for their co-operation. 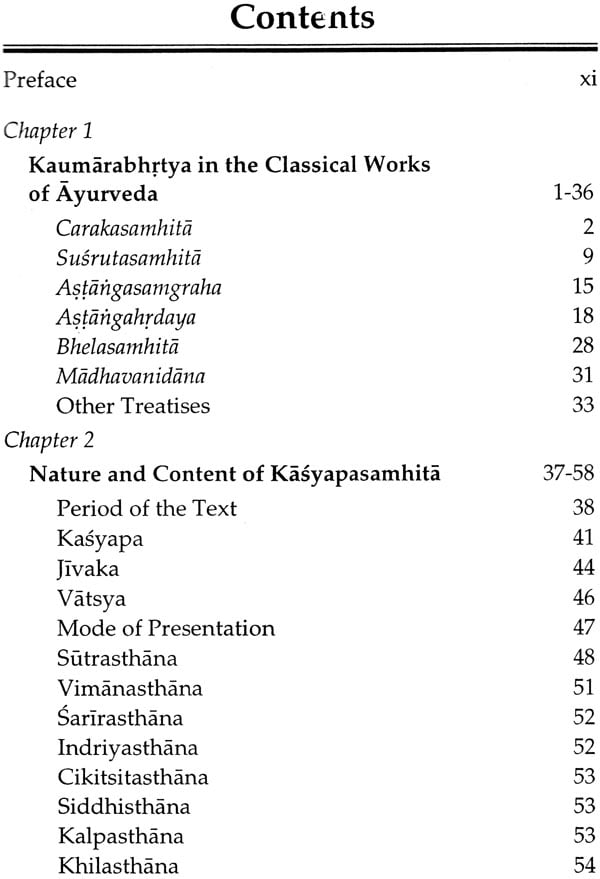 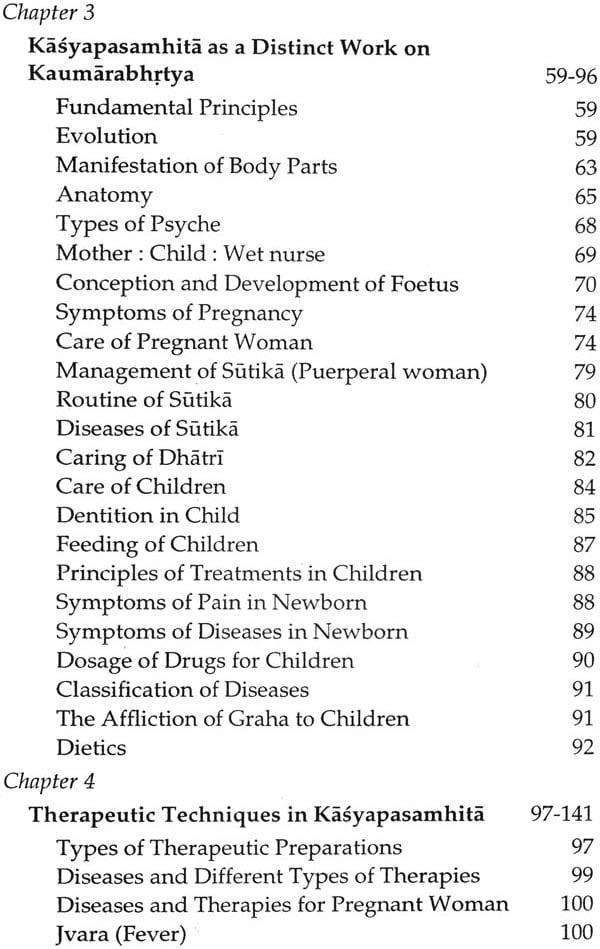 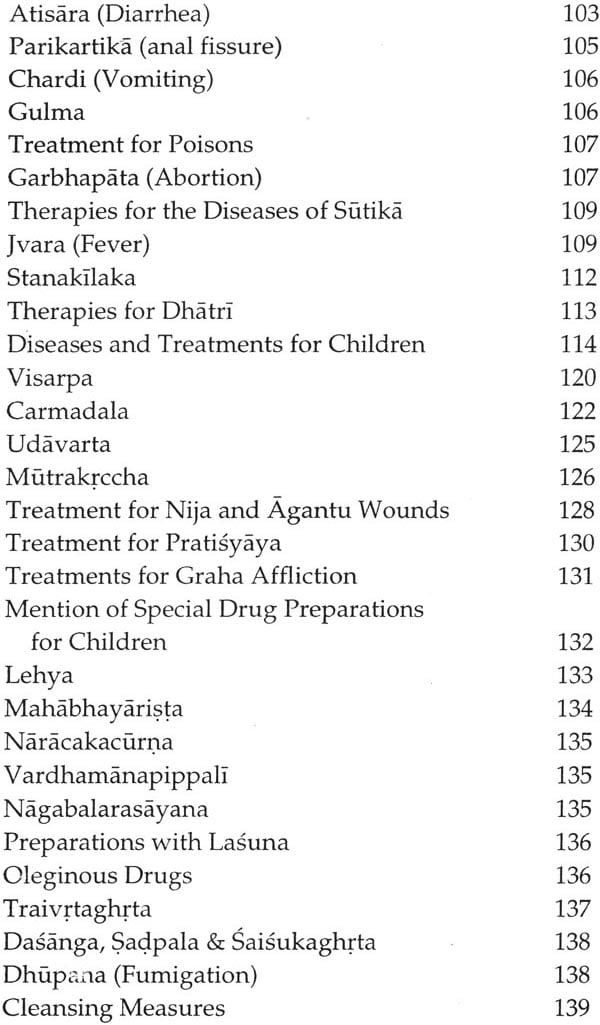 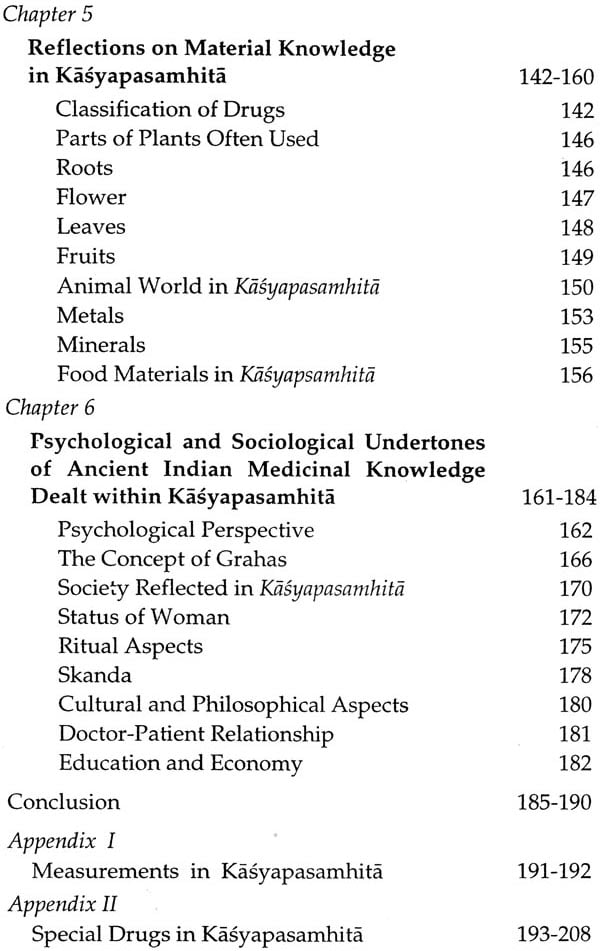 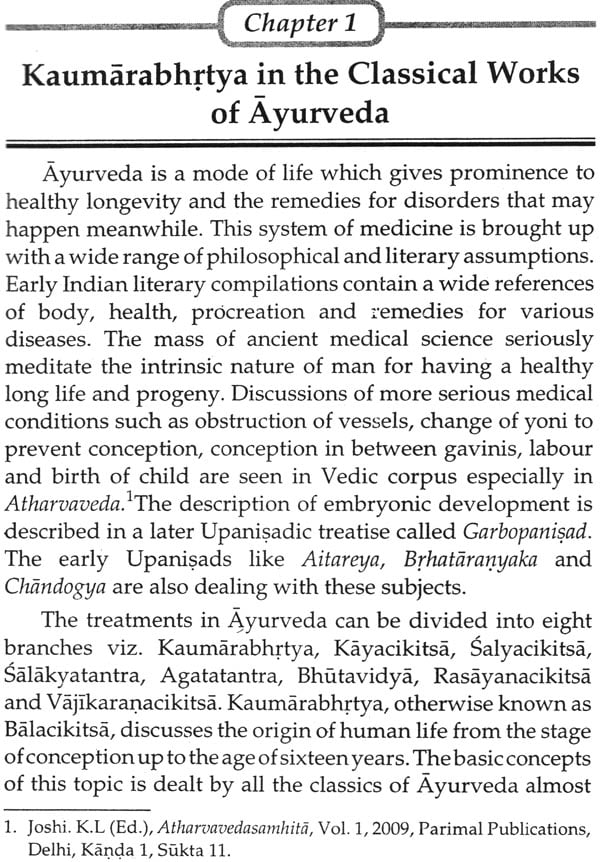 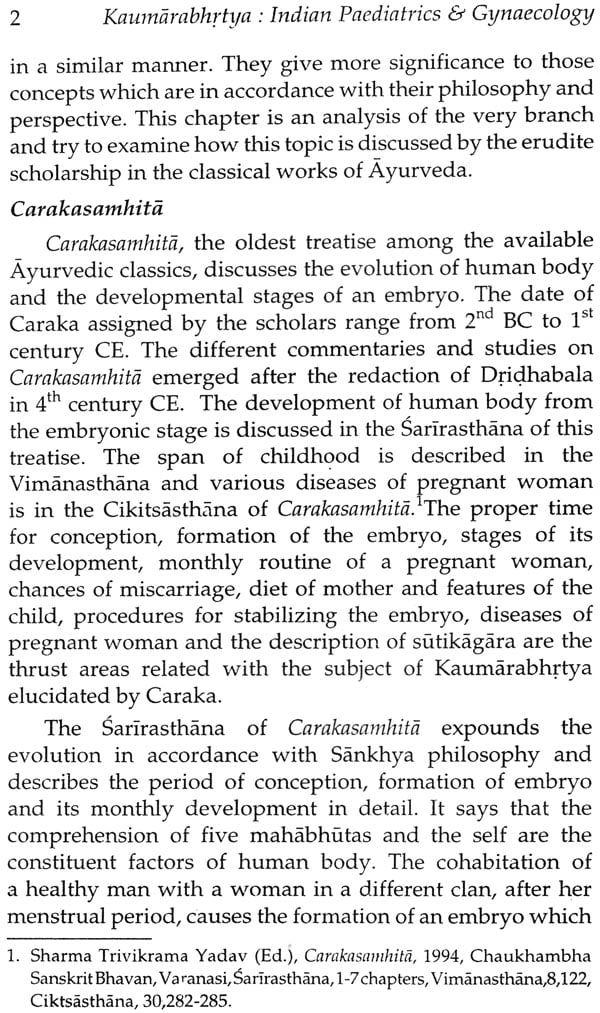 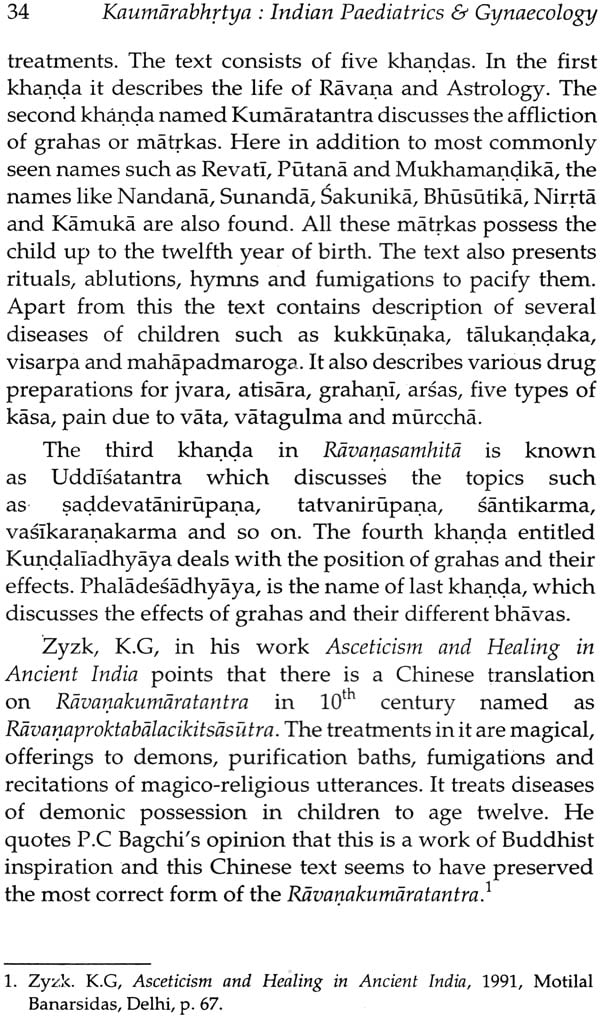 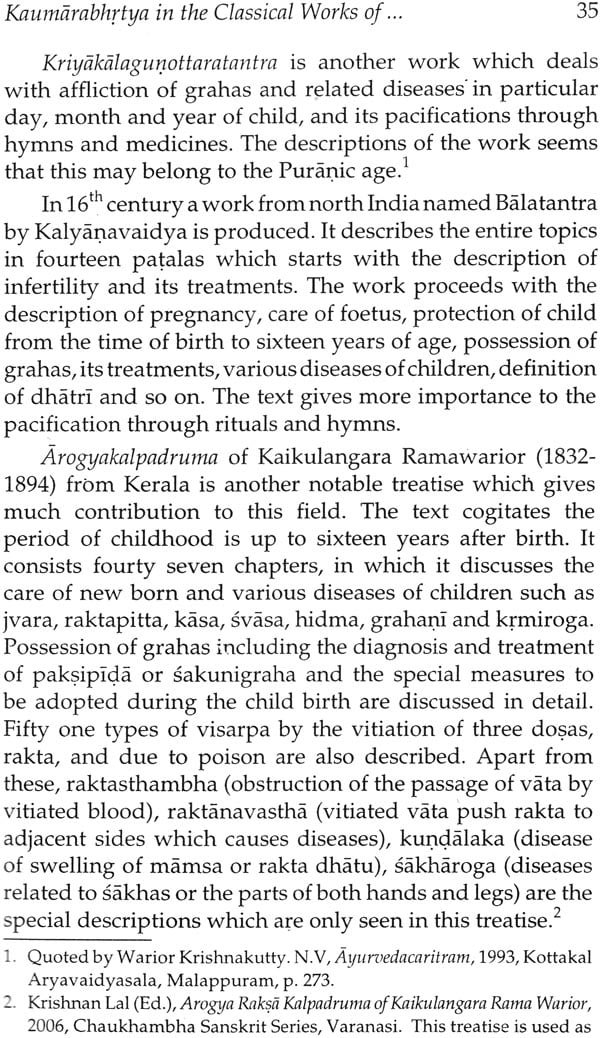 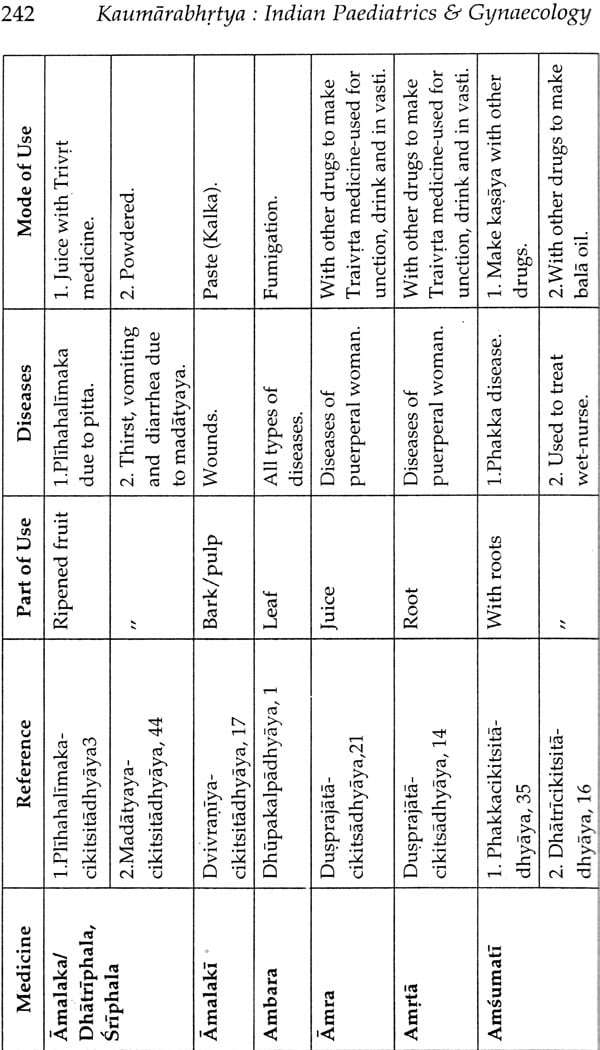 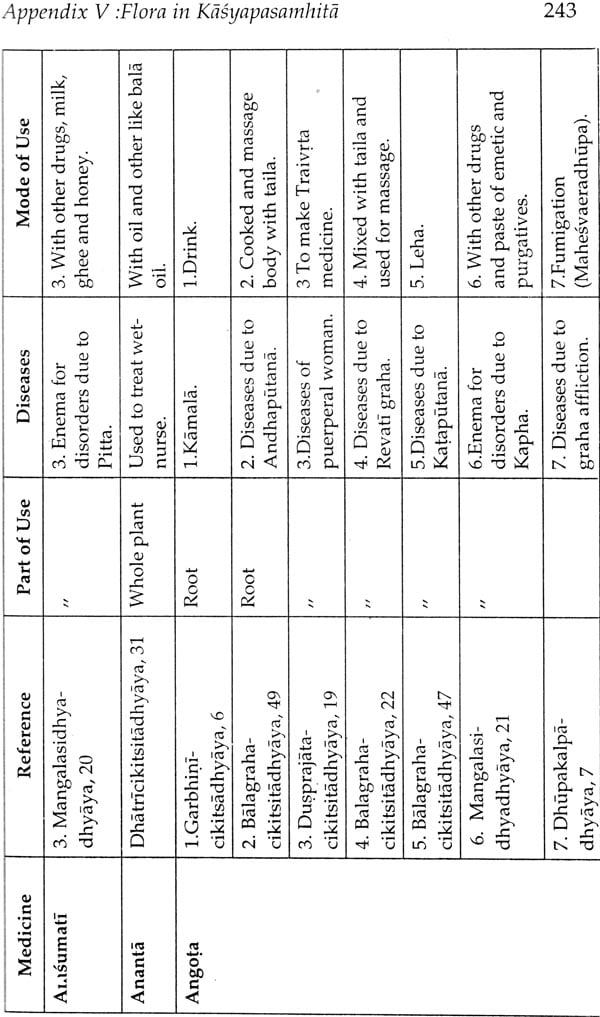 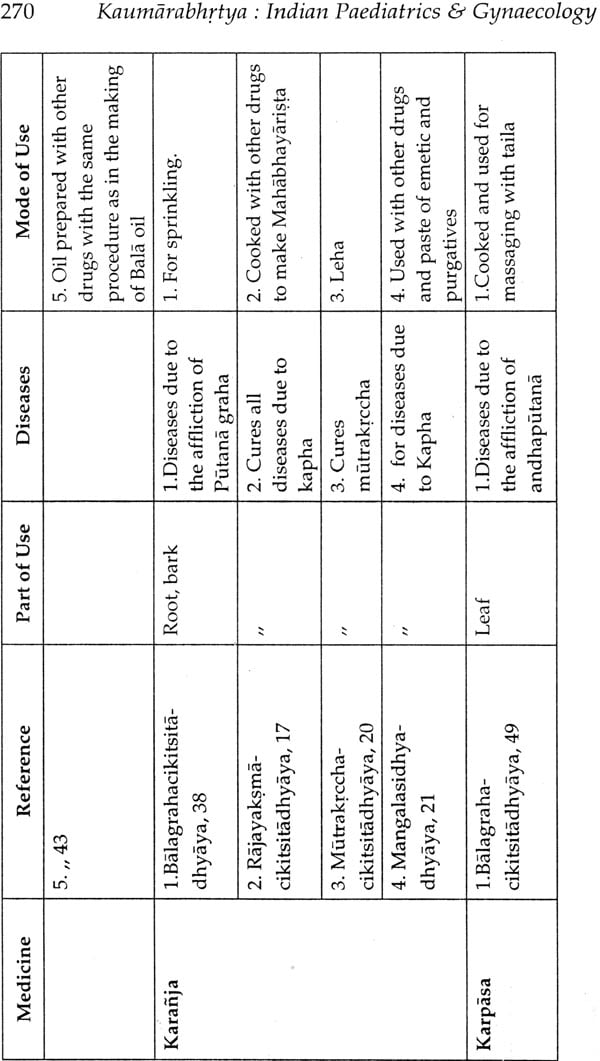 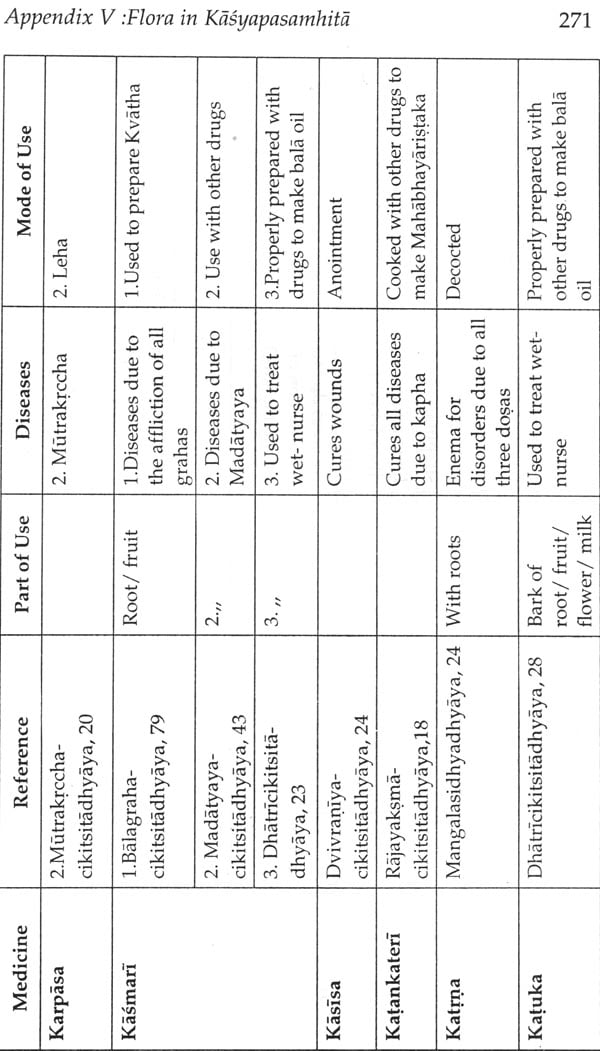 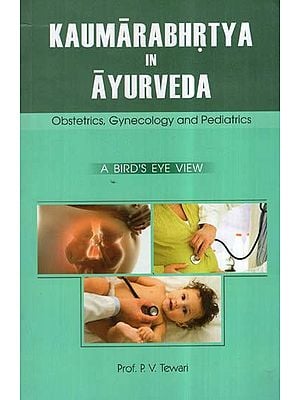 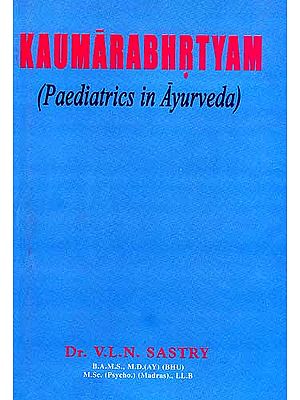 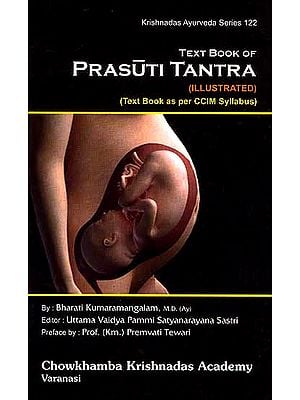 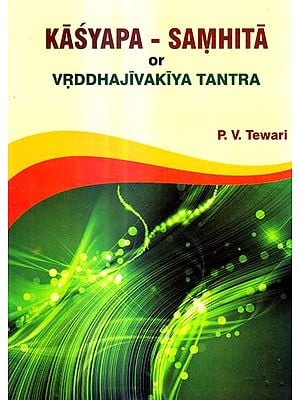 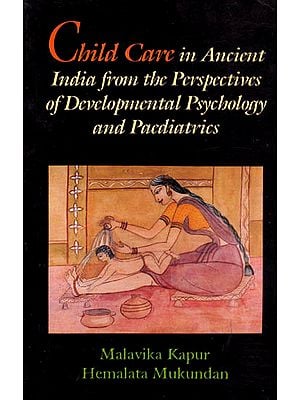 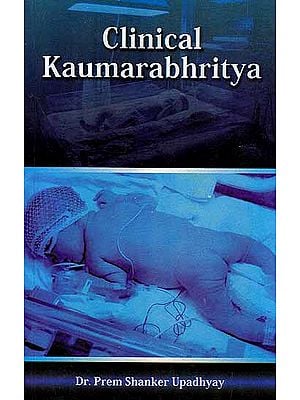 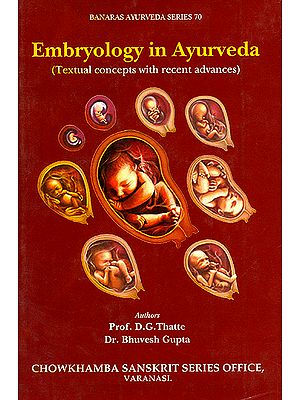 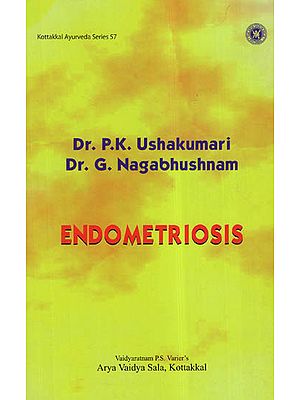 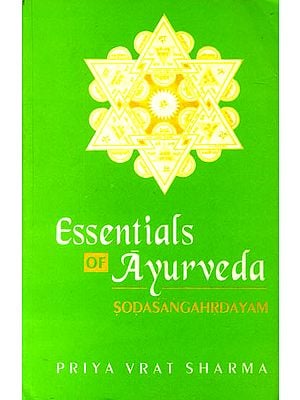 The Mind In Ayurveda and Other Indian Traditions
By Dr. A.R.V. Murthy
$43
FREE Delivery
Bestseller 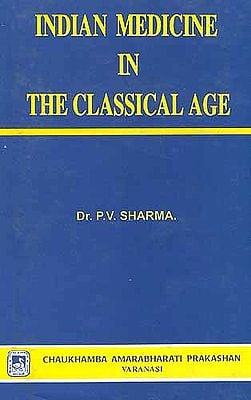 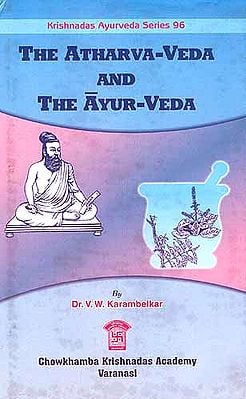 The Atharvaveda and The Ayurveda
By Dr. V. W. Karambelkar
$31
FREE Delivery
Bestseller