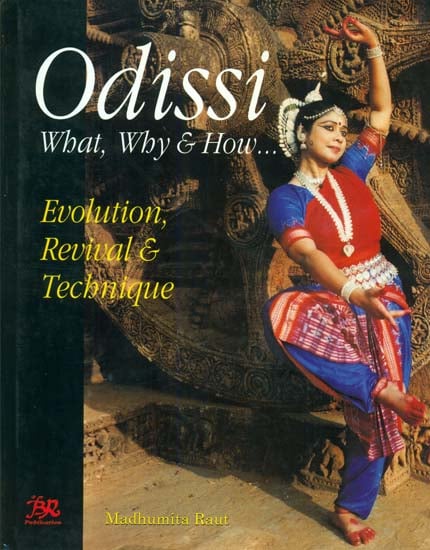 Odissi did exist as a distinctive style of dance about 2,000 years ago when Natyashastra, one of the ancient Indian treatises on dance and dramaturgy, was written. Aesthetic sensuousness, flowing movements and rare lyrical grace within a classical framework have won for odissi dance an ever increasing clientele during last three decades.

Odissi-What, Why & How... traces the origin and development of Odissi dance with a special emphasis on the renaissance years of odissi, the period which saw the efflorescence of Odissi as it came to be recognised as a prominent classical dance of India.

The book also throws light on the technical aspects of Odissi, based on Natyashastra. Abhinaya Darpana and Abhinaya Chandrika. Detailed chapter have been devoted to Navarasas, Various Moods of Nayika, feet positions and more. A special section is dedicated to Aharya (adornments) and Vachika (Musical accompaniment of Odissi).

The book aims to be a source of joy for Odissi dancers and connoisseurs alike.

Madhumita Raut is the torchbearer of her illustrious father Guru Mayadhar Raut’s dance legacy. Guru Mayadhar Raut is the pioneering spirit who revived Odissi with Shastra-based knowledge A dynamic dancer, dedicated Guru and a scholar of repute, Madhumita Raut has taught and performed Odissi in more than 28 countries. She lives and works in New Delhi, where she runs Jayantika Association’s Mayadhar Raut School of Odissi Dance. Perseverance, continuous efforts and an uncompromising commitment to her art makes her today an artist to reckon with.

Whenever we talk of dance, our mind immediately flashes on the image of Lord Shiva in his dancing posture. Whatever information we have today, it is only from the sculptures and scriptures. From these we trace its origin and the history.

If we have any thing to prove about the form of dance centuries ago, it is the dancing sculptures in the temples which will give us a glimpses of the past, as well as prove its existence and various postures, From the Vedic times music and dance have been practised and were a part of various religious purposes, festive occasions and so no.

In music unlike dance, we have nothing to prove how it existed and in what form, excepting the Vedic hymns which is even practiced today. But in case of dance the various forms have a lively testimony in the form of temple sculptures, as to how they existed thousand years ago.

In her maiden venture Madhumita in her book "Odissi - What, Why & How ... " has tried to present the history and its gradual development of this classical dance form known as Odissi, in fifteen chapters. Madhumita Raut has earned a name in the field of Odissi as one of the leading exponents of this poetic form and learnt the art from her illustrious father and Guru, Shri Mayadhar Raut, one of the oldest living legends of this Classical form. She has not only earned a name as a performer of high merit but also has studied from the theoretical point of view and this book is the culmination of her extensive studies.

Due to her educational background she has presented the scholastic history of Odissi dancing from the earliest days. This dance form was not widely known before independence of India. Those who contributed in making it popular by their performances and also by training a number of brilliant students to popularise and propagate this celestial form, Shri Mayadhar Raut's name is one of them, who has trained more than thousands of performing students.

It is no wonder that Madhumita, a worthy student of a worthy Guru has carried on this tradition and presented the history, technique, Abhinaya, Nayika and Nayakabheda in a most detailed and simplified manner in this book.

I am sure that this book will be a guide for the discerning scholars and students of Odissi. It is quite gratifying to note that the book is written in such a lucid manner that a common man will be interested to read and know more from the content and from the pictorial illustrations.

Dance is a form of Yoga for me. It is a passionate activity with a supreme spiritual goal of uniting with the inner self, the Power within or the God Almighty.

I started dancing when I was barely three, soon after that my formal training in Odissi began. My years of upbringing were totally imbued with the colours of classical music and dance. Evenings for me meant watching performances of great dancers and listening to great maestros of music. Endless inspiring moments were spent in the company of learned artists. This, along with my father's training and my mother's disciplined guidance, nudged me to delve deeper into the world of Odissi. I am still a student, studying the intricacies of Odissi under my father.

I share with my readers whatever little I have imbibed in the form of this book. It is a study of odissi that aims to be a source of joy to odissi students and connoisseurs alike.

For a few years I travelled widely in Europe, living out of a suitcase, hopping in and out of airports. That gave me an opportunity to showcase my dance all over the world. Then came the period when I taught extensively in Holland and Germany. Everywhere the students urged me to give them 'notes' in the form of a book. Writing a book meant' nurturing my own roots. Not only did I spend wonderful moments in Delhi with my parents but I also visited my birthplace-the beautiful Orissa, with temples and more temples everywhere. I fell in love with Orissa, the home of lord Jagannath. Writing this book has been a real homecoming for me and I intend to keep it this way.

I decided to go ahead with this book because my exploration in Odissi brought me close to the dynamics of life and I had an urge to share what I discovered. A beautiful and exquisite dance from like Odissi had to travel-travel far and wide, travel into our hearts, our minds, our beings and every nook and corner of the world.

What is Odissi? An ancient dance form of Orissa infused with Bhakti Rasa. What is Odissi? A graceful dancing sculpture coming to life, moving sensuously on an ethereal plane, powerfully intoxicating the spectator and the dancer alike, into a meditative world of Bhakti Shringar Rasa, where only the Gods reside. 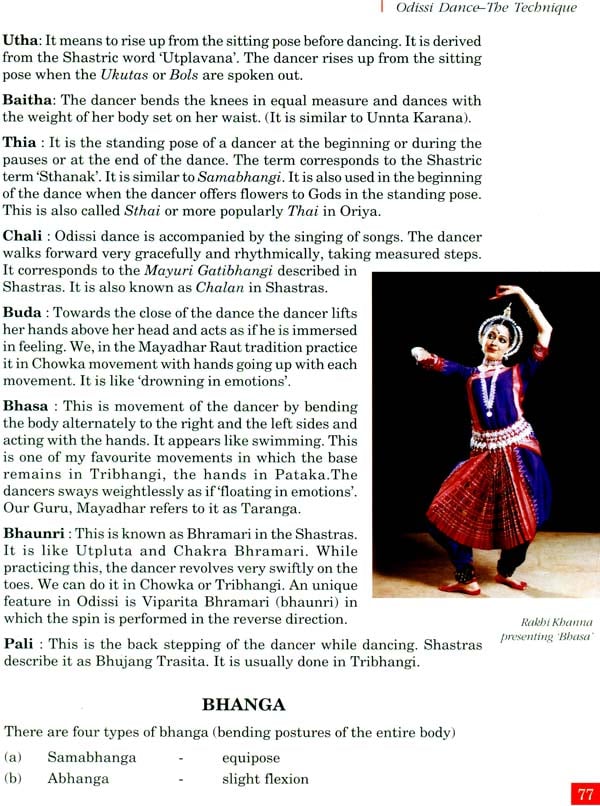 My Journey: A Tale of Two Births
By Ileana Citaristi
$46
FREE Delivery

The Making of a Guru: Kelucharan Mohapatra His Life and Times
By Ileana Citaristi
$36.80
FREE Delivery
$46  (20% off)