In this small book the Supreme Lord Sri Krishna Chaitanya Mahaprabhu's short life history and His octet named 'Sri Shikshastakam', pregnant with all the Divine teachings are given.

In this Shikshastakam there are 8 stanzas. These reveal the quintessence of all the Vedas and Vedanta. The only Object of our worship, the Supreme Lord Sri Krishna is attained by the chanting of His Name alone. Name is means and Name Himself is End. In this book the glory of the Name, the rules to be followed who take recourse to the Name, the fruits thereof by chanting the Name etc are dealt with. In Bengali Srila Bhakti Vinode Thakur, the pioneer of Bhakti-cult in 19th century and Srila Bhakti Siddhanta Saraswati Goswami Thakur, the illustrious Founder-Acharya of Sri Chaitanya Math and its branches Sri Gaudiya Maths §the Parent Organisation of the present Gaudiya Vaishnava Movement throughout the world§ gave their commentaries.

This translation is done as per those commentaries.

The essence of the teachings of the Lord Sri Chaitanya are composed in 11 shlokas as Upadeshamritam by Srila Rupa Goswami, who is the very heart of the Lord. In this, the state of an aspirant, the obstacles he faces in the spiritual path and the secrets for overcoming those obstacles are explained. The association with the Holy Saints, which helps an aspirant to reach the highest Bliss, and such holy saints' qualities, how' to behave with them, the essence of their teachings i.e. chanting of Harinama, and the procedure of chanting the Name, how one should recollect the Pastimes of the Lord etc. are explained. It is established here that the Highest Object of worship is Sri Krishna. How the Giriraj Govardhana is superior to Vaikuntha or even to Mathura is mentioned herein.

How the devotee is far superior to karmi, jnani and yogi is explained. Again among the devotees how the Love of Radhika to Krishna is the Supremest is described.

Sripad Narasimha Brahmachari §presently called His Holiness Sripad Bhakti Saurabha Narayana Maharaj§ translated these too books into English, which were published long back in our monthly magazine 'The Gaudiya '. The readers cannot but be impressed with the original thoughts of commentators in English.

Lastly, we wish, in these days of thirst for blood and vengence and a keen desire to appetize the hunger for peace, the Life of Divine Love may sound a clarion call to revise the prevalent sordid ways and means and awaken mankind to a life of unity, fraternity and Divinity. We shall deem our efforts crowned with success, if this book paves the way for an approach to such a world.

I am fully confident that, if any kind reader of this book peruses it, ignoring the writer's shortcomings in language, he would surely be pleased with its contents.

My sincere thanks are due to H.H. Sripad B.P. Janardana Maharaj for going through the proofs. I also thank Sri Dhanapal and Sri Gautam to bring this small book to print so nicely in time. 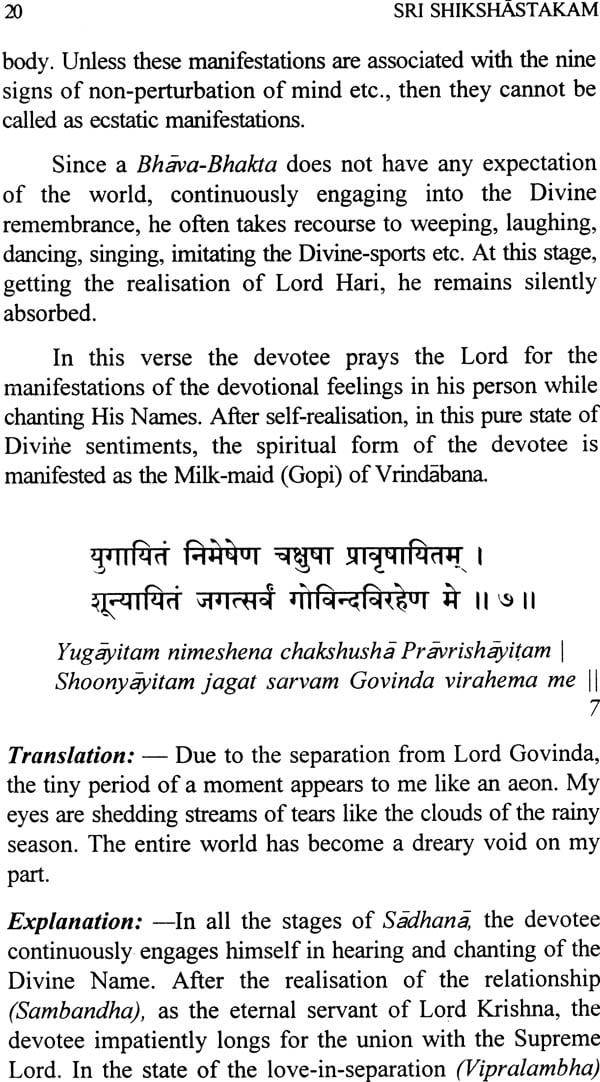 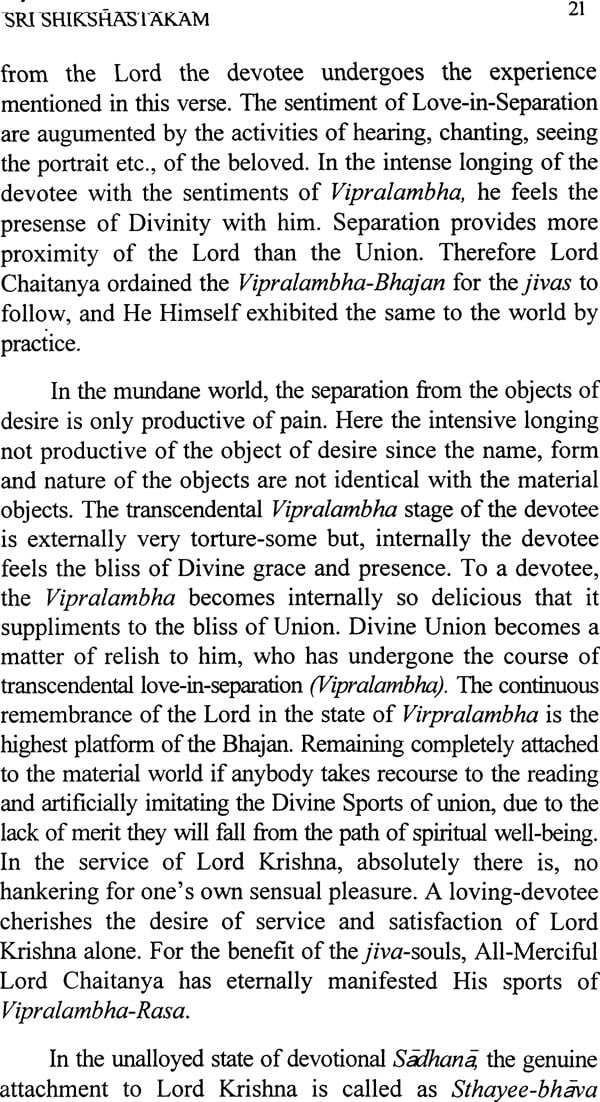 Siksastakam of Sri Caitanya (With Detailed Commentary)
By Swami B.V. Tripurari
$23.50
Out of Stock