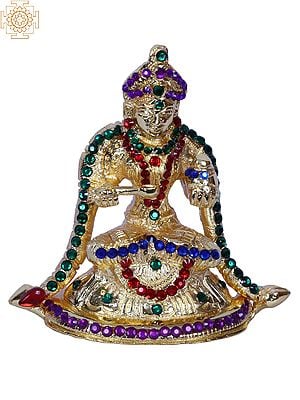 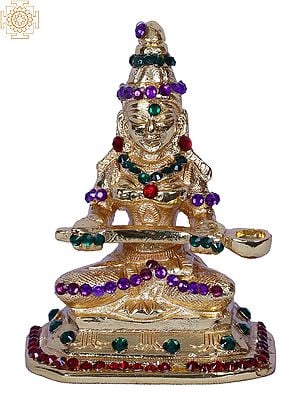 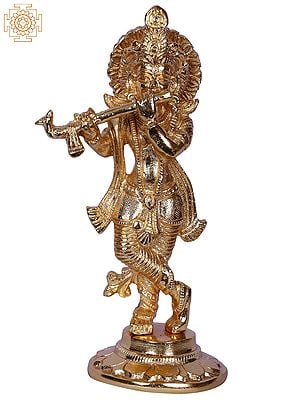 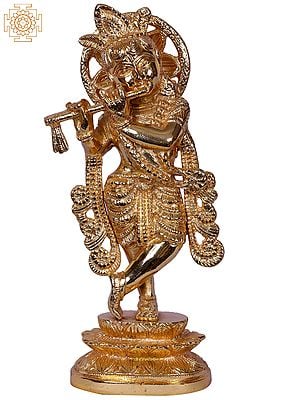 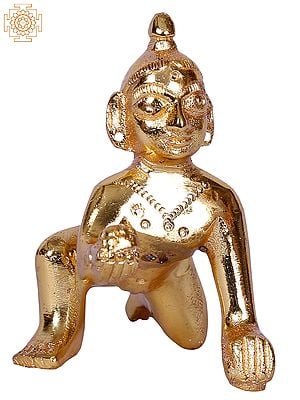 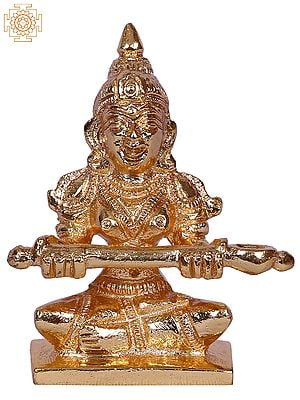 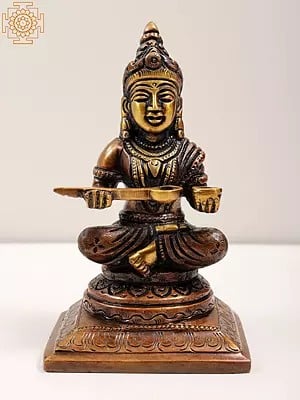 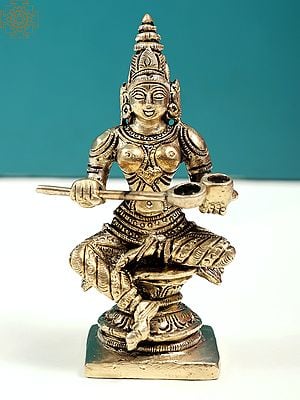 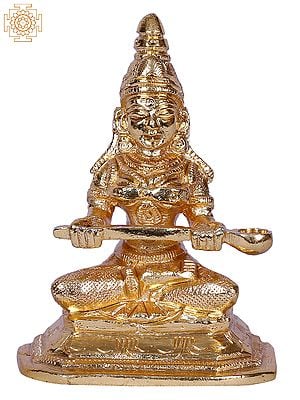 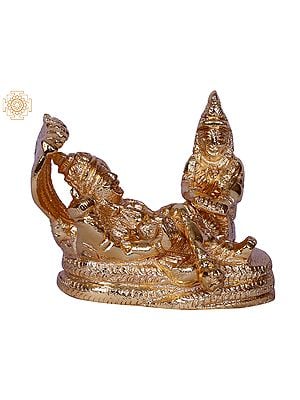 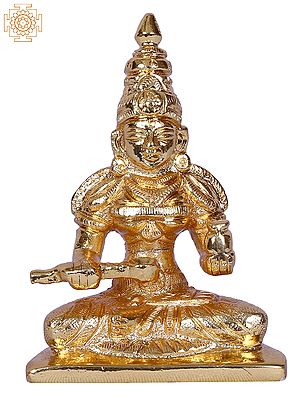 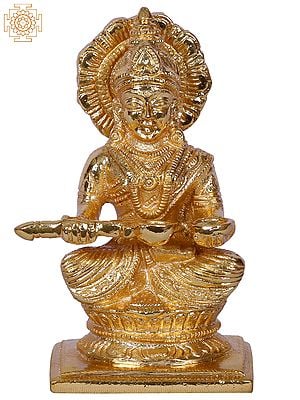 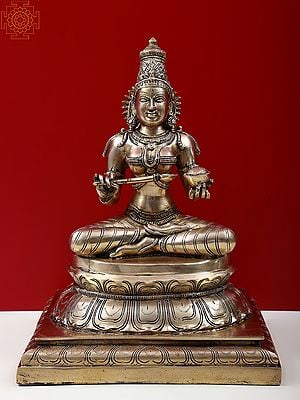 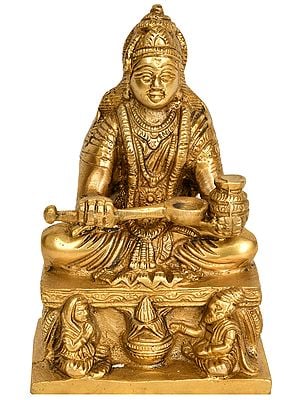 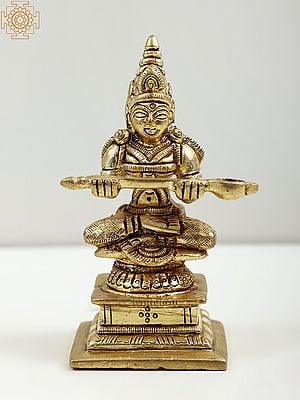 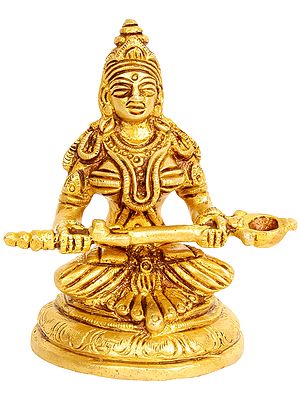 Manifestation of Parvati, the divinity of food and nourishment, Goddess Annapurna

Based on a well-known legend and holy scripture, the Hindu deity Shiva rejected the importance of food, declaring it a celestial hallucination. His spouse, Devi Parvati, a personification of Divine Shakti, was upset on learning this. She withdrew herself from Lord Shiva's sight and, together with her, disappeared all sources of sustenance and nutrition from the earth in order to illustrate to him the necessity of nourishment in existence. After recognizing the benefits of nourishment, Shiva implored his wife Parvati, who is additionally called Annapurna and carried a begging bowl, for nourishment as alms. But as the compassionate mother that she is, she also couldn't stand to see her cherished children suffering hardships. She rushed to their assistance out of immense love, set up a kitchen at the religious place of Kashi, and started feeding everybody infinite portions of food to fill both their spirits and their appetites. Mahalakshmi, the deity of wealth, and Devi Annapurna are comparable because the former confers material prosperity. During the Annakut Festival annually, temples dish out special currencies that are intended to be venerated in an attempt to receive the goddess' graces. The locals are of the opinion that Annapurna Devi, as ruler of Kashi, helps to ensure that nobody starves in her city.

The portrayal of Annapoorna exhibits her as a lovely young lady with a light complexion, a sparkling, round face, three eyes, and four hands. Well adorned, she is carrying a gold spoon in her dominant hand and a decorative pot with tasty porridge or food in her left lower hand. Her other hands are exhibiting the defensive Abhaya and the blessing-giving Varada mudras. In some depictions, Lord Shiva is seated beside her carrying a begging bowl, and she is seated gracefully on a golden throne with the crescent moon decorating her head.

The Annapurna Sahasranama provides a thousand titles with which people still refer to the goddess Annapurna. When she is venerated, her various names from the mantra termed as the Annapurna Sahasranama Stotram are recited in her reverence. The worshippers should recite her names with full dedication and faith in order to obtain either sustenance and wisdom. We must also worship Goddess Annapurna preceding mealtime, praising her for providing food and preventing us from going to sleep on an empty belly.

The favors of Annapoorna address all of the believers' requirements, encompassing their religion in addition to their practical ones. In their dwellings, there will never be food shortages or other essentials. Her mercy can also bring individuals great health, wealth, and happiness, and married women can ask for their husbands to live a long life and have satisfying relationships. She is portrayed as the apex deity of the eternal realm, far above Maya. She debunks stress and improves protection and happiness. Poorna means completely full, while Anna is nourishment. This renders Annapoorna "the provider of nourishment." All living creatures are her offspring, whom she nourishes in a bid to keep them alive and healthy. She is the almighty mother. She provides energy to gain knowledge and understanding in addition to nourishment for the soul in the shape of knowledge, which extends beyond physical existence.

Q1. Where can you place Goddess Annapoorna at home?

For your residence, Annapurna Devi should be situated in the northeast direction, either inside the kitchen or the mandir.

Q2. How can you seek the blessings of Goddess Annapoorna?

By chanting her thousand names, or by reciting  Shankaracharya's Sri Annapurna Ashtakam, one can seek Goddess Annapoorna's blessings.   Pray loudly and conduct the ritual.

Q3. How to use Goddess Annapurna statue?

Annapurna is a manifestation of Goddess Parvathi and is known as the Hindu Goddess of food and nourishment. In Hinduism, worship and offering of food are highly praised before consuming it. Akshaya Tritiya is considered to be the birthdate of the Goddess Annapurna.

Annapurna is worshiped through the recitation of her thousand / one hundred and eight names. The Sri Annapurna Ashtakam composed by Shankaracharya is chanted by several devout Hindus around the world as a prayer for nourishment, wisdom, and renunciation. Before partaking of any food, Hindus chant the following prayer:

The grace of Parvathi is thus solicited.